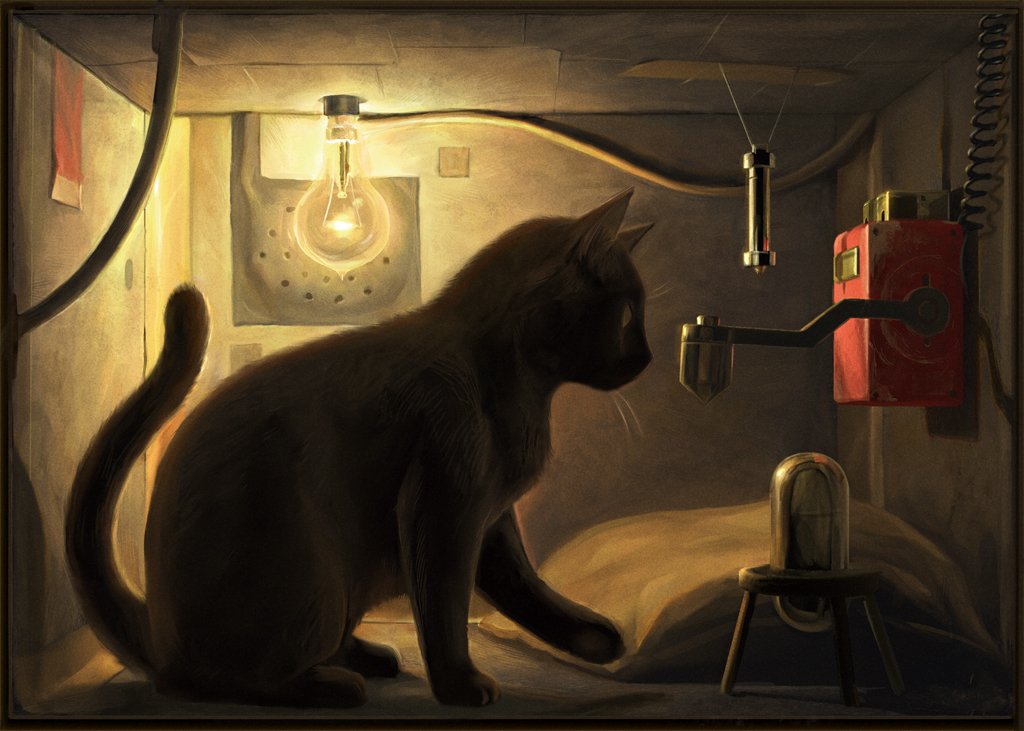 Scientists, mainly from Zhejiang University led by Professor Haohua Wang and Institute of Physics of Chinese Academy of Sciences led by Professors Heng Fan and Dongning Zheng, have successfully created Schrödinger cat states of up to 20 qubits with a superconducting quantum processor. In addition, they show that the generated 18-qubit Greenberger-Horne-Zeilinger (GHZ) state is genuine entangled. So far, it is the largest GHZ state ever created in solid-state quantum computation platforms. The achievement of these results is a big step toward building a quantum computer. The results are published in Science 365, 574-577 (2019).

In the past years, great progresses have been made to build a quantum computer. People expect that a first generation of quantum computer may be available in the next years, which may possess more than 100 coherently controllable qubits. There are various schemes to realize a “qubit”, which is a generalization of “bit” in a classical computer. Based on the Josephson junctions, the superconducting qubit is one of the most promising schemes because of its long coherence time, high-fidelity control and precise readout, which are basic criteria for a quantum computer. In particular, the scalability is another significant advantages for the superconducting quantum processor, which enable to integrate a great number of qubits into a single chip. When the qubit number of a quantum computer reaches a threshold, the corresponding computational capability will surpass that of a classical computer. This situation is called quantum supremacy. In general, people expect that this threshold is at least 50 qubits.

To coherently control all qubits in a superconducting quantum processor, it is necessary to guarantee that each qubit can be controlled and read out precisely, and an arbitrary pair of qubits can be entangled. Nevertheless, it may be more challenging to entangle all qubits to generate a GHZ state, which takes a superposed form with all qubits simultaneously in 0…0 and 1…1. The generation of multiqubit GHZ state is a benchmark for demonstrating the performance of a quantum device and control. To achieve these aims, the scientists from China designed an all-to-all device, where any two qubits are coupled to each other through a center bus resonator. Altogether, there are 20 qubits integrated into the superconducting quantum device, and all qubits have long coherence time as well as the capability of full control and readout with high fidelity. Then, the aim is to show that all qubits can be entangled to generate a GHZ state or more general, the multi-component Shrödinger cat states.

On the one hand, the multi-component Shrödinger cat states can be used to test the fundamentals of quantum mechanics such as the nonlocality and contextuality, which are counter intuitive in contrast with our everyday life. For instances about nonlocality, an entangled state shared by spatially separated parties may collapse instantaneously to a state when a measurement performed on one party, leading to that the states possessed by two parties coincide with each other. This non-locality was once questioned by Einstein-Podolsky-Rosen for the completeness of quantum mechanics. For contextuality, it states that the results of measurement may depend on the order of two measurements. On the other hand, the entangled states, such as the cluster states, are valuable resource for quantum computation and quantum information processing. For example, with entanglement preparation, we can perform a one-way quantum computation, meaning that quantum computation can be performed by only sequentially qubit measurements.

Generation of entangled states with increasing number of qubits is one route to build a quantum computer. In the past years, groups over the world have made many great achievements: the GHZ state with 14 trapped ions, 12 photons, 18 photonic qubits exploiting three degrees of freedom of 6 photons, and graph state with 12 superconducting qubits. The previous number record of superconducting qubits for GHZ state was 10, achieved by these Chinese scientists as well. This time, they have generated 18-qubit GHZ state and 20-qubit multi-component Schrödinger cat states. The paper about these results is now published in Science.

The near-term aims to build a quantum computer are to increase the number of qubits and improve the precision of control. It is still far to say when a quantum computer can be used in our everyday life, or for cryptography. However, scientists expect that a near-term quantum computer may be practically useful in simulating quantum phenomena, quantum machine learning, solving optimization problems and so on.