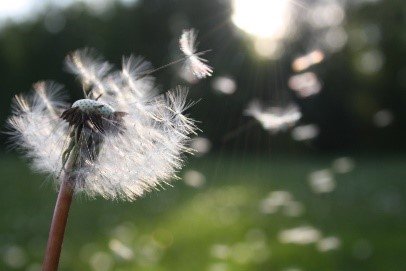 Time is running out to predict how potential climate futures will impact biodiversity and the functioning of our biosphere. To save and predict the future of biodiversity we need to rapidly accelerate our understanding of the planet’s diverse forms of life. A new, global network of international researchers is using the power of open source technology and communication to document life from a ‘trait-based’ perspective. The Open Traits Network (OTN) is a major global assembly of biodiversity scientists from universities, museums, herbariums (plant equivalent of a museum) and government agencies. The OTN is documenting life in all its forms and functions by cataloguing species traits.

Traits are the features of organisms that tell us how they go about daily life – for instance, the presence of wings reveals the use of flight to move around the landscape. But flight is not limited to birds – bats and even plants have wings on their seeds to move between habitats. By documenting common traits between species scientists can create a generalised picture of how life is adapted to the environment to improve prediction of the effects of global change (e.g. climate change, land-use conversion). A unique feature of traits is that they enable us to bypass taxonomic complexity and variation across systems and regions to focus on shared patterns and general understanding of what determines the functioning of ecosystems across the globe. This understanding is critical if we are to move forward in the urgent quest to safeguard ecosystems and biodiversity’s contributions to people in the fact of the global climate and biodiversity crisis.

“Traits offer an exciting opportunity for scientists working across different organisms to combine their knowledge. Although we’ve done an amazing job of naming species over the last 200 years, it’s now time to match this and document broadly how different species function and what approaches and adaptations they share.”

Professor Brian Enquist (University of Arizona, USA) thinks that this new push to document life’s adaptations will be crucial in predicting the future of biodiversity. He states that:

“The traits of species enable us to describe the rich and numerous ways species respond to the environment and characterize the differences in their physiologies and metabolism. Traits enable us to predict how biodiversity responds to a changing climate and how these changes impact the functioning of ecosystems. However, access to the world’s tremendous amount of trait data have been largely isolated and distributed across different researchers and institutions across the globe. What has been urgently needed for our science is a common set of standards and computational tools that enable us to share and quickly utilize these essential data.”

The Open Traits Network proposes a set of standards, methods, and most importantly offers a code of conduct in order to rapidly integrate the world’s trait data.  The OTN proposes that the global network of biologists who measure traits adhere to Open Science principles and values expert knowledge above all else. Open science is the movement to make scientific research and its dissemination accessible to all levels of society. Experts are drawn into the OTN through self-organised nodes which catalogue information about their organisms of interest. This information is then communicated and shared between other nodes and centralised by biodiversity portals. Co-author Dr Daniel Falster (University of New South Wales, Sydney) is expert in open source science and says:

“Globally, the scientific community collects a wealth of information on the millions of wondrous organisms that inhabit our planet. In forming the Open Traits Network, we want to ensure any knowledge gained is readily available: for further scientific discovery and for the curious public.”

Building biodiversity science around traits has an enormous potential to rapidly increase its taxonomic, phylogenetic, and spatial scope, by embracing Open Science principles and creating stronger connections between researchers, institutions, publishers, and funding bodies. By supporting a reciprocal exchange of expertise and outputs created using Open Science principles between researchers and institutions, based the OTN offers a framework to rapidly mobilise data for a cross-taxa, worldwide, trait-based data resource to examine, understand, and predict nature’s responses to global change.