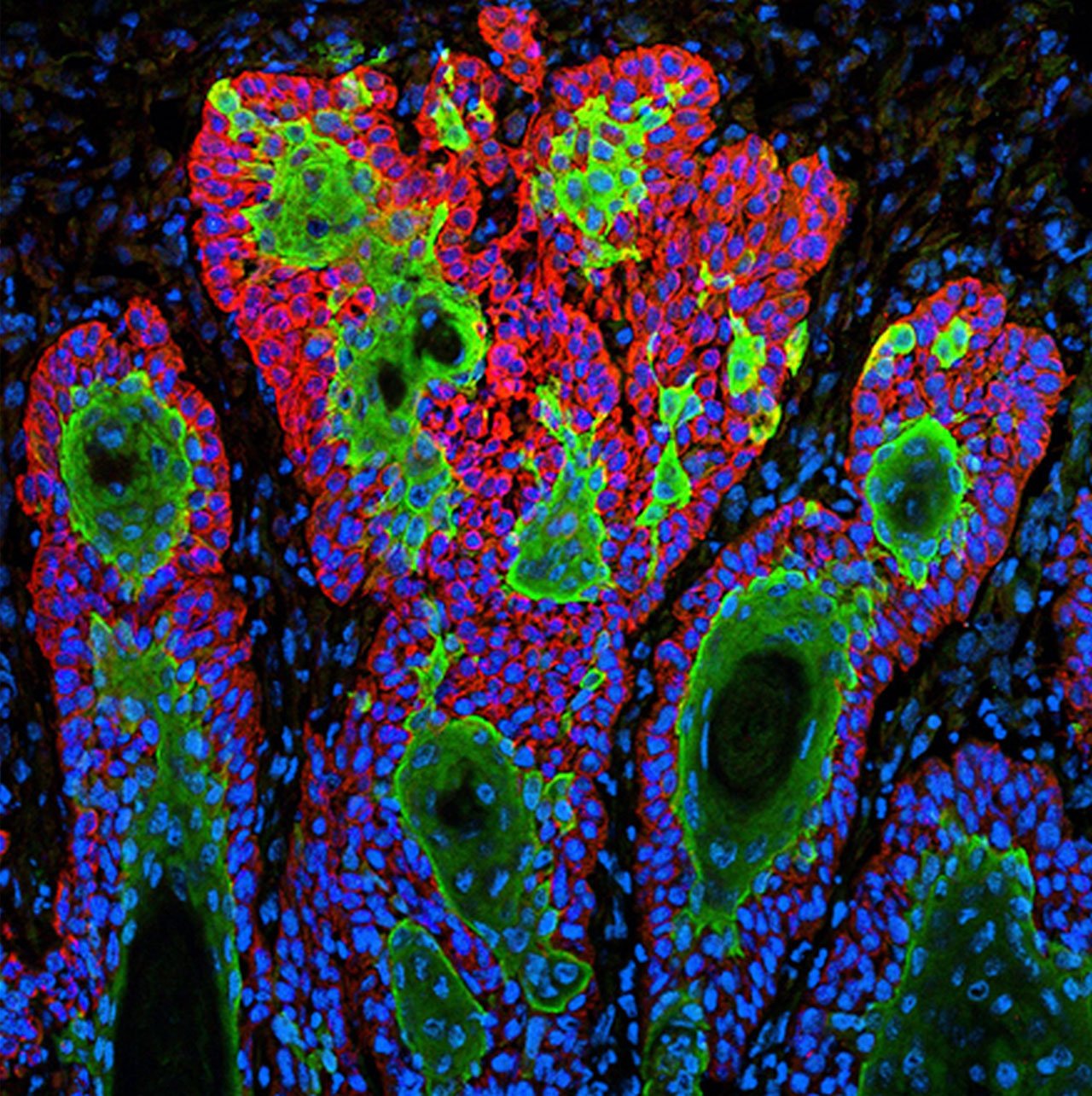 That’s the message from researchers at Johns Hopkins Medicine and seven collaborating health care organizations which report that a “Dear Colleague” performance evaluation letter successively convinced physicians nationwide to reduce the amount of tissue they removed in a common surgical treatment for skin cancer to meet a professionally recognized benchmark of good practice.

In a study published in the journal JAMA Dermatology, the researchers reported an immediate positive change in surgical behavior — an improvement that was sustained for one year — for 83 percent of the physicians notified that they were excising more-than-necessary amounts of tissue on a regular basis during Mohs micrographic surgery (MMS). The surgery is considered the most effective technique for treating many basal cell and squamous cell carcinomas, the two most common types of skin cancer.

“This study demonstrates the tremendous power of physicians within a specialty to create peer-to-peer accountability and of using that accountability to reduce unnecessary treatment and lower health care costs,” says Martin A. Makary, M.D., Ph.D., senior author of the study, professor of surgery at the Johns Hopkins University School of Medicine and an authority on health care quality. He also serves as principal investigator of Improving Wisely, a national project to lower medical costs in the United States by implementing measures of appropriateness in health care.

The new study, part of the Improving Wisely effort, was supported by a grant from the Robert Wood Johnson foundation.

MMS, developed by Frederic Mohs at the University of Wisconsin in the 1930s, is a specialized technique for the treatment of skin cancer, the most common malignancy in the United States at greater than 5.4 million cases annually. Performed as an outpatient procedure, MMS is designed so that the surgeon can methodically remove cancerous tissue on the surface and all of its “roots” — extensions of the tumors that may exist under the skin or lie along blood vessels, nerves and cartilage.

The surgery is conducted in stages, with stage 1 involving the removal of the visible cancer and a thin layer of surrounding tissue. The excised sample is then cut into sections, stained and examined microscopically while the patient waits. If residual cancer is found, the surgeon can elect right then to remove more tissue in successive stages. The process is repeated as many times as necessary.

The American College of Mohs Surgery (ACMS) considers a surgeon’s annual mean stages per MMS case to be the measure of quality and appropriateness for the technique. Using that metric, the organization defines physicians whose practices are two standard deviations or more beyond the overall average as outliers who are performing excessive stages in MMS procedures.

Because previous studies suggest that MMS practices vary widely among surgeons, the study by Makary, his team and the ACMS had two aims: evaluate outlier practice patterns using a big-data approach and then, test whether a peer-to-peer notification could change the behavior of surgeons not meeting the appropriateness standard.

“This was an important goal because overuse of stages per case burdens patients with unnecessary and time-consuming surgical resections, and taxes the health care system with avoidable costs,” says Christine Fahim, Ph.D., M.Sc., one of the study authors, a postdoctoral fellow at the Johns Hopkins University School of Medicine and the Johns Hopkins Bloomberg School of Public Health, and implementation and intervention design lead for Improving Wisely.

In their paper, the researchers describe how they used Medicare Part B claims to choose their study population of 2,329 U.S. surgeons who each performed more than 10 MMS procedures between Jan. 1 and Dec. 31, 2014. The claim forms included the number of stages done in each case, so individual and overall annual averages were easily calculated. Outliers and inliers (surgeons whose MMS performance was within the accepted range of appropriateness defined by the ACMS) were identified by their performances before they became part of the study population (as measured between Jan. 1, 2016, and Jan. 31, 2017).

The study population was then divided into four groups: (1) 53 outliers, each of whom would receive an intervention letter indicating his or her performance, and urging an improvement in practice, (2) 87 outliers, each of whom would not receive an intervention, (3) 992 inliers who would receive a straightforward performance evaluation letter, and (4) 1,197 inliers who would not receive a letter.

The notified outlier group demonstrated a pre- to post-intervention decrease in mean stages per case from 2.55 to 2.31, with 44 of the 53 surgeons (83 percent) improving their MMS behavior. The non-notified outliers dropped from 2.56 to 2.46, with 69 percent making positive changes.

The researchers attribute the drop by non-notified outliers to two factors: an awareness campaign by ACMS around the time the intervention letters went out and possible communications between surgeons who received the letters and their colleagues who did not.

The performance of the inlier groups, as expected, remained statistically about the same.

The researchers also estimated that the relatively inexpensive ($150,000 or about $144 per surgeon) peer-to-peer intervention saved $11 million in Medicare costs during the study period.

“We observed an immediate and sustained improvement in quality with a simple intervention based on the spirit of physicians helping one another,” Makary says. “The low cost to implement the program relative to the significant savings achievable suggests that this model could be applied to other areas of medicine with broad financial implications. More importantly, we found that even small improvements in a physician’s performance can positively impact the many patients he or she treats.”