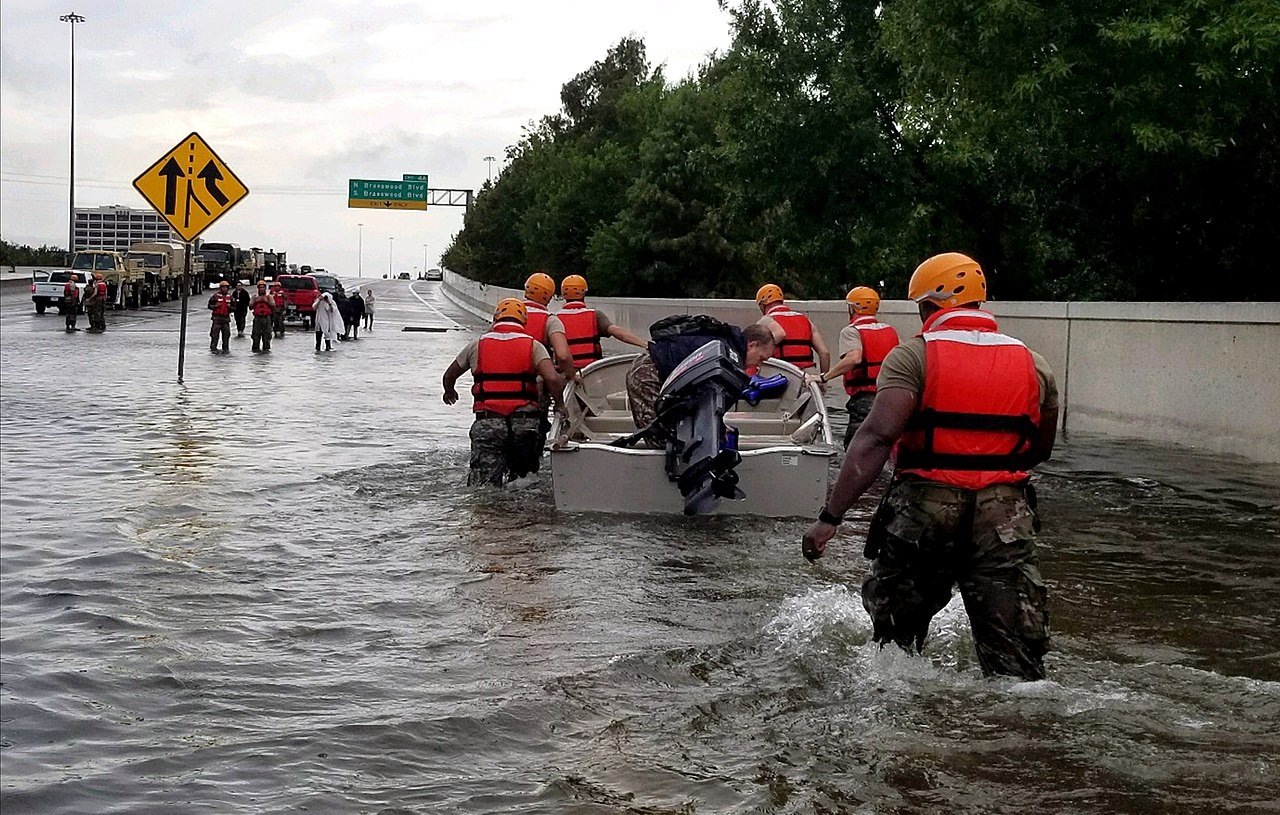 A top ten of record-breaking US weather events of the last decade reveals Hurricane Harvey is the most extreme of the decade, and similar others were among the costliest and deadliest on record, according to magazine Weatherwise.

Hurricane Harvey, the 2017 storm that devastated Texas and Louisiana, is ranked first followed by the 2012 ‘Frankenstorm’ Hurricane Sandy. In third place is deadly Hurricane Maria which ripped through Dominica, the US Virgin Islands, and Puerto Rico in the same year as Harvey.

Harvey stands out for several reasons. The category 4 storm was the wettest on record leaving much of Houston under water at one point, and the second costliest in US history at $125bn.

Hurricane’s Maria and Sandy were third and fourth most costly respectively, and fifth was Hurricane Irma, which is ranked in fourth place overall in the extreme weather league. This is according to the findings based on data from the National Oceanic and Atmospheric Administration’s (NOAA) National Hurricane Center (NHC) and National Centers for Environmental Information (NCEI).

The cost of all ten events on the Weatherwise list, which claimed more than 4,000 lives and caused numerous injuries, was more than $400bn. Effects of some disasters are still being felt, with repairs to the New York City subway ongoing more than seven years after Hurricane Sandy.

The research was carried out by retired meteorologist Douglas Le Comte, with over 40 years’ experience writing about global weather. He said the results highlight the need to monitor extreme weather at a time of climate change.

“Every year that goes by seems to bring a new round of record-breaking weather events,” adds Le Comte, a Weatherwise contributing editor who worked for the NOAA’s Climate Prediction Center. “Many disasters, such as powerful hurricanes, massive wildfires, unprecedented droughts, and record-smashing heat waves, have devastating consequences, not just in North America, but elsewhere as well. Witness the catastrophic wildfires in Australia. There’s a need to track these events to gauge how our climate is shifting in a warming world. On a positive note. Fatalities from global weather events are down due to improved forecasts, warnings, and evacuation efforts, plus better building construction.”

The rankings were worked out according to each weather event’s cost, death and injury toll, the size of the disaster, as well as its rarity by meteorological standards.

Other events to make the top ten include wildfires, tornadoes and droughts, such as the Southern Plains Drought (ranked 7th) from October 2010 to September 2011. This persistent period of heat and dryness was blamed for 95 deaths and $14bn in losses to farmers and ranchers in states including Oklahoma, Texas and Kansas.

The 2011 Super Outbreak included the largest ever recorded number of multiple tornadoes from the same weather system. In April of that year, more than 300 twisters brought destruction to five southeast US states. Just one month later, another severe weather outbreak hit the central and southern states with 180 tornadoes. Together, the events claimed nearly 500 lives and left 1,150 injured.

In addition to the top ten, the author highlights six other weather events, which he says could have made the shortlist.

These include the 2019 Missouri River and North Central flooding that inundated millions of acres of cropland as well as many cities and towns, and the 2010 North American blizzard – or ‘Snowmageddon’ – that brought the Northeastern US to a standstill.