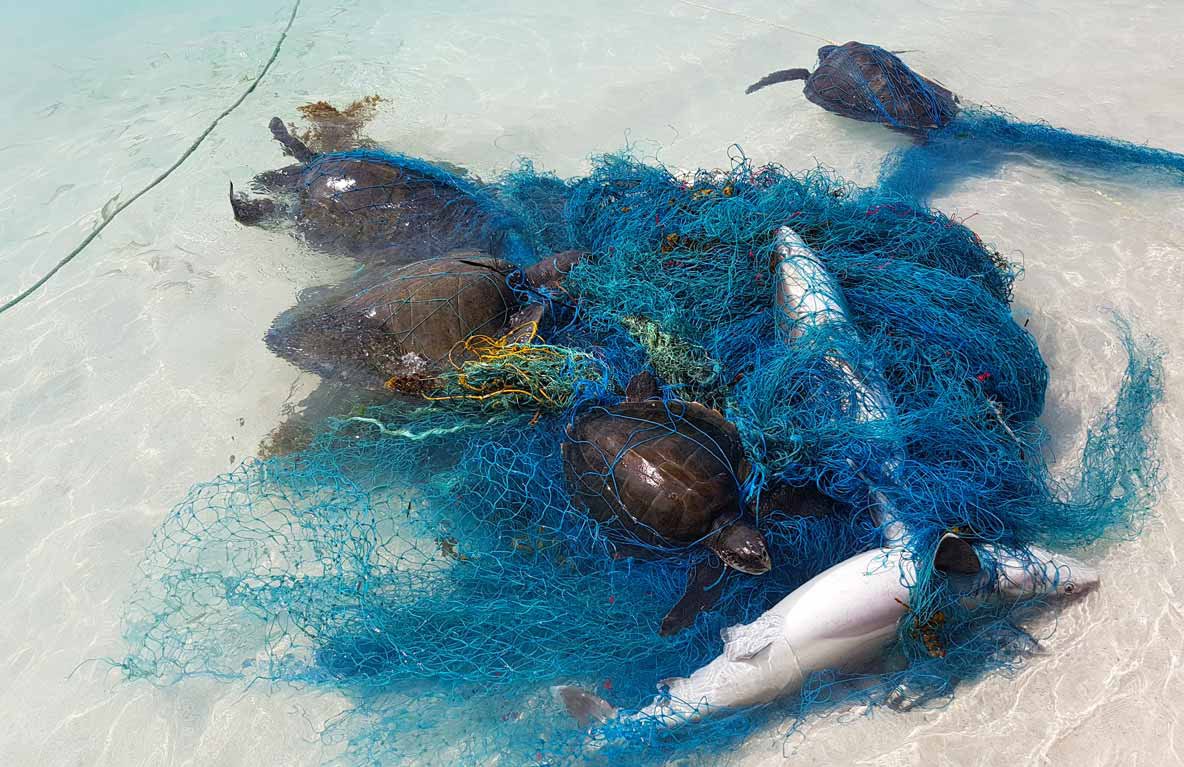 University of Exeter scientists scoured existing published studies and Twitter for shark and ray entanglements, and found reports of more than 1,000 entangled individuals.

And they say the true number is likely to be far higher, as few studies have focussed on plastic entanglement among shark and rays.

The study says such entanglement – mostly involving lost or discarded fishing gear – is a “far lesser threat” to sharks and rays than commercial fishing, but the suffering it causes is a major animal welfare concern.

“One example in the study is a shortfin mako shark with fishing rope wrapped tightly around it,” said Kristian Parton, of the Centre for Ecology and Conservation on Exeter’s Penryn Campus in Cornwall.

“The shark had clearly continued growing after becoming entangled, so the rope – which was covered in barnacles – had dug into its skin and damaged its spine.

“Although we don’t think entanglement is a major threat to the future of sharks and rays, it’s important to understand the range of threats facing these species, which are among the most threatened in the oceans.

“Additionally, there’s a real animal welfare issue because entanglements can cause pain, suffering and even death.”

Co-author Professor Brendan Godley, co-ordinator of the university’s marine strategy, added: “Due to the threats of direct over-fishing of sharks and rays, and ‘bycatch’ (accidental catching while fishing for other species), the issue of entanglement has perhaps gone a little under the radar.

“We set out to remedy this. Our study was the first to use Twitter to gather such data, and our results from the social media site revealed entanglements of species – and in places – not recorded in the academic papers.”

The review of academic papers found reports of 557 sharks and rays entangled in plastic, spanning 34 species in oceans including the Atlantic, Pacific and Indian. Almost 60% of these animals were either lesser spotted dogfish, spotted ratfish or spiny dogfish.

Both data sources suggested “ghost” fishing gear (nets, lines and other equipment lost or abandoned) were by far the most common entangling objects. Other items included strapping bands used in packaging, polythene bags and rubber tyres.

The study identified factors that appear to put certain species more at risk:

The study says more research is needed, and the researchers have worked with the Shark Trust to create an online report form to gather data on entanglements: https://recording.sharktrust.org/entanglement/record

The paper, published in the journal Endangered Species Research, is entitled: “A global review of shark and ray entanglement in anthropogenic marine debris.”