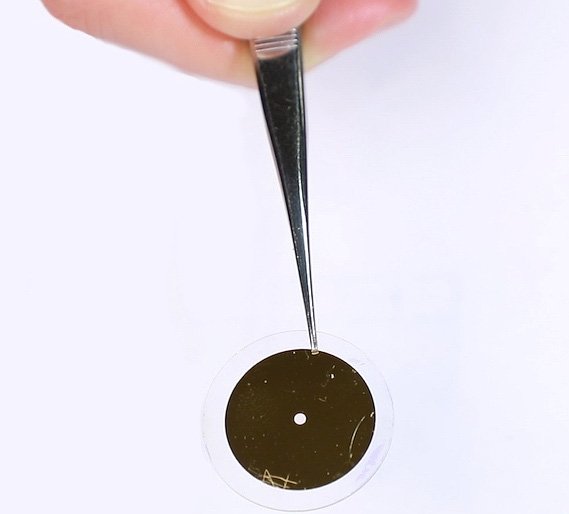 When the first full-length movie made with the advanced, three-color process of Technicolor premiered in 1935, The New York Times declared “it produced in the spectator all the excitement of standing upon a peak … and glimpsing a strange, beautiful and unexpected new world.”

Technicolor forever changed how cameras – and people – saw and experienced the world around them. Today, there is a new precipice – this one, offering views of a polarized world.

Polarization, the direction in which light vibrates, is invisible to the human eye (but visible to some species of shrimp and insects). But it provides a great deal of information about the objects with which it interacts. Cameras that see polarized light are currently used to detect material stress, enhance contrast for object detection, and analyze surface quality for dents or scratches.

However, like the early color cameras, current-generation polarization-sensitive cameras are bulky. Moreover, they often rely on moving parts and are costly, severely limiting the scope of their potential application.

Now, researchers at the Harvard John A. Paulson School of Engineering and Applied Sciences (SEAS) have developed a highly compact, portable camera that can image polarization in a single shot. The miniature camera – about the size of a thumb – could find a place in the vision systems of autonomous vehicles, onboard planes or satellites to study atmospheric chemistry, or be used to detect camouflaged objects.

The research is published in Science.

“This research is game-changing for imaging,” said Federico Capasso, the Robert L. Wallace Professor of Applied Physics and Vinton Hayes Senior Research Fellow in Electrical Engineering at SEAS and senior author of the paper.

“Most cameras can typically only detect the intensity and color of light but can’t see polarization. This camera is a new eye on reality, allowing us to reveal how light is reflected and transmitted by the world around us.”

“Polarization is a feature of light that is changed upon reflection off a surface,” said Paul Chevalier, a postdoctoral fellow at SEAS and co-author of the study. “Based on that change, polarization can help us in the 3D reconstruction of an object, to estimate its depth, texture and shape, and to distinguish man-made objects from natural ones, even if they’re the same shape and color.”

To unlock that powerful world of polarization, Capasso and his team harnessed the potential of metasurfaces, nanoscale structures that interact with light at wavelength size-scales.

“If we want to measure the light’s full polarization state, we need to take several pictures along different polarization directions,” said Noah Rubin, first author of the paper and graduate student in the Capasso Lab.

“Previous devices either used moving parts or sent light along multiple paths to acquire the multiple images, resulting in bulky optics. A newer strategy uses specially patterned camera pixels, but this approach does not measure the full polarization state and requires a non-standard imaging sensor. In this work, we were able to take all of the optics needed and integrate them in a single, simple device with a metasurface.”

Using a new understanding how polarized light interacts with objects, the researchers designed a metasurface that uses an array of subwavelength spaced nanopillars to direct light based on its polarization. The light then forms four images, each one showing a different aspect of the polarization. Taken together, these give a full snapshot of polarization at every pixel.

The device is about two centimeters in length and no more complicated than a camera on a smartphone. With an attached lens and protective case, the device is about the size of a small lunch box. The researchers tested the camera to show defects in injection-molded plastic objects, took it outside to film the polarization off car windshields and even took selfies to demonstrate how a polarization camera can visualize the 3D contours of a face.

“This technology could be integrated into existing imaging systems, such as the one in your cell phone or car, enabling the widespread adoption of polarization imaging and new applications previously unforeseen,” said Rubin.