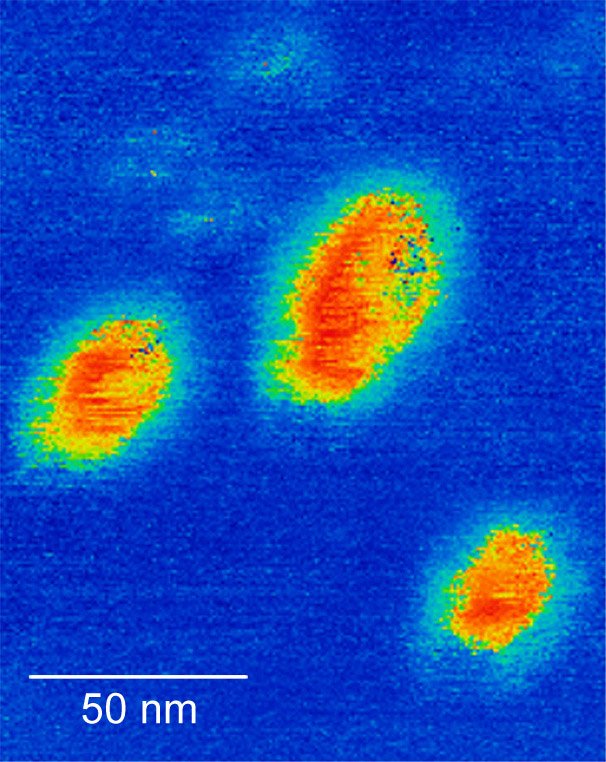 In a paper released today in Science Advances, UNSW researchers describe the first observation of a native ferroelectric metal.

The study represents the first example of a native metal with bistable and electrically switchable spontaneous polarization states – the hallmark of ferroelectricity.

“We demonstrated that the ferroelectric state is switchable under an external electrical bias and explain the mechanism for ‘metallic ferroelectricity’ in WTe2 through a systematic study of the crystal structure, electronic transport measurements and theoretical considerations.”

“A van der Waals material that is both metallic and ferroelectric in its bulk crystalline form at room temperature has potential for new nano-electronics applications,” says author Dr Feixiang Xiang.

Conventionally, ferroelectricity has been observed in materials that are insulating or semiconducting rather than metallic, because conduction electrons in metals screen-out the static internal fields arising from the dipole moment.

A room-temperature ferroelectric semimetal was published in Science Advances in July 2019.

Bulk single-crystalline tungsten ditelluride (WTe2), which belongs to a class of materials known as transition metal dichalcogenides (TMDCs), was probed by spectroscopic electrical transport measurements, conductive-atomic force microscopy (c-AFM) to confirm its metallic behaviour, and by piezo-response force microscopy (PFM) to map the polarisation, detecting lattice deformation due to an applied electric field.

Spectroscopic-PFM measurements with top electrode in a capacitor geometry was used to demonstrate switching of the ferroelectric polarization.

The study was supported by funding from the Australian Research Council through the ARC Centre of Excellence in Future Low-Energy Electronics Technologies (FLEET), and the work was performed in part using facilities of the NSW Nodes of the Australian National Fabrication Facility, with the assistance of the Australian Government Research Training Program Scholarship scheme.

First-principles density functional theory (DFT) calculations (University of Nebraska) confirmed the experimental findings of the electronic and structural origins of the ferroelectric instability of WTe2, supported by the National Science Foundation.

Ferroelectric materials are keenly studied at FLEET (the ARC Centre of Excellence in Future Low-Energy Electronics Technologies) for their potential use in low-energy electronics, ‘beyond CMOS’ technology.

The switchable electric dipole moment of ferroelectric materials could for example be used as a gate for the underlying 2D electron system in an artificial topological insulator.

Topological materials are investigated within FLEET’s Research theme 1, which seeks to establish ultra-low resistance electronic paths with which to create a new generation of ultra-low energy electronics.

FLEET is an ARC-funded research centre bringing together over a hundred Australian and international experts to develop a new generation of ultra-low energy electronics, motivated by the need to reduce the energy consumed by computing.