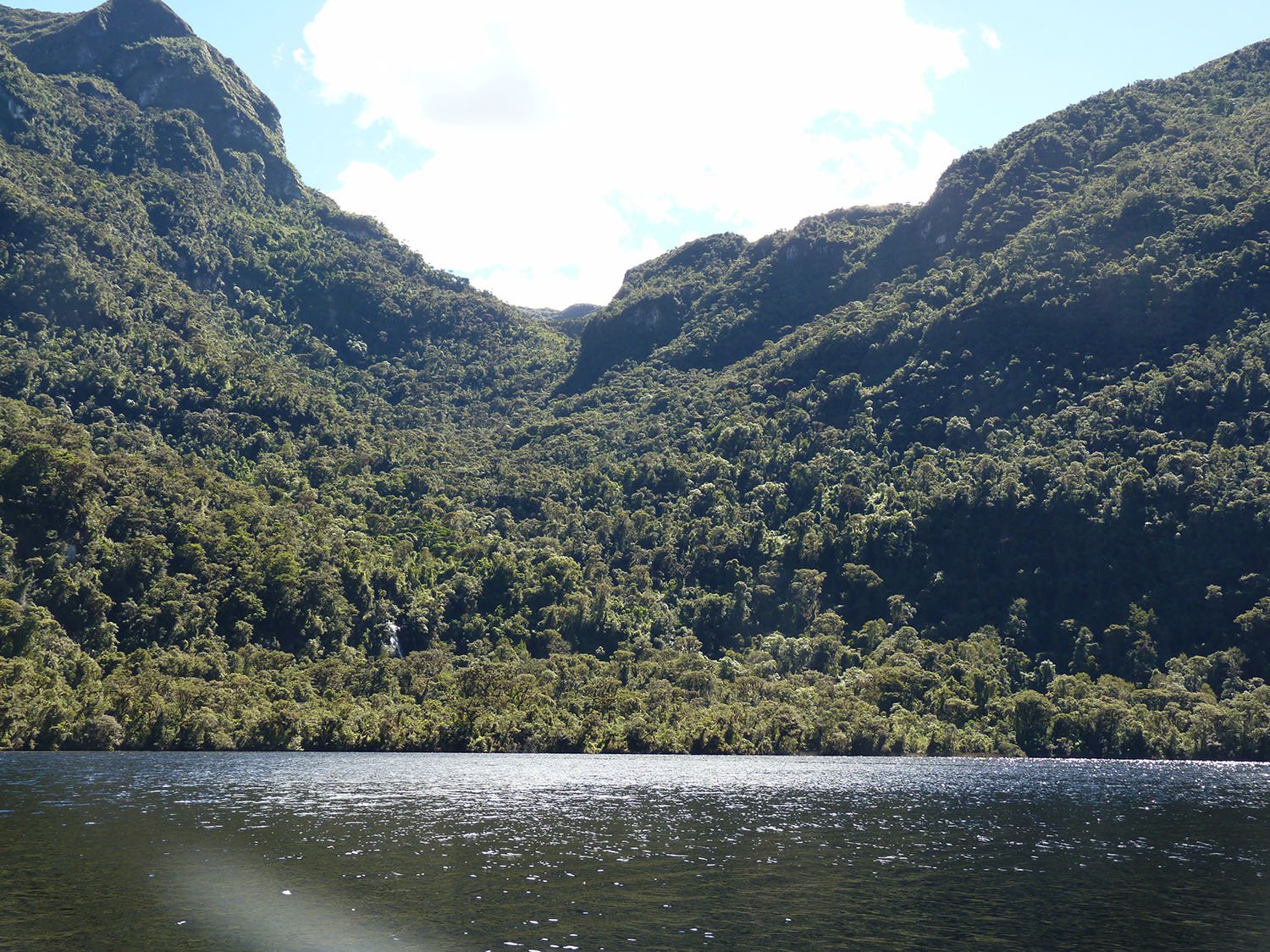 The study, “2,100 years of human adaptation to climate change in the High Andes,” reveals that Andean climate changes – especially droughts – over the last 2,100 years were an important determinant of how land was used by native Andean societies. It was published online this week in Nature Ecology and Evolution from scientists at Florida Tech, University of Miami and Columbus State University.

One of the key findings of the study was that the peak of deforestation was about 800 A.D., and that the last deforestation to produce maize agriculture was about 1100 A.D. The farming ended by about 1200 A.D. and the forests reclaimed the valley around the lake. This timing coincided with two things: a wetter regional climate and the beginning of the cliff burials.

“As the landscape changed from a patchwork of maize fields and disturbed forests back to cloud forest, we saw an end to burning and an almost immediate improvement in the lake’s water quality,” said Mark Bush, professor of biology at Florida Tech and the team leader. “This recovery offers us the hope that some of the bad ecosystem impacts from deforestation and grazing in the Andes are reversible.”

But the study also shows that the projected increased droughts resulting from modern climate change in the Andes are likely to cause farmers to deforest and exploit cloud forest regions.

The setting of the study is the Laguna de los Cóndores, or Lake of the Condors, in Peru. This is an especially important to archaeologists as the cliffs above the lake were a tomb-site for over 200 Incan and pre-Incan mummies.

The analysis of sediments recovered from the bottom of the lake provided multiple lines of evidence that included fossil pollen, charcoal and algae, and sediment chemistry. Data from these sources allowed the team to reconstruct an almost year-byyear history of the land use around the lake spanning the last 2,100 years. Multiple cycles of farming activity followed by abandonment aligned to changing climates were recorded, as were five megadroughts.

Each drought lasted for as much as a decade, and each time farmers exploited the valley. Between these dry periods, under the more normal, wetter conditions, the valley was largely abandoned, and forests regrew.

“We were surprised to see how responsive these populations were to climate change,” said Christine Åkesson, who conducted the study as a Ph.D. student at Florida Tech and is the lead author of the paper. “We expected to see a steady rise in land use peaking with the interment of mummies in the cliffs and the collapse of Incan society when the Spanish conquered this part of Peru in the 1570s, but that isn’t what happened.”