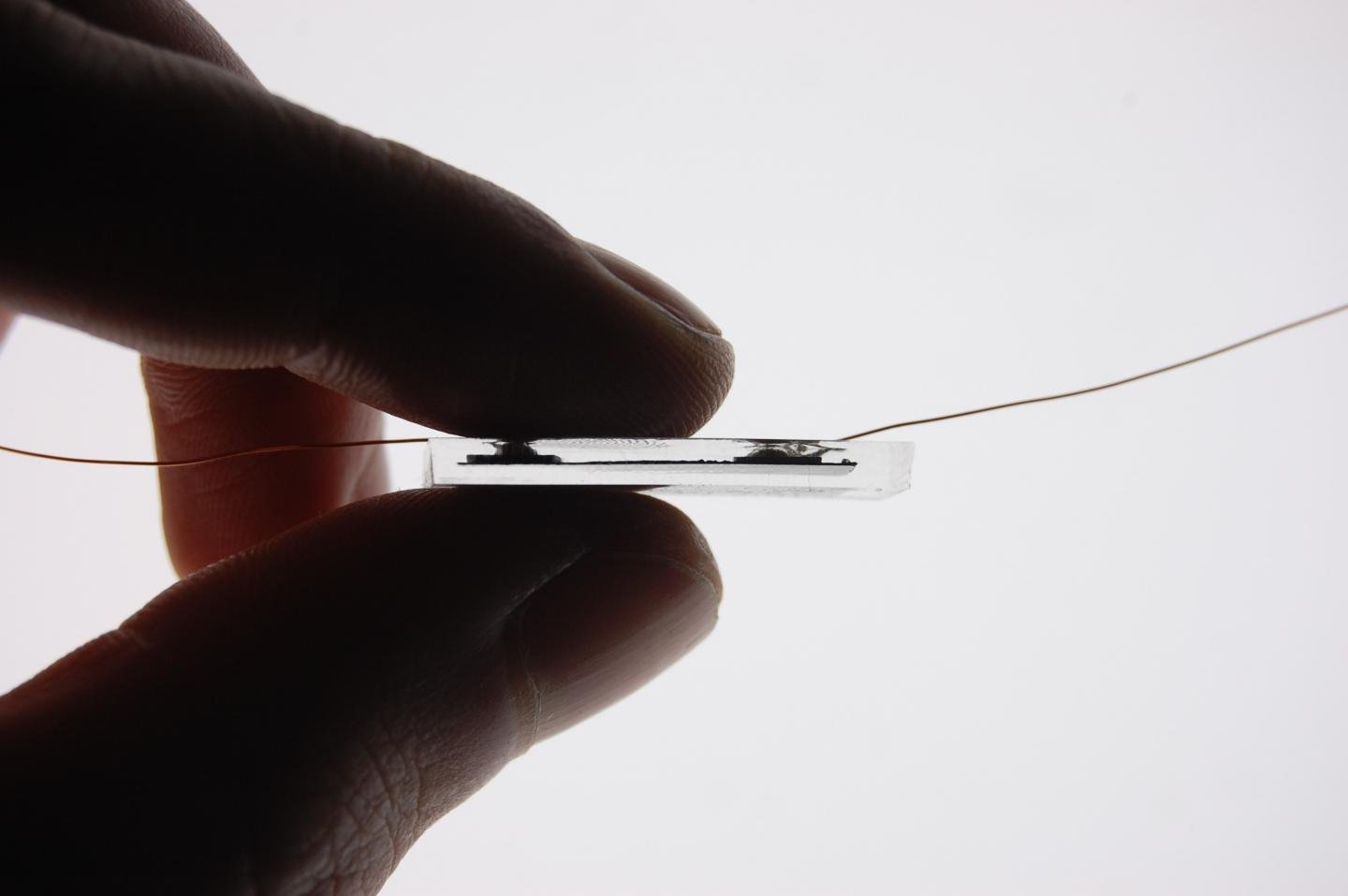 Stretchy and squeezy soft sensors that can fit around body parts or squeezed in hands could be used for applications including sports and rehabilitation after injury or stroke. For example, soft electrical force sensors in the form for a squeeze ball could monitor the rehabilitation of patients with hand injuries or neurological disorders.

While such sensors have been in development for a long time, none have made it to market because they cannot easily be integrated with electronic components, like the wires, computer chips and batteries needed to gather, process and send the data the sensor collects.

Now, a team of researchers from Imperial have invented a way to bond the stretchy and squeezy force-sensitive soft materials to electrical components. They have developed a bond so strong that the stretchy rubber itself breaks before the bond between the two different materials does.

Their results are published in ACS Applied Materials & Interfaces.

First author Michael Kasimatis, from the Department of Bioengineering at Imperial, said: “We hope this method will allow us to make low-cost soft sensors that are reliable and portable, that can be used to monitor people’s health in their own homes. Such sensors could be coupled with a mobile device, such as a smartphone, so that the data they generate can be easily processed and stored on the cloud, which is important for applications in digital healthcare.”

Previously, scientists had tried bonding the force-sensitive, conductive rubbers with electrical components using adhesives, which often came apart when pulled, or using metal clamps, which could tear the stretchy material.

The new method instead uses small pieces of metal-coated silicon, which create a chemical bond with the stretchy and squeezy rubber. The silicon contacts are smooth on one side, where they bond to the rubber, and pitted and plated with copper on the other side, so wires or other electric components can be easily attached via conventical methods such as soldering.

The team demonstrated how their bonding method can resist the strains of stretching and also tested it out in a few prototype sensors that could be used in healthcare and rehabilitation.

For example, they created a wearable breathing monitor, a leg band for exercise monitoring and a squeezy ball for monitoring hand rehabilitation.

Lead researcher Dr Firat Güder, from the Department of Bioengineering at Imperial, said: “Having successfully demonstrated how this new bonding approach could work and be applied in laboratory prototypes, we now want to take this technology out of the lab and make it available to everyone.”

The team is currently looking for partners and funders to help translate and advance the technology.