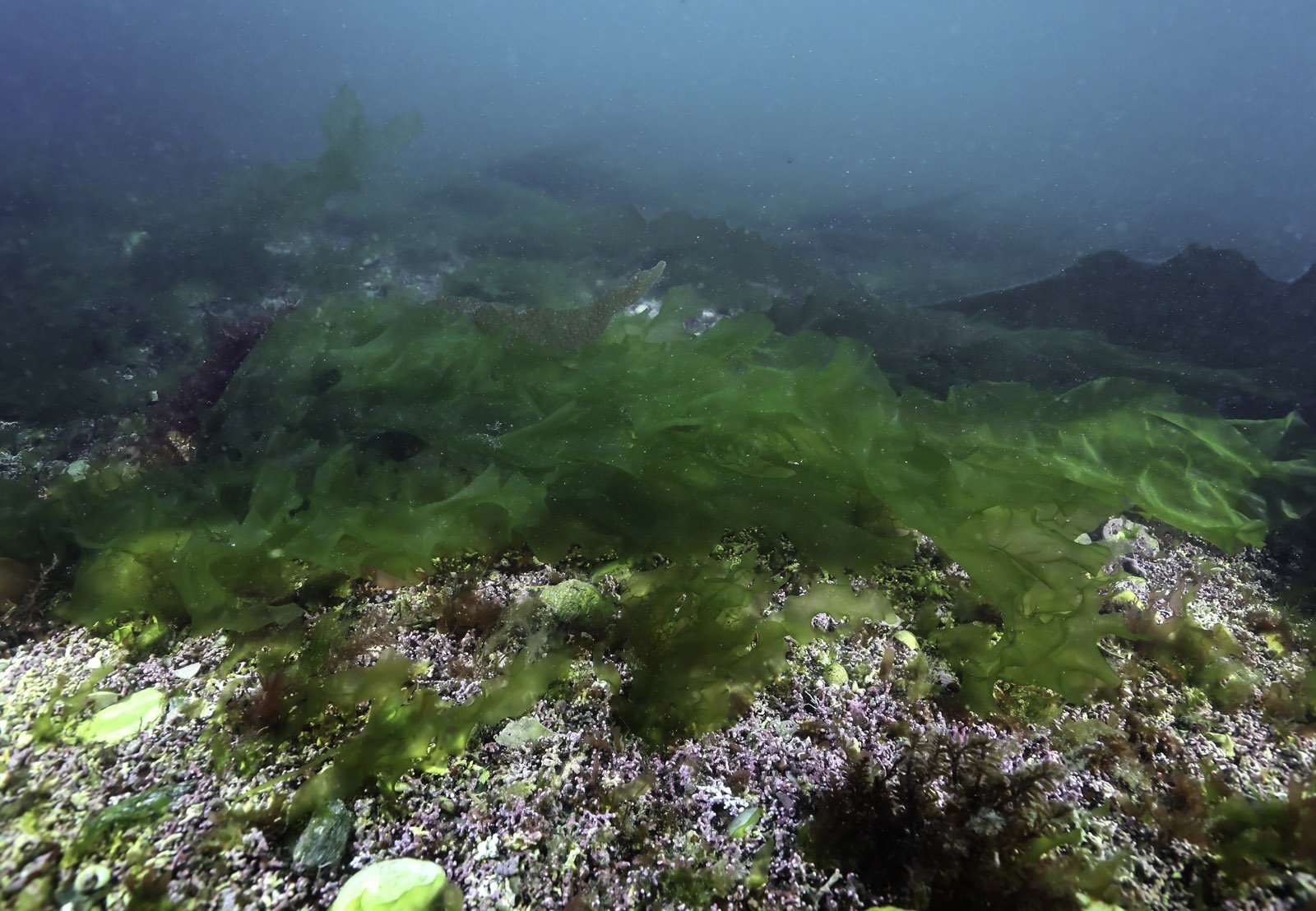 Enzymes are biocatalysts that are crucial for the degradation of seaweed biomass in oceans. For the first time, an international team of 19 scientists recently decoded the complete degradation pathway of the algal polysaccharide Ulvan by biocatalysts from a marine bacterium. The results of their study are presented in Nature Chemical Biology. The study was conducted under the auspices of the University of Greifswald, the Max Planck Institute for Marine Microbiology in Bremen, the MARUM Center for Marine Environmental Sciences of the University of Bremen, the Vienna University of Technology (Austria) and the Biological Station in Roscoff (France).

Marine algae in the world’s oceans store huge quantities of CO2, i.e. they bind approximately as much CO2 per year as the entire land vegetation. In this process, algae produce large amounts of carbohydrates, which can be broken down by marine bacteria and provide an important energy source for the marine food web. The research team has now elucidated the complex degradation pathway of the polysaccharide Ulvan. Ulvan is a complex sugar produced by algae of the genus Ulva and is degraded by the marine bacterium Formosa agariphila. The extensive study revealed the biochemical function of 12 enzymes. These findings are of considerable importance not only for basic research. For the first time, they enable the biotechnological exploitation of algal biomass that has never been used previously as a raw material for fermentations and for the isolation of valuable sugars.

“In our study we can show, for the first time, how marine bacteria completely decompose the highly complex polymer Ulvan from marine algae into its building blocks. These insights not only enhance our understanding of how microorganisms gain access to their food source. Using the newly decoded biocatalysts, the complex marine polysaccharide Ulvan can now also be used as a raw material for fermentations; and high-quality sugar components such as iduronic acid or rhamnose sulfate can be produced from the previously inaccessible resource provided by marine algae”, explains Prof. Dr. Uwe Bornscheuer (Institute of Biochemistry, University of Greifswald).

Dr. Jan-Hendrik Hehemann, Emmy Noether Group Leader at the Max Planck Institute for Marine Microbiology and the MARUM – Center for Marine Environmental Sciences at the University of Bremen, adds: “Polysaccharides from marine algae are chemically different from those of terrestrial plants. It is largely unknown how marine bacteria degrade algal polysaccharides. Elucidating the enzymes involved in Ulvan degradation is not only of great value for future biotechnological applications, but also answers central ecological questions regarding the marine carbon cycle.”

“Our results also show how important it is to conduct research in a diverse team of microbiologists, biotechnologists, biochemists and organic chemists. The DFG-funded research group POMPU provides a cross-disciplinary combination of these competencies, which has significantly contributed to the success of this project”, adds Prof. Dr. Thomas Schweder (Institute of Pharmacy, University of Greifswald). The research group POMPU aims to elucidate important ecological functions of marine bacteria during algal blooms to improve the understanding of the oceans’ biological pump function in view of global warming. Exploring key marine bacteria and enzymes can open up new perspectives for exploiting the promising potential of sugars from marine algae.