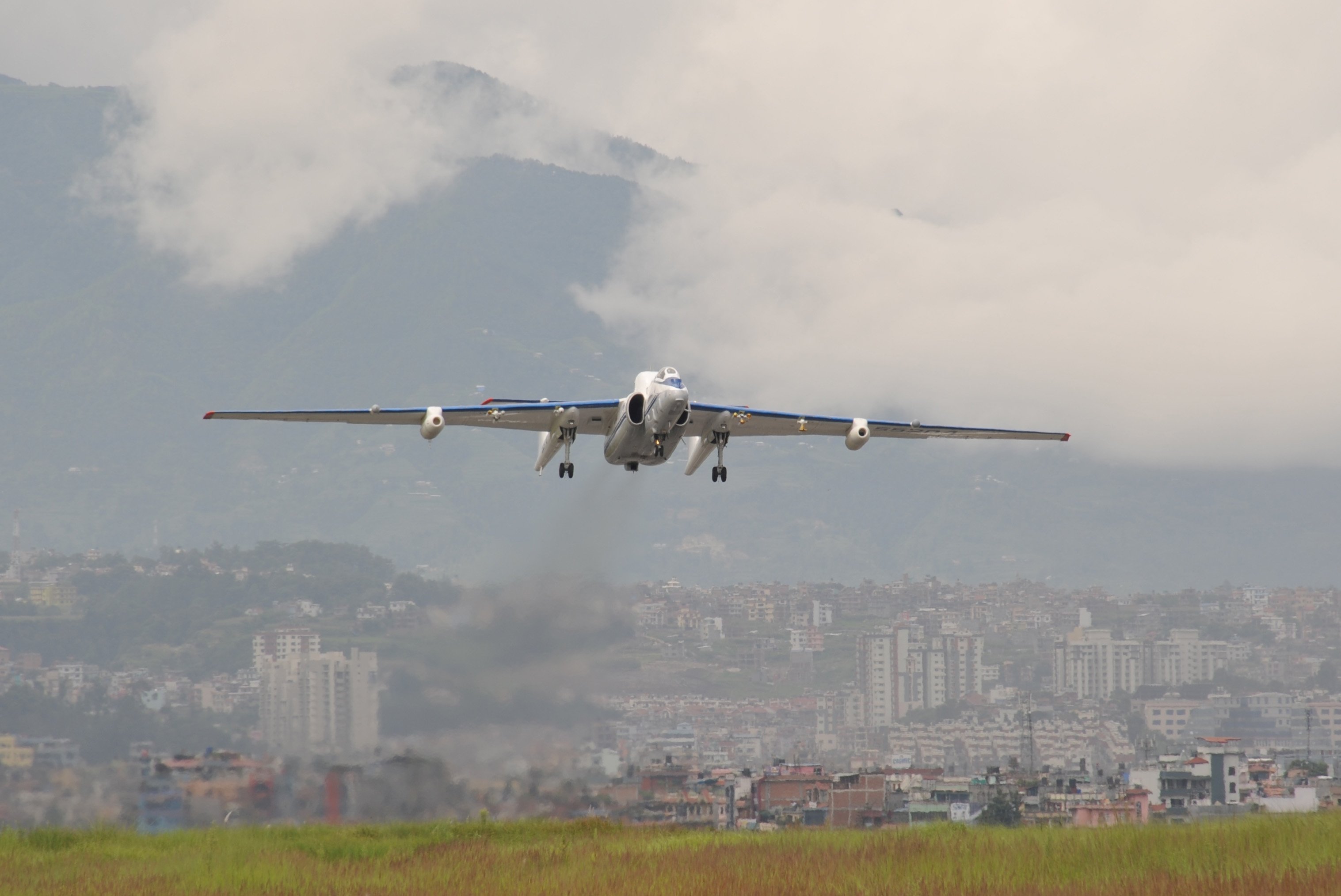 At altitudes of 12-18 km the Asian Tropopause Aerosol Layer (ATAL) extends from the Mediterranean to the Western Pacific during the season of the Asian summer monsoon. The origin and properties of the ATAL have been debated actively since its discovery nearly a decade ago. A team of scientists from Europe has now discovered that a large part of this layer consists of solid particles of ammonium nitrate. This layer is fed by high concentrations of ammonia at ground being transported upwards during heavy thunderstorms.

The scientists from the Karlsruhe Institute of Technology (KIT), the Research Center Jülich (FZJ), the Johannes Gutenberg-University/Max-Planck-Institute for Chemistry in Mainz (MPIC), the Alfred-Wegener-Institute in Potsdam, the Laboratoire de Météorologie Dynamique in Paris and the Istituto di Scienze dell’Atmosfera e del Clima in Rome have used a combination of airborne observations from the first high-altitude aircraft campaign inside the Asian monsoon, cloud-chamber experiments, two satellite missions and atmospheric model calculations to investigate the ATAL aerosols. Aerosols are tiny airborne particles of natural and anthropogenic origin. They are relevant for climate due to their role in cloud formation and their direct radiative impact.

“To our surprise, we have identified crystalline ammonium nitrate as a major component of the ATAL” explains Michael Höpfner, KIT.

This unexpected result has been obtained from measurements with the airborne GLORIA infrared remote sounding instrument of KIT and FZJ. It has been confirmed by experiments in the AIDA cloud chamber at KIT: “Our experiments reveal that liquid ammonium nitrate particles become and remain solid at upper tropospheric conditions only in the presence of small impurities of ammonium sulfate” says Robert Wagner from KIT. These findings are supported by independent in-situ aircraft measurements with the ERICA mass spectrometer of MPIC. Observations with the CRISTA and MIPAS satellite instruments allowed the researchers to obtain a global view of the ammonium nitrate layer and to trace the existence of ammonium nitrate particles in the Asian monsoon back to the year 1997.

“Combining all these observations, we have solved the long-standing puzzle of the ATAL’s composition” says Höpfner. So far, ammonium nitrate has been considered as an unlikely constituent of particles at high altitudes. Due to its high solubility in water, it was generally believed that the aerosol precursor gas ammonia (NH3) is washed effectively out of the atmosphere.

“However, with GLORIA we have detected unprecedented concentrations of NH3 at altitudes of 12-14 km during the Asian monsoon – fifty times higher than in previous observations.”

At ground, most of the NH3 emissions are caused by use of synthetic fertilizers and livestock manure management. The highest concentrations worldwide are present in South- and East Asia. During the monsoon period, strong convection transports ammonia to high altitudes where it can form ammonium nitrate. “It still remains an open question why ammonia is not completely removed from the atmosphere by the heavy rainfall connected with the thunderstorms”, notes Höpfner.

“Our dataset proves for the first time that solid ammonium nitrate particles are ubiquitous in the upper troposphere during Asian monsoons.” Such solid aerosols may act as effective nuclei for ice particles during the formation of cirrus clouds. These results are important since aerosol-cloud interactions belong to the largest uncertainties in climate models.