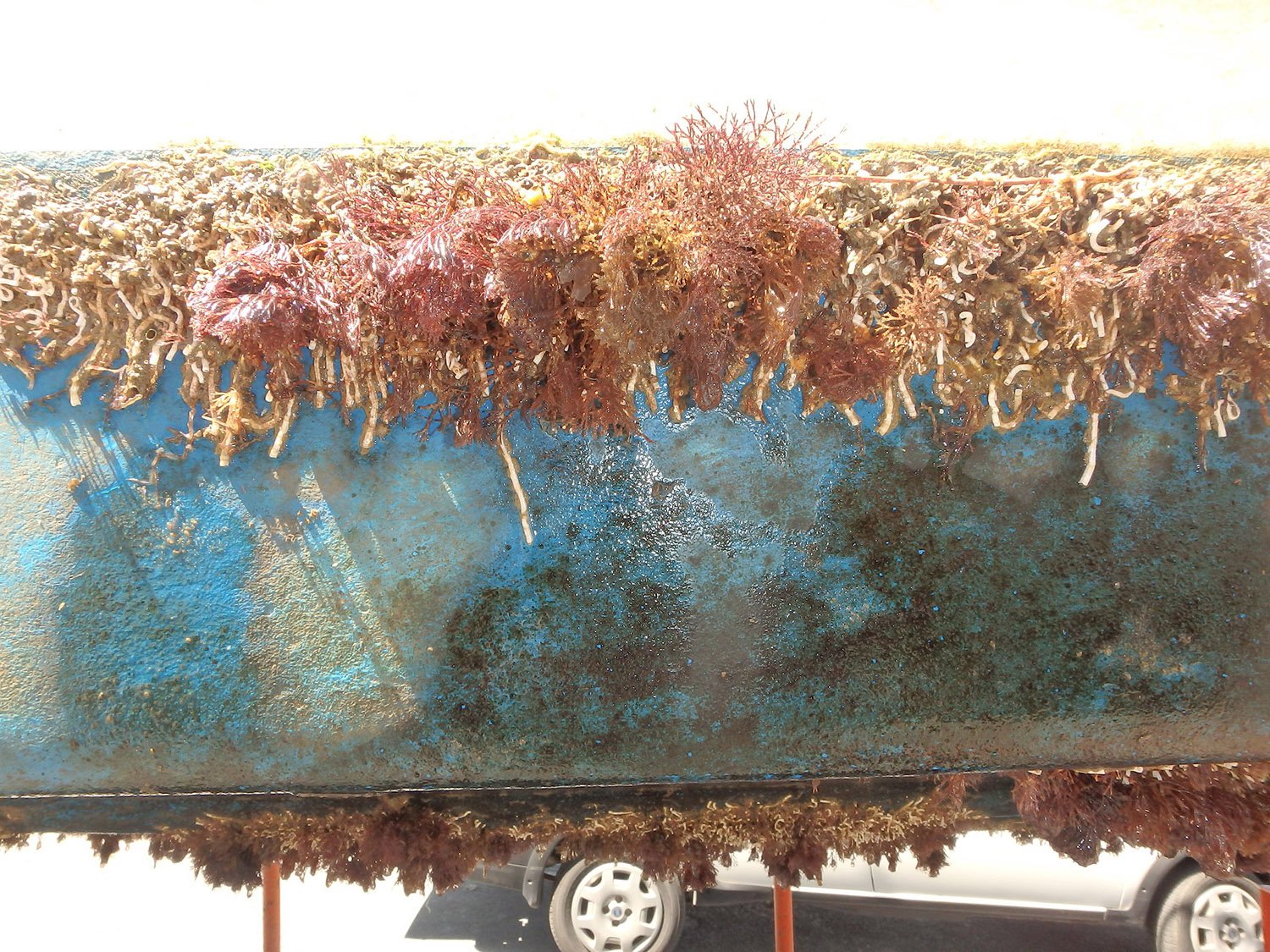 This is the first study in the Mediterranean to combine boat and marina sampling data with crew surveys to better understand the role these boats play in spreading alien species. The researchers from the University of Pavia, Italy found that boats traveling to new marinas were likely to be transporting alien species in the biofouling: living growth on submerged areas of the vessel.

The Mediterranean is a marine biodiversity hotspot, having the highest number of species for its size on the planet as well as the highest number of alien species. Invertebrate spawning occurs in the summer months, coinciding with the annual peak in recreational boating, making boats ideal carriers.

“Boats which have visited Eastern Mediterranean marinas had an especially high risk of spreading alien species due to the closer proximity to the Suez Canal, where most alien species enter the Mediterranean” said Aylin Ulman, lead author of the study.

The biggest predictors of high species richness on boats were visible biofouling in niche areas such as ladders and propellers combined with longer elapsed time since a professional clean. Many boats only had small clumps of visible biofouling, but these could be hosting as many eleven alien species.

Biofouling is not currently regulated in the Mediterranean, which Aylin Ulman said needs to change, “Biofouling is a major vector for the spread of marine alien species in the Mediterranean and needs regulation. To inhibit further spreading, marine pontoons should be cleaned regularly, and incoming vessels to marinas should be screened to determine if they require professional cleaning.”

Even after boats have been professionally cleaned, the researchers found that colonisation of alien species occurs rapidly. This is likely due to niche areas getting missed during cleans. The authors advise that these areas should be given special attention.

Global management of biofouling is currently under consideration by the International Maritime Organization (IMO). The project supervisor, Agnese Marchini is presenting the findings of this study to the 1st GEF-UNDP-IMO GloFouling R&D Forum and Exhibition on Biofouling Management in October in Melbourne, Australia, to inform stakeholders around this.

In the study the researchers sampled 601 boats and surveyed the crews to gather information on travel histories and time since the last clean. This took place at 25 marinas across six countries in Western, Central and Eastern Mediterranean.

Samples from the boats were collected by scuba diving, snorkelling or when the boat was on land. They collected and identified macroinvertebrates including species of annelids, molluscs, tunicates, crustaceans and bryozoans.

Aylin Ulman warned that “the actual number of alien species could be much more than were found in this study since macroalgae were not identified here due to time limitations.” She also added that due to funding limitations “data was not collected from the Southern Mediterranean countries.”

On further research into alien species and recreational boating in the Mediterranean Aylin Ulman said “Longtime colleague Jasmine Ferrario at the University of Pavia is using this extensive dataset on alien species to build a model to identify high-risk marinas using environmental factors and marina characteristics. Some new marinas are now being sampled to validate the model.”