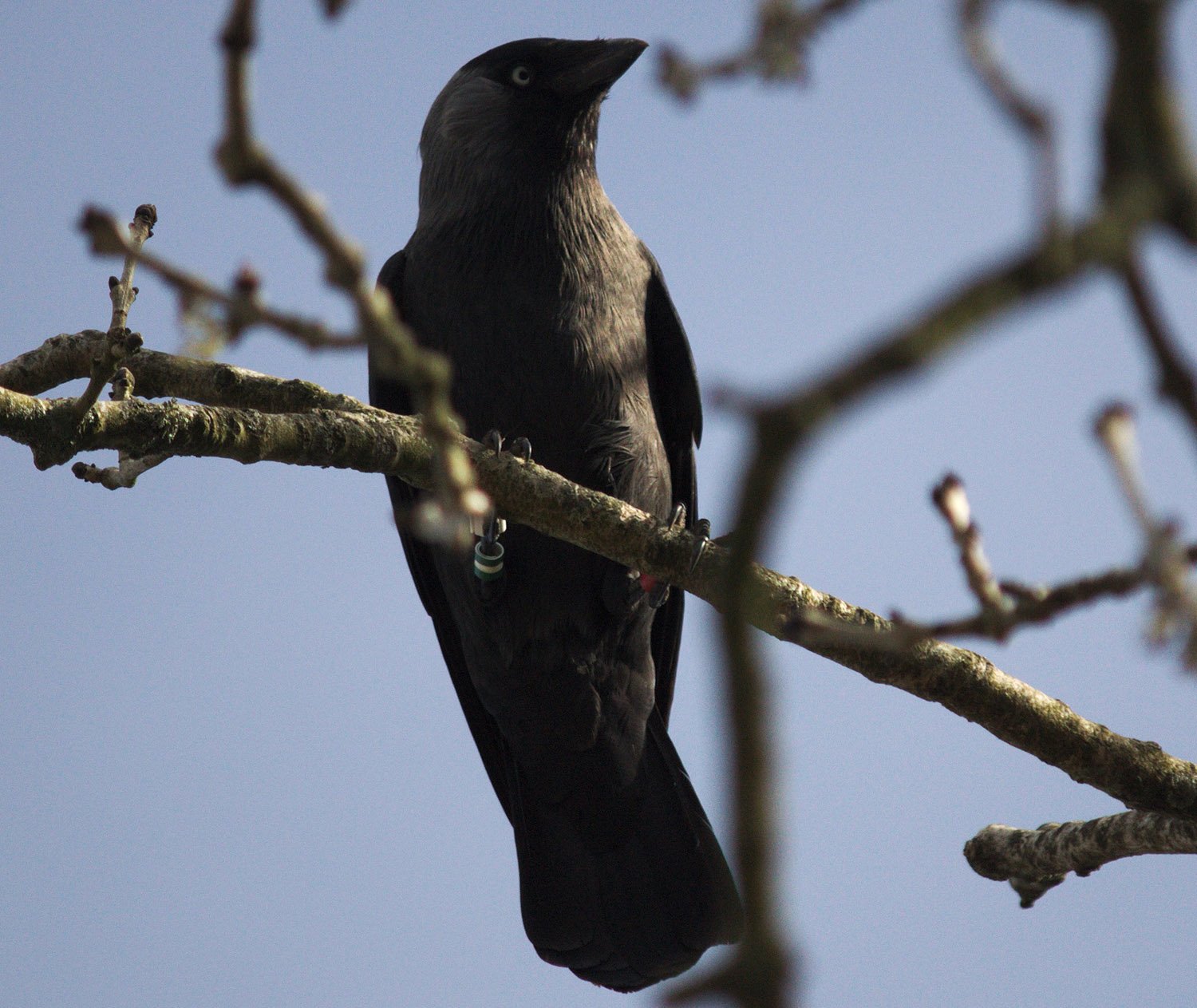 The birds are known to recognise individual people, and respond differently to those they see as a threat.

In the new study, by the University of Exeter, a person unknown to the jackdaws approached their nest, and scientists played a recording of either a warning call or “contact calls” (suggesting no threat).

The next time the jackdaws saw this person, the birds that had heard the warning call reacted defensively by retuning more quickly to their nests.

“One of the big challenges for a lot of animals is how to live alongside humans,” said lead author Victoria Lee, a PhD researcher at the Centre for Ecology and Conservation on Exeter’s Penryn Campus in Cornwall. “People can provide some benefits, such as the food at bird feeders, but in some cases humans are also a threat. Being able to discriminate between dangerous and harmless people is likely to be beneficial, and in this case we see jackdaws can learn to identify dangerous people without having had a bad experience themselves.”

The study was carried out at three sites in Cornwall, focussing on 34 jackdaw nest boxes.

The jackdaws that were played a warning call on seeing a new human returned to their nest boxes more than twice as quickly (53%) on average when seeing that human again, whereas birds that heard contact calls took longer to return to their nest (63% on average).

Though jackdaws returned to their nests more quickly after seeing a human associated with a warning call, the calls did not appear to influence how long birds took to enter their nest box or how long they spent inside.