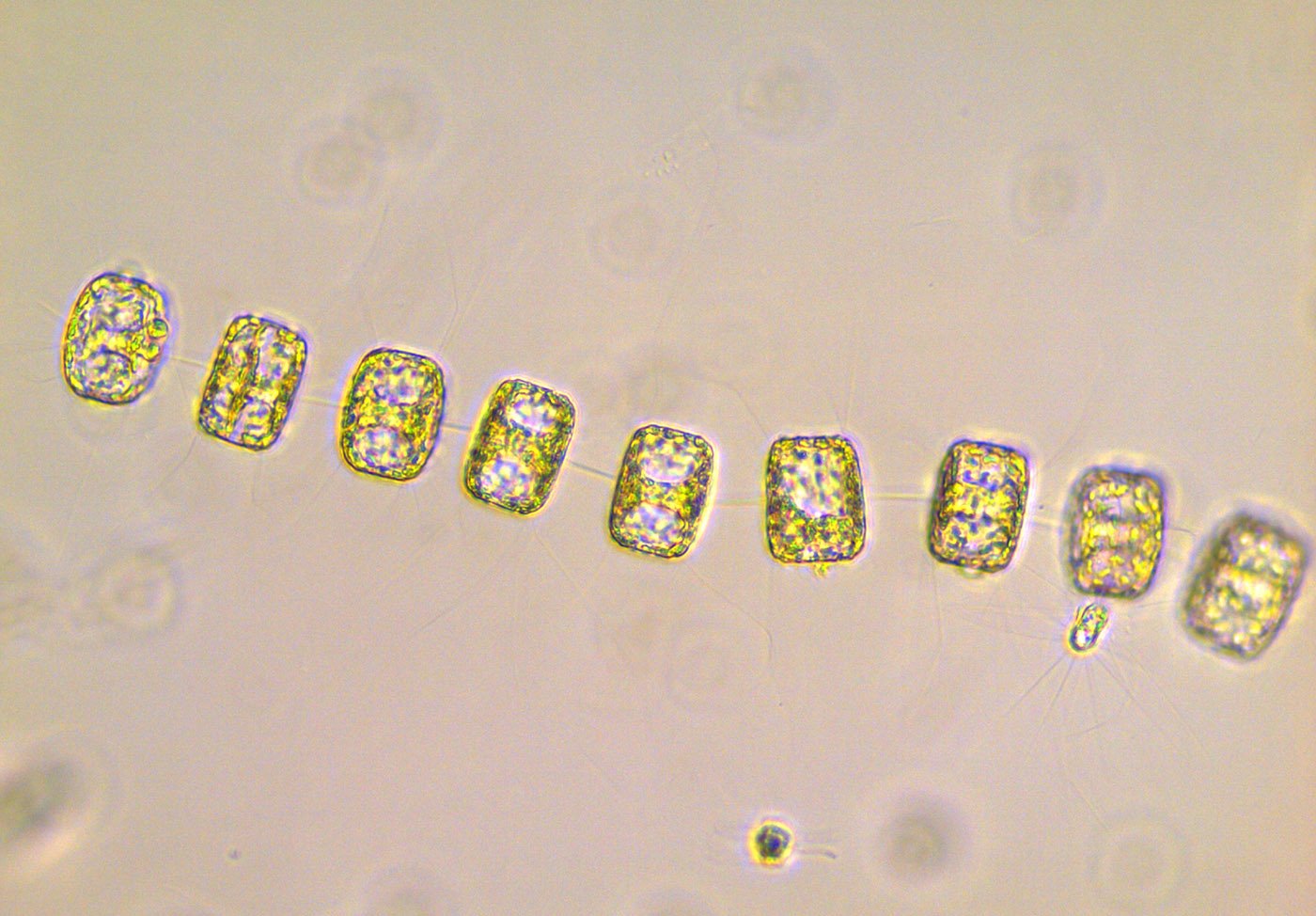 The oceans act as a carbon sink and have already absorbed more than 40% of anthropogenic carbon emissions. The majority of this CO2 has been taken up by the Southern Ocean making these waters hotspots of ocean acidification (OA).

Lead author of the paper published in Nature Climate Change, Dr Katherina Petrou from the University of Technology Sydney, said that although changes in ocean pH have been shown to impact marine calcifying organisms, the consequences for non-calcifying marine phytoplankton are less clear.

“Previous studies reported a range of responses to OA [in phytoplankton] yet rarely considered how environmental pH shifts might affect silicification rates in diatoms,” she says.

“Diatoms are unique phytoplankton in that they need silicic acid to produce silica cell walls. Under the microscope they look like beautiful glass jewellery boxes, but importantly, this dense, glass-like armour promotes sinking, which makes diatoms an important conduit for transport of carbon to the deep ocean where it can be stored for millennia.”

Diatoms are responsible for around 40% of ocean productivity which means they play a major role in supporting marine food webs, sustaining life for millions of creatures, including humans.

The research was carried out the Australian Antarctic base, Davis station, by a team of scientists from the University of Technology Sydney (UTS), Southern Cross University (SCU), the Australian Antarctic Division (AAD) and the University of Tasmania. Using large 650 L experimental tanks, a temperature controlled 40-foot container and natural coastal water, their research was designed to investigate the effects of predicted future changes in ocean acidity on the community structure of the Antarctic phytoplankton.

“We were alarmed to find that diatoms were so negatively affected, with some species likely to have diminished silica production before the end of this century,” says Dr Petrou.

In the context of global climate change, these findings are important because they reveal that OA can notonly alter phytoplankton community composition, but also reduce diatom ballast (sinking ability), adds SCU based Kai Schulz. Loss of silica production and thus ballast could mean that fewer diatoms end up on the ocean floor, resulting in less atmospheric CO2 being removed from our atmosphere and transported for storage in the deep ocean.

“The only genuine way to circumvent this outcome, is to cut our greenhouse gas emissions and limit the acidification of our oceans,” the researchers say.