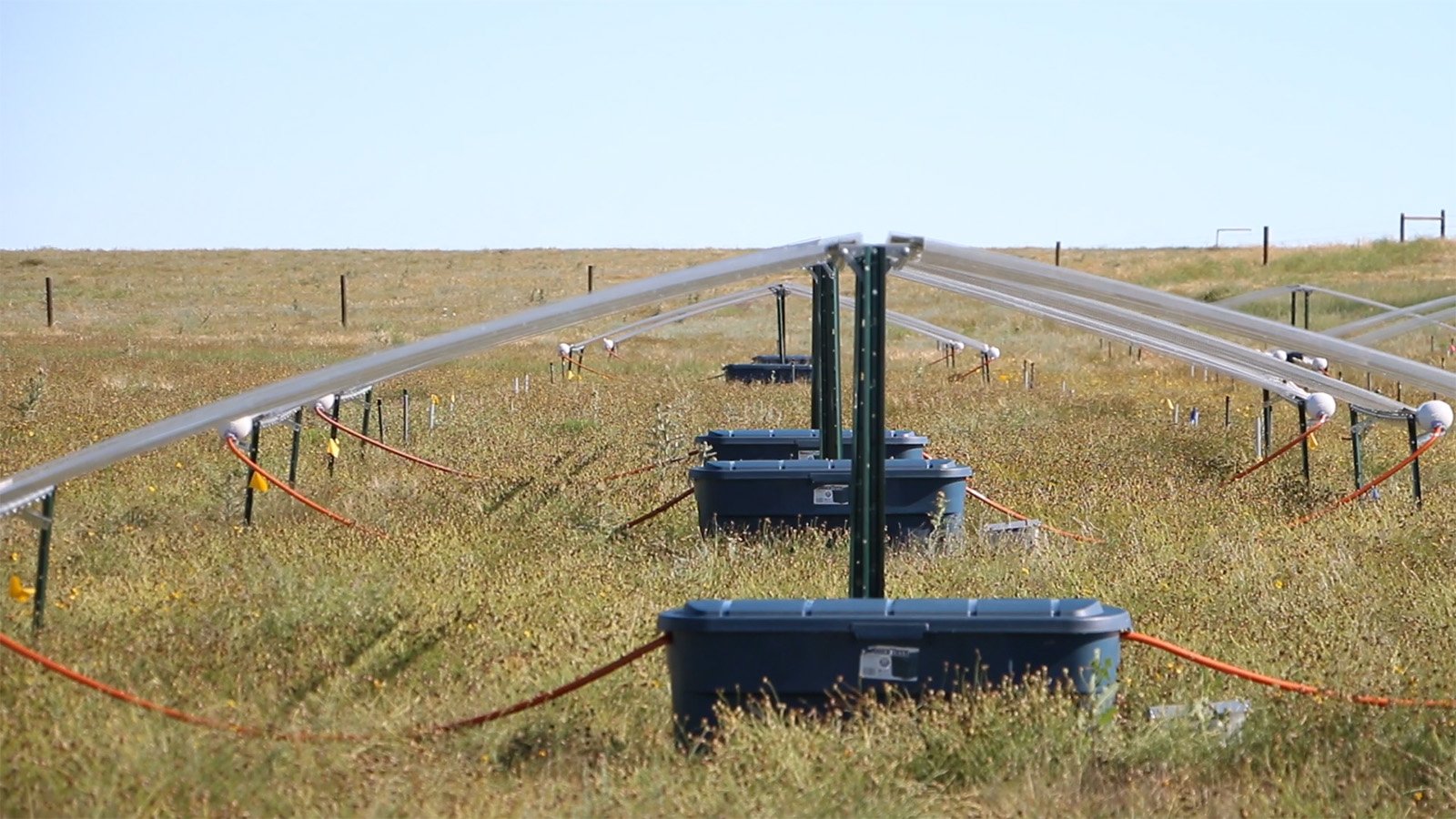 Soil food webs play a key role in supporting grassland ecosystems, which cover about one-quarter of the land on Earth. Climate change poses a threat to these environments, partly because of the uncertainty of extremes in rainfall, which is projected to increase.

To learn more about the effects of these extreme events, a team of soil and plant ecologists, led by Colorado State University faculty, studied nematodes, commonly known as roundworms, that play a key role in carbon and nutrient cycling and decomposition in soil.

Simulating low and high precipitation at grassland research sites in Colorado, Kansas and New Mexico over two years, the researchers found in extreme drought conditions that predator nematodes significantly decreased, which led to the growth of root-feeding nematodes. Typically, these predator roundworms feed on the root-feeding species.

Scientists said the findings may have serious implications for grassland productivity under climate change because under drought conditions, having fewer predator nematodes allows root herbivore populations to explode, which could decrease grass root production.

The study was published June 10 in the Proceedings of the National Academy of Sciences.

Franco said the research team is now analyzing the combined soil and plant results from these sites to learn more about whether plants will suffer more than previously thought, due to extreme drought conditions. CSU scientists are also replicating the research in a controlled environment in a greenhouse, looking at the interaction among changes in moisture and soil fauna composition.

“Root biomass responds to most of the carbon sequestered in grasslands, and it might be that the increased population of root feeders is exacerbating the negative effects of drought on carbon sequestration in these ecosystems,” he said.

The research team hopes to learn more about the interaction between water and nematode stresses to plants and whether these effects could be even worse for ecosystem functioning than they previously thought.