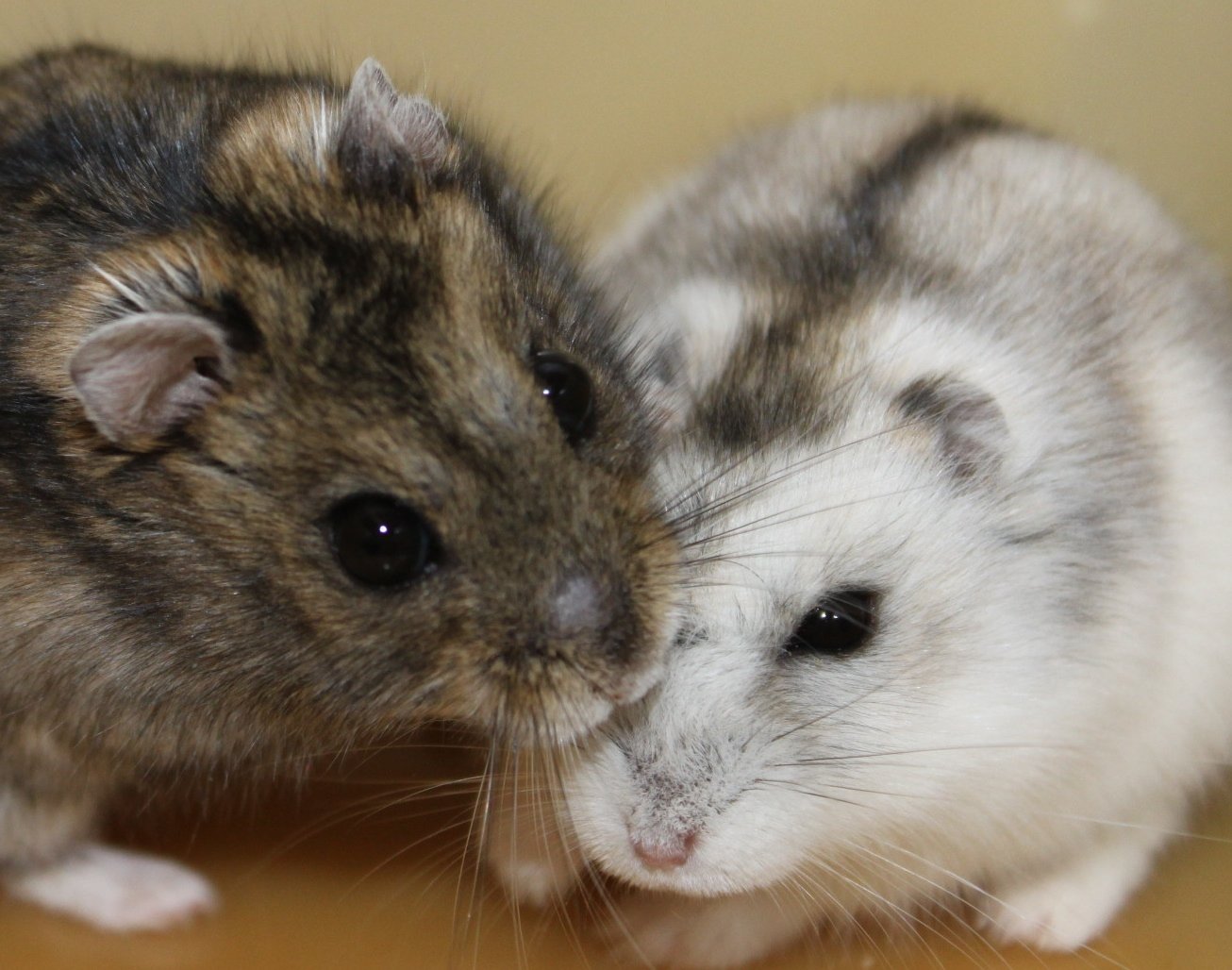 Analysis of the first fully-sequenced genome of the Siberian hamster shows how these small, seasonal breeders adapt their bodies and energy usage to survive the winter.

The research, published this week in the Proceedings of the National Academy of Sciences, also includes transcriptome analysis of gene expression in the brain during both summer and winter conditions, which reveals the cascade of signals that prepare the hamster for winter, triggered by decreasing day length.

The Siberian hamster (Phodopus sungorus) is a model organism for studying seasonal biological rhythms. They breed during the spring and early summer, but as fall approaches and day length shortens, their bodies change dramatically. The hamsters lose almost half their body weight, mostly through fat, and limit food intake by 30 to 40%. They don’t hibernate, but modestly reduce their body temperature during the daytime to conserve energy. Their fur thickens and changes color to stark white, and they become infertile until they begin reversing course to prepare for the next breeding season.

The new study shows that shifting day length alone was enough to trigger these changes, regardless of temperature or how much food is available.

“We hope this will be a tool for discovery and more research on a really interesting biological puzzle, which is how organisms navigate the energetic landscape of nature over the course of a year,” said Brian Prendergast, PhD, professor of psychology at the University of Chicago and one of the authors of the study.

The research is a collaborative project with senior author Tyler Stevenson, PhD, a former postdoctoral fellow in Prendergast’s lab now on the faculty at the University of Glasgow. Stevenson worked with Riyue Bao, PhD, from the UChicago Center for Research Informatics bioinformatics group, to assemble and analyze the hamster genome and transcriptome, or the RNA molecules expressed by its genes, to understand the activity of these genes in the brain under both summer and winter conditions.

Simply a matter of connecting the dots

The researchers focused on activity in the hypothalamus, part of the brain that initiates a number of important metabolic processes like releasing hormones, providing signals to the thyroid, and controlling body temperature, hunger and sleep. Modern science has a pretty good understanding of how these processes maintain weight in the short-term through appetite, food intake and energy expenditure. For the new study, the researchers wanted to see how animals like the Siberian hamster maintain weight long-term in an annual cycle.

Stevenson and Bao worked together to interpret the data about how genes were expressed, looking for differences between samples taken from hamsters during the summer and winter periods. Once Bao spotted those differences and identified which biological processes might be affected, she turned to Stevenson for validation.

“Our collaboration is quite dynamic, like a two-way street,” Bao said. “I would pass the data to him and ask if a certain pathway made sense. Then he might recognize a certain RNA molecule or candidate gene and ask for more information.”

They narrowed in on a gene called pomc. For years, scientists have speculated that it is involved in long-term regulation of weight and energy balance in many animals, but, “It was the steps that control pomc expression that had been the mystery,” Stevenson said. “The studies we designed served to fill the gaps and it was simply a matter of connecting the dots.”

That chain of events begins with thyroid hormone, which is called T4. The T4 hormone is readily available in the bloodstream, and when the amount of daylight begins to increase in the spring, the hamster produces enzymes called deiodinases. These enzymes remove an iodine molecule from T4 and turn it into a more potent hormone called T3 that controls the activity of pomc.

During the summer, increased T3 production allows the hamsters to become fertile, and also ramps up pomc activity, causing them to gain weight. As the days shorten in the fall, T3 production decreases, shutting down reproduction for the upcoming winter. Lowered T3 also downregulates – or switches off – pomc, resulting in dramatic weight loss.

Stevenson also compared the genome of the Siberian hamster to other small mammals like mice and voles. He noticed a lot of differences between animals in the sequence patterns, or motifs, in the promoter region of the pomcgene. This section of DNA at the beginning of the gene sequence plays an important role in how it’s transcribed into RNA, and ultimately how the gene functions. The Siberian hamster shares the same motif with other seasonal breeders, suggesting that it’s key to how pomcis expressed to manage the summer-winter adaptations.

“All animals show a level of seasonal biology, humans included. What our findings show, in hamsters, is that thyroid hormones acting in the brain where pomc is expressed provides the long-term regulation of energy balance,” Stevenson said.

“What is completely fascinating is that this process evolved in some animals, like hamsters and voles, and not in others, like sheep or humans. This tells us that a large degree of genome variability exists across animals and indicates a strong species-specific control of long-term energy balance,” he said.

In a separate set of experiments, the researchers also restricted the amount of food for the hamsters. While this caused some changes in brain chemistry, it didn’t have an effect on pomcexpression. Only long-term changes to day length had an effect on pomc.

Prendergast says patterns like this make the Siberian hamster interesting not just in how it manages seasonal adaptations but in managing body weight in general.

“Researchers who study obesity should pay attention to this model because this is an animal that becomes reversibly obese. Then it can lose almost half its body weight on cue when the day length says it’s time to lose weight,” he said. “They’re a wonderful puzzle for understanding all of these processes.”