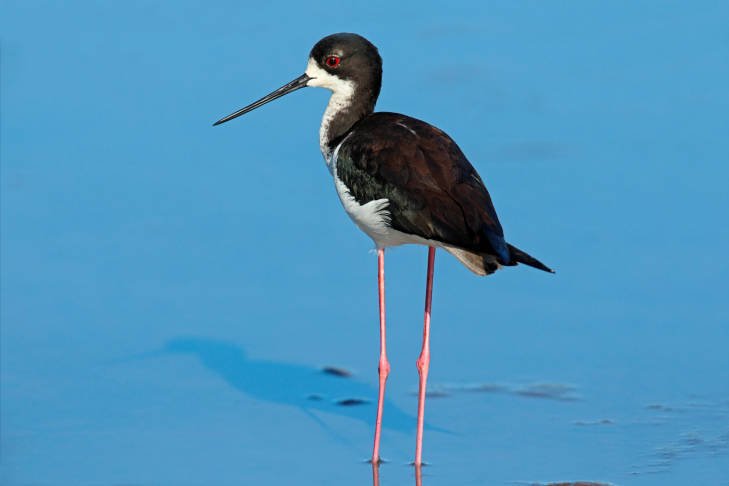 New research led by Defenders of Wildlife and published today in the peer-reviewed journal Nature Climate Change reveals that agencies charged with protecting animals listed under the Endangered Species Act (ESA) are not adequately addressing threats from climate change in ESA planning documents. The study evaluated all 459 U.S. animals listed as ‘endangered’ under the ESA, comparing each species’ sensitivity to climate change against agency plans to manage those threats. The study found that although 99.8% of endangered animals are sensitive to climate change threats, agencies only considered climate change a threat to 64% of those species, and planned management actions addressed climate change for 18% of species.

“Our study demonstrates that while climate change is a pressing threat to imperiled species, agencies that manage federally protected species have not given enough attention to this threat,” said Aimee Delach, Senior Policy Analyst for Climate Adaptation and lead author on the study. “Even worse, we found the agencies are moving in the wrong direction, with actions in recovery documents addressing climate change threats declining since 2014. The current administration produced only one species’ document in 2017-18 that included management actions to address climate impacts. These numbers don’t even account for the disastrous new ESA regulations, which will hinder future efforts by agencies to protect species from these effects.” 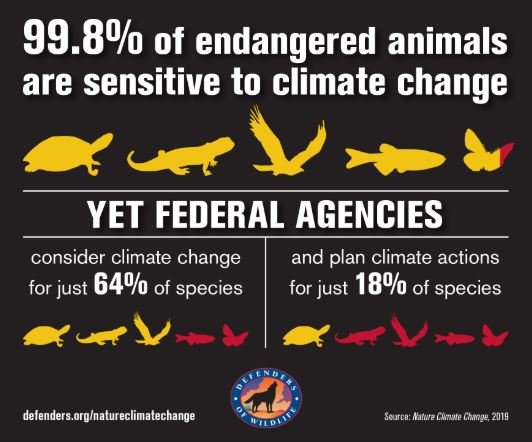 “This study confirms that the climate crisis could make it even harder for nearly all of our country’s endangered species to avoid extinction,” said Dr. Astrid Caldas, Senior Climate Scientist with Union of Concerned Scientists. “While agencies have increasingly listed climate change as a growing threat to species whose survival is already precarious, many have not translated this concern into tangible actions meaning a significant protection gap still exists. We still have time to safeguard many of the endangered species we treasure, but the window to act is narrowing.”