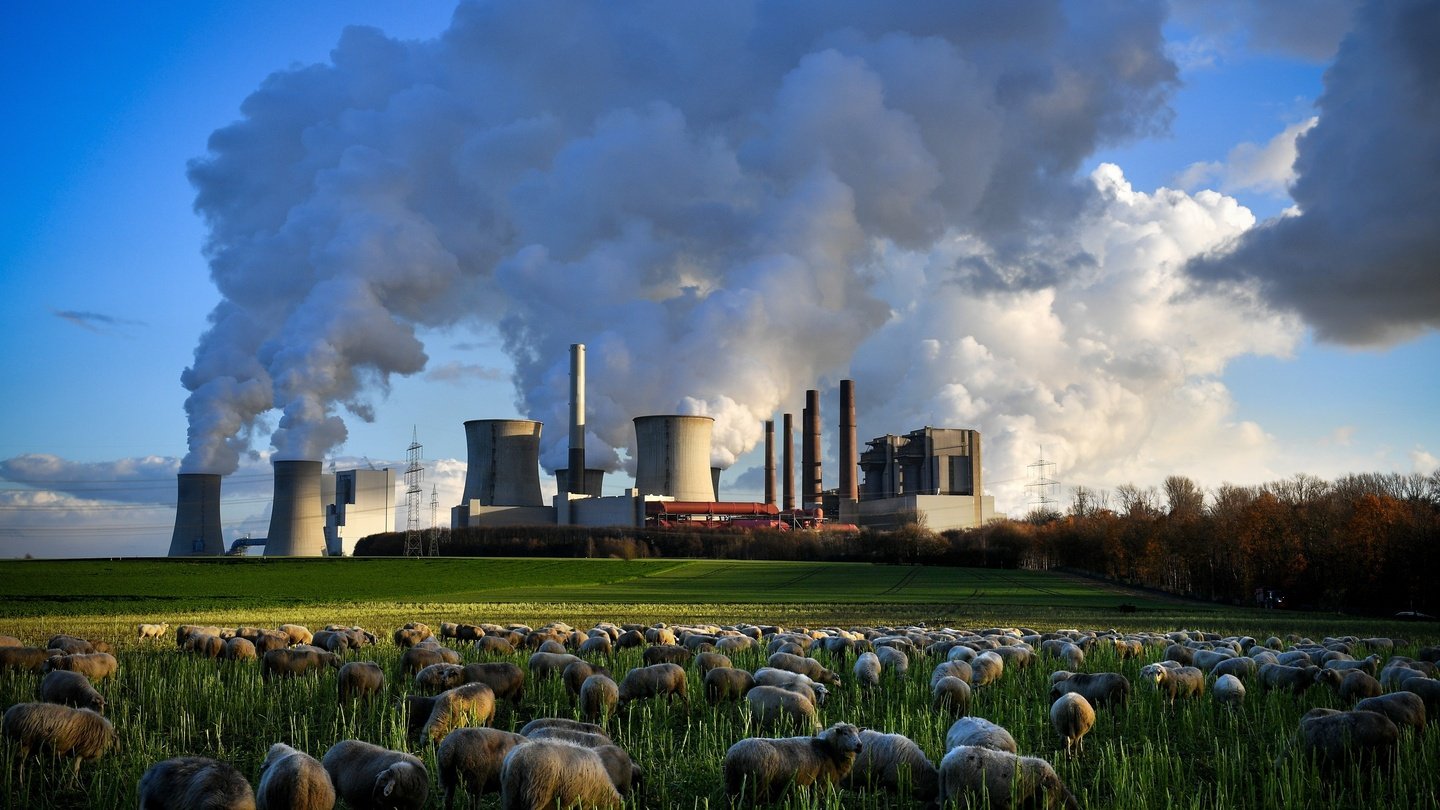 A new report published in Nature Climate Change today unveils a land sector roadmap laying out critical actions on forests, farming and food systems the world should take to veer away from spiking global temperatures. The study is the first of its kind to offer a point-by-point identification of specific land use actions, their related geographies and implementation pathways to reduce land use emissions by 50% per decade between 2020 and 2050 to limit global warming to 1.5 degrees Celsius while also contributing to climate adaptation and sustainable development goals.

“Coming on the heels of historically high summertime temperatures, and in the wake of reports sounding alarms about the state of our forests and food system, this report highlights land-based climate solutions—what to do where, and by when—that are feasible now and deliver many other benefits,” said Stephanie Roe, an environmental scientist at the University of Virginia and the lead author of the study.

“Sustainable land management could contribute 30% of the mitigation needed to achieve Paris Agreement goals of keeping temperatures below 1.5 degrees Celsius. This is on top of the 30% of carbon emissions that land already sequesters naturally. Land is the only solution that reduces emissions and improves biodiversity, water and air quality, food security and livelihoods. Reducing greenhouse gas emissions across all sectors of the economy is critical, but land-based actions impact our lives in so many other ways. However, the window of opportunity is getting smaller. The longer we delay action, the lower our chances of achieving Paris Agreement goals, and the higher the burden we put on our natural and food systems,” Roe said.

For the study, an international team of researchers examined climate models, and assessed 24 land management practices that offer the most mitigation potential and other social and environmental benefits. They then mapped out priority actions countries could take to zero out emissions from the land sector by 2040 to limit global temperatures from spiking beyond 1.5 degrees Celsius. While the study’s authors stress that countries worldwide can contribute to better land management, they conclude that actions in the US, the EU, Canada, China, Russia, Australia, Argentina, India, Brazil and other tropical countries are particularly important due to their large mitigation potentials.

If countries were to implement the roadmap, the land sector (land use change, agriculture and bioenergy) could become carbon neutral by 2040 and a net carbon sink by 2050. Right now, the land sector emits about 11 GtCO2e per year (about 25% of global emissions); with this roadmap, it will be a net carbon sink of about three GtCO2 per year by 2050.

Together, these actions would mitigate 15 GtCO2e per year, about 50% from reducing emissions and 50% from additional carbon uptake by land. In the near term—the next ten years—the six priority actions include the following.

Reduce deforestation, peatland drainage and burning and mangrove conversion by 70% by 2030, particularly in tropical countries including Brazil, Indonesia and countries in Africa’s Congo Basin.

Restore forests, drained peatlands and coastal mangroves, particularly in tropical countries to about nine GtCO2 cumulatively by 2030 (about equivalent to taking up one year of China’s total emissions).

Improve forest management and agroforestry—the planting of trees on croplands to provide shade and other benefits—particularly in the US, Russia, Canada, the EU, Australia, Brazil, Indonesia and other tropical countries to sequester a total of four GtCO2 by 2030 (about equivalent to one year of the EU’s total emissions).

Enhance soil carbon sequestration in agriculture across all agricultural countries, particularly China, the US, the EU, Australia, India, Brazil, Argentina, Mexico, Indonesia and the countries of Sub-Saharan Africa by a total of three GtCO2e by 2030 (about equivalent to taking up one year of India’s total emissions).

Reduce consumer food waste in developed and emerging countries (particularly the US, the EU and China) and food loss from production in Southeast Asia and Sub-Saharan Africa by 30% by 2030.

Shift one in five people to plant-based diets (less than 60 grams of meat protein per day, less than 2,500 total daily calories) in developed and emerging countries, particularly in the US, the EU, China, Brazil, Argentina and Russia by 2030.

“What’s worrisome is the large gap between where we are and where we need to go to avoid climate chaos,” said Charlotte Streck, director of Climate Focus, a think tank, and a study co-author. “Despite efforts to reduce deforestation and restore forests over the last decade, for example, another study we conducted showed that deforestation has increased by over 40% since 2014, and restoration has had only moderate progress—at best. We need to step up action on land now. This roadmap shows us how.”

In the longer term—in the next 20-30 years—the six priority actions above are ratcheted up, and two additional actions, agriculture and bioenergy, also become more prominent after 2030. Deforestation decreases by 95% by 2050, total emissions from the land sector winds down 85% by 2050 and carbon sequestered on land increases about ten-fold between 2030 and 2050.

In addition to nature-based solutions and agriculture, the roadmap also deploys a limited and sustainable amount of bioenergy with carbon capture and storage (BECCS) on degraded lands starting in 2040. Most models rely on large carbon removals from BECCS starting in the next decade. However, recent studies have questioned the feasibility and sustainability of large-scale BECCS, with some reports pointing to large potential impacts on deforestation, biodiversity and land, water and fertilizer use.

To avoid undesirable impacts from larger-scale deployment of BECCS, the roadmap relies on deeper emissions reductions from lifestyle changes, such as reduced meat consumption, which has various economic, environmental and health benefits, and on higher removals from ecosystem-based sequestration, including forest, peatland and coastal mangrove restoration, forest management and agricultural soil carbon enhancement, all of which enhance vital ecosystem services.

“Keeping the planet under two degrees Celsius will require us to halve emissions every decade, and also remove a huge amount of carbon already in the atmosphere,” said Roe. “Restoring forests, peatlands, wetlands and agricultural soils is immediately viable, proven at scale and provides many other benefits compared to other climate solutions. However, we will also need to develop and pilot additional negative emissions technologies—like direct air capture and low-impact BECCS—to sustainably remove more carbon from the atmosphere in the future. Otherwise, we will rely more and more on our natural systems. The land can and already does a lot, but it can’t do it all. Research and investment in negative emissions technologies today will be critical for assisting in their sustainable deployment in the future.”

Going beyond similar climate roadmaps focused strictly on climate benefits, this report identifies actions that deliver wins beyond greenhouse gas emissions cuts and removals. These include economic, environmental, social, health, food security and other benefits that would contribute to the Sustainable Development Goals for 2030 and international commitments like the New York Declaration on Forests (NYDF), the United Nations Convention on Biological Diversity and the Bonn Challenge. The roadmap’s actions on deforestation, restoration and carbon cuts would support targets related to biodiversity, water and air, agricultural productivity and sustainable consumption and production.

“The roadmap is designed to make action on land use more attractive to governments by emphasizing actionable policies that deliver multiple benefits, beyond slashing or storing carbon,” said Pete Smith, a professor at the University of Aberdeen, a study co-author and a convening lead author of the recently-released Intergovernmental Panel on Climate Change (IPCC) report on climate change and land. “Protecting forests, for example, provides cleaner air and water, more food, improved livelihoods, more biodiversity and resilience to climate extremes. These multiple benefits are a real selling point for land-based climate solutions.”

The paper is the most recent and comprehensive review on land-based mitigation since the 2014 5th Assessment Report of the IPCC. Preliminary data of the study was used in the 2019 IPCC Special Report on Climate Change and Land, which argued that forest destruction, bad farming and unsustainable diets, in addition to fossil fuels, must be tackled together to avoid climate chaos. Several of the authors who helped develop the roadmap were IPCC land report contributors.

“Our study highlights the critical importance of the land sector in achieving the Paris agreement goal of balancing carbon sources and sinks,” said Deborah Lawrence, a professor at the University of Virginia and a study co-author. “However, the land sector can’t do it alone—aggressive reductions in fossil fuel emissions and the energy sector are a fundamental component of any plan to keep global temperatures in check.”