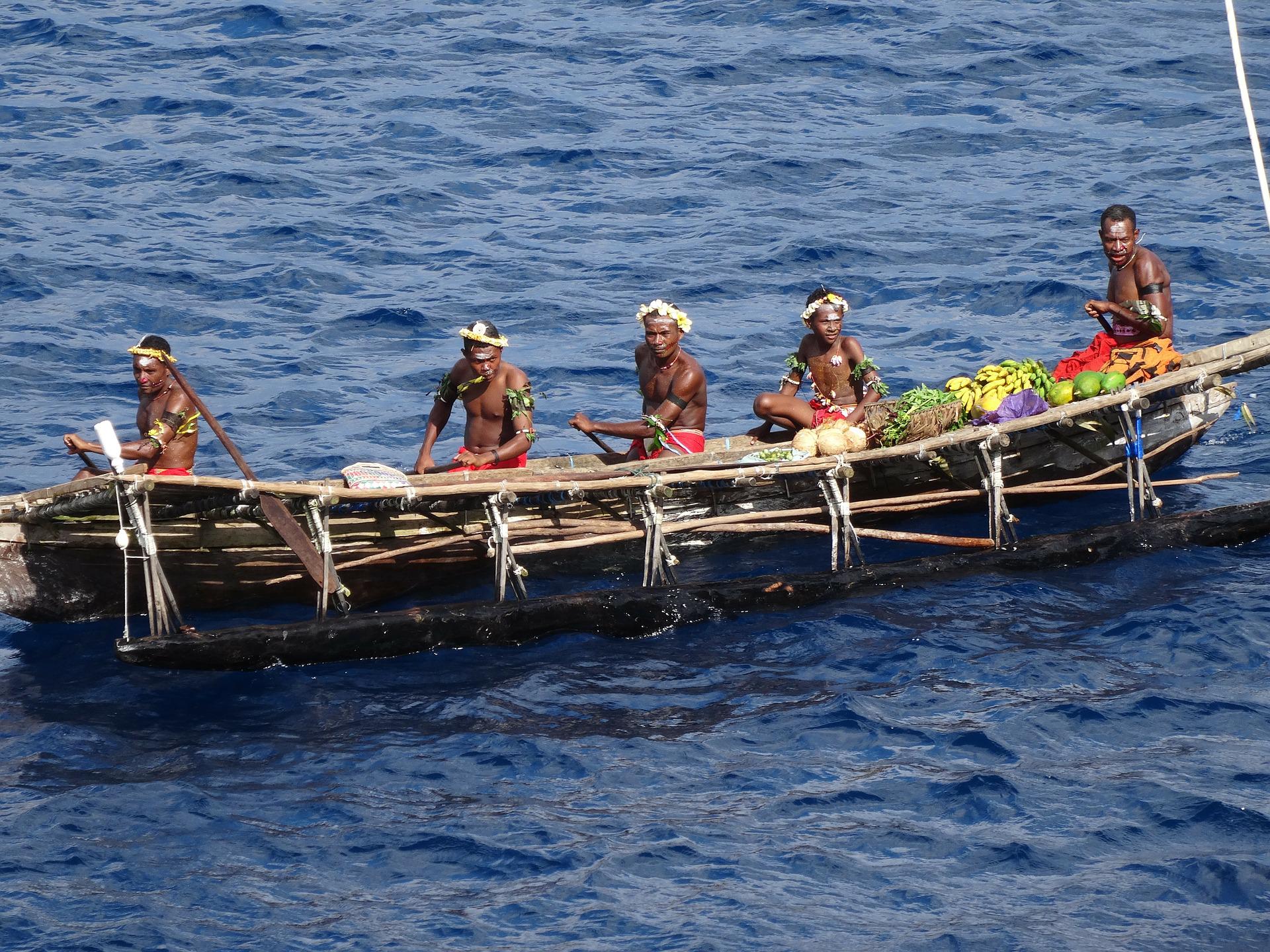 New Guinea is the largest and most mountainous tropical island in the world (Fig. 1). Shaped like a bird, its “head-to-tail” distance is equivalent to travelling from London to Istanbul and its north-south “wingspan” approximates the length of Spain. Its west-east “dorsal spine”, in turn, sustains the highest cordillera between the Himalayas and the Andes. This vast, rugged island is occupied by a mosaic of ecoregions including coastal mangroves, malaria-infested swamp forests, savannahs dotted with termite mounds, lowland jungles home to birds of paradise, montane forests teeming with endemic orchids, high-elevation meadows reminiscent of the Alps and snow-capped peaks higher than Mt. Blanc.

Culturally, New Guinea is hyperdiverse: its inhabitants speak over 1300 distinct languages —an astonishing 15% of the world’s languages in <1% of land surface area. A patchwork of socio-cultural systems adds to its complexity: there are sedentary coastal fishers, nomadic hunter-gatherers, horticulturalists who build tree houses 30 meters above the ground, or agriculturalists whose irrigation networks span entire valleys.

Human-driven climate change, however, is expected to become a threat to New Guinea’s biocultural diversity. Changes in climate are already affecting species’ distribution patterns elsewhere and since most New Guinea cultures are supported by low-income populations that rely on their surrounding natural resources (Fig. 2), climate-induced local extinction of wild food, medicine, and ritual plants is likely to diminish indigenous well-being and cultural integrity. Thus, understanding the potential impacts of climate change on New Guinea’s biocultural diversity is essential for a strategical expansion of protected area networks in ways that protect and reinforce biocultural traditions and the rights of indigenous peoples.

The authors began by assessing the impacts of climate change on New Guinea’s biodiversity by modelling how 2353 endemic plant species ranges will change by 2070 and how this will affect species richness across 20 ecoregions. They then modelled the effects of climate change on cultural heritage by quantifying future changes in the distribution of 720 endemic plant species that indigenous societies value for their daily livelihoods (e.g., food and medicine). Finally, the authors identified priority areas to maximize biological and cultural conservation gains in the face of climate change.

Their analyses suggested three key results. First, that most endemic plant species will have smaller geographic ranges by 2070 so that most ecoregions will be less diverse in the future. Second, that 80% of New Guinea’s language areas will experience reductions in useful plant species, with maximal losses of up to 94 species per area. Finally, the researchers identified a set of priority areas where maximal conservation gains of biodiversity and useful plant diversity can be achieved.

These results have several important implications. Typically, initiatives to identify priority areas for conservation have emphasized conservation of biodiversity alone, whereas biocultural conservation calls for preserving both habitats and habits. This is especially crucial because indigenous peoples inhabit one quarter of the world’s land surface and their subsistence livelihoods are inextricably linked to wild plants. The findings underscore the strong need for interadministrative, intercultural, and international transboundary planning, since top priority conservation areas occur in 28 administrative units and some transcend single-administrative, cultural or country boundaries. By integrating macroecology, social sciences and conservation planning, this study also highlights how transdisciplinary efforts and biocultural frameworks can help address our most pressing societal challenges.