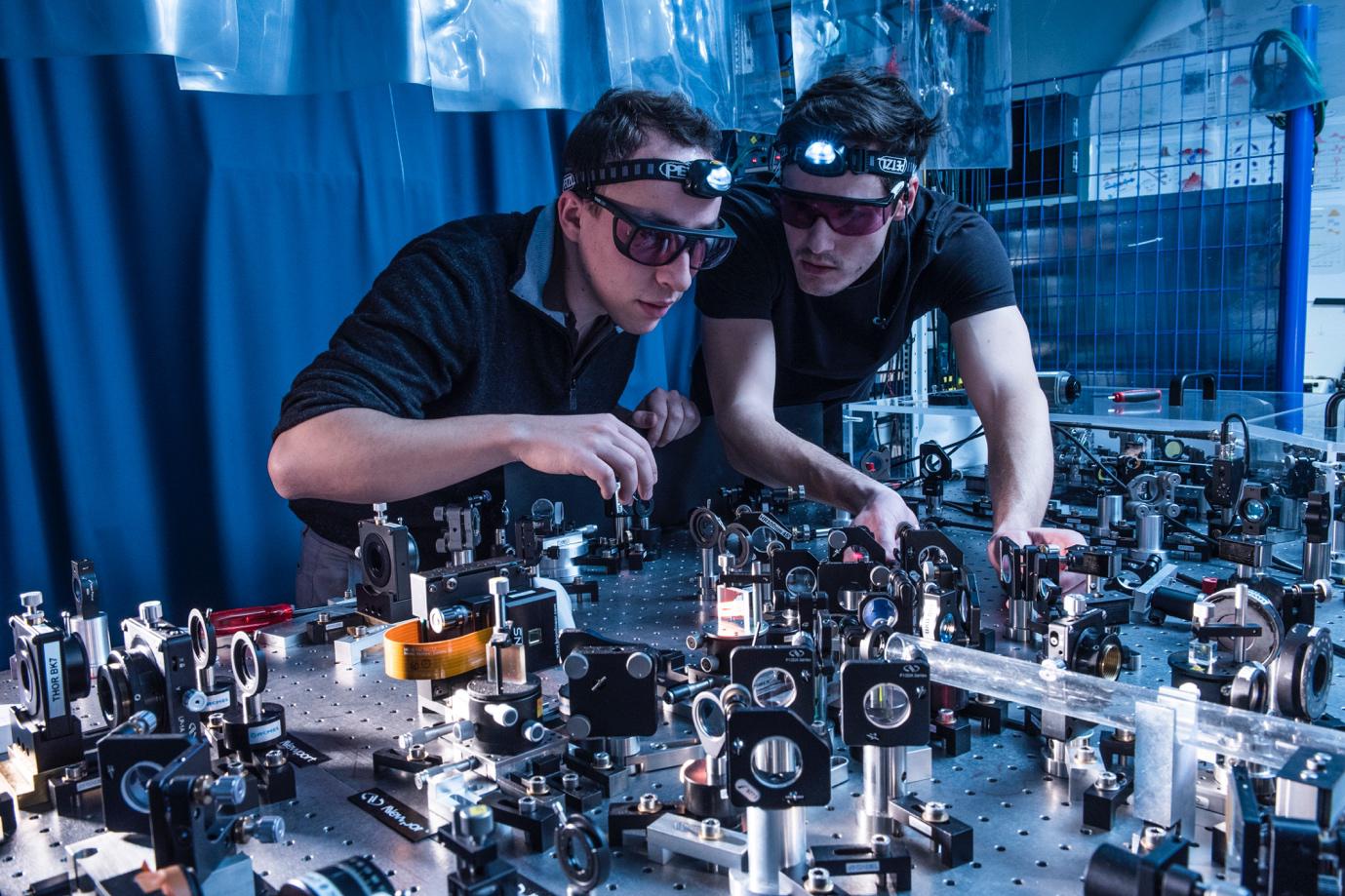 Quantum computers require a range of properties. First of all, we want them to be programmable to tackle a wide range of different problems. Furthermore, we also want them to be scalable, which means that we can put fundamental building blocks together to build a machine that can solve complex problems. Finally, we also want a quantum computer to be universal. Which means that it can perform a set of basic operations that make any quantum state accessible.

The multimode quantum optics group uses light to develop basic building blocks for such a quantum computer. They use a quantum frequency comb as a platform for quantum information processing. The different frequencies can be entangled in a controllable way, which makes the platform scalable and programable. However, in this platform it is hard to access the class of quantum states that are known as non-Gaussian states (see textbox for further details), which means that the quantum computer is not universal.

In their recent Nature Physics paper, the research team developed a technique known as “mode-selective photon subtraction”, where one photon is literally taken out of the light beam to create such non-Gaussian states. A crucial element of the experiment is the control of the frequency of the subtracted photon, as the team even managed to perform photon subtraction in a superposition of frequencies. Due to this degree of control, they could explore the interplay between the non-Gaussian effects that are induced by removing a photon, and the quantum entanglement that is present in the quantum frequency comb. This allowed them to verify a previous theoretical prediction that non-Gaussian features spread out because of the entanglement.