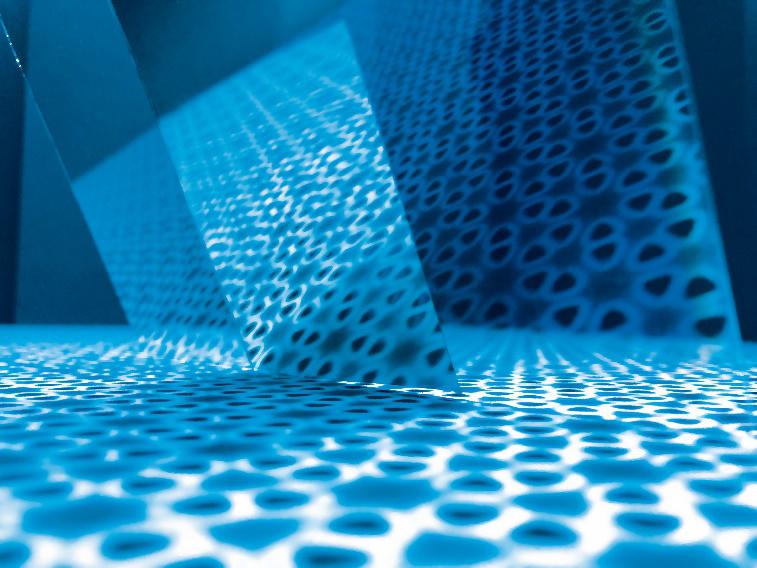 Recently, researchers at Peking University have discovered a new type of reflection mechanism based on topological band-inversion, which opens a new paradigm of harvesting the topological effect for practical applications beyond the topological edge/interface states. Basing on this effect, they demonstrate a high-performance topological bulk laser, which works at room temperature and reaches the practical requirements in terms of cavity size, threshold, linewidth, side-mode suppression ratio and directionality for most practical applications according to IEEE and other industry standards. The related works was reported by Nature Nanotechnology titled “A high-performance topological bulk laser based on band-inversion-induced reflection”.

Laser miniaturization has been persistently pursued since the invention of the first laser to make coherent light source being more compact, faster and more power-efficient. Renmin Ma and collaborators have proposed and realized a novel topological bulk laser based on band-inversion-induced reflection. They construct trivial and topological photonic crystals by tuning the dipole and quadrupole bands with topological feature. The wavefunctions of bulk states in the two photonic crystals acquire opposite parities due to the band inversion. At the real-space interface between the two photonic crystals distinct in topology, there arises a new reflection mechanism effective for photon states with frequency close to the band edges at the center of Brillouin zone, since the states in the trivial photonic crystal cannot propagate into the topological photonic crystal, and vice versa, due to the opposite parities of wavefunctions.

The band-inversion induced reflection happens around the band edges, where there are photon states both inside and outside the cavity at the operating frequency. In a sense, the discovered reflection transforms two pieces of transparent glasses to a mirror by simply putting them together.

The novel band-inversion-induced confinement occurs in a small range of wave vectors around the center of first Brillouin zone; the closer to the center of Brillouin zone, the better reflection and confinement of light. It provides a novel lasing-mode selection mechanism and enables directional lasing emission of cavity modes. And based on this mechanism, Ren-Min Ma etc. constructed a new type of topological bulk lases, which reaches the commercial requirements for most practical applications. The reflection mechanism demonstrated here leads to applications of topological devices beyond edge/interface effects, and can also be applicable for other wave-related fields including electronics, acoustics and phononics.