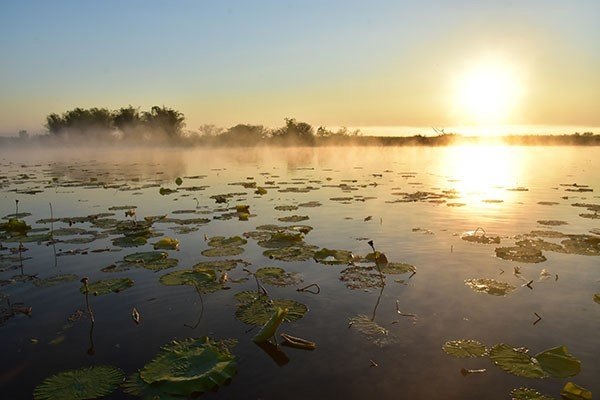 With only about half of Earth’s terrestrial surface remaining as natural vegetation, a University of Queensland-led team has proposed an international goal to halt its continued loss.

The team, led by Professor Martine Maron, examined how a global goal of ‘no net loss’ of natural ecosystems could work, where some nations seek net increases in over-depleted natural vegetation, while recognising that for others, limited further losses of ecosystems might be unavoidable.

“Across the globe, our natural habitats are suffering, with alarming impacts on biodiversity, the climate and other critical natural systems – impacts that affect people too,” Professor Maron said. “To stop the loss, there have been calls for global policy-makers to set targets to protect the nature we have left. It’s a lofty goal, but for it to be achievable, it needs to be equitable. And that means recognising that some nations might need to contribute more to conservation and restoration than others.”

The researchers calculated the depletion of natural ecosystems in 170 countries and considered the socioeconomic factors at play in each.

“There is plenty of divergence across the world,” Professor Maron said. “Many countries have already converted the vast majority of their natural ecosystems, so ecosystem restoration might be needed to contribute equitably to a global ‘no net loss’ goal. On the other hand, there are some countries with largely intact remaining ecosystems and urgent human development imperatives, which may need to accept limited and controlled depletion. The latter include some of the world’s poorest countries, so finding a way for essential development to proceed without locking in the current ongoing declines of natural ecosystems is critical. A global goal of ‘no net loss’ could allow this kind of development in an equitable, limited and transparent way.”

The team’s work on a global no net loss goal comes at a critical time, with the UN’s Convention on Biological Diversity due for a fresh Global Biodiversity Framework in 2020.

“Now’s the time to work out what we really want a future Earth to look like, and soon our governments will be collectively deciding just that,” Professor Maron said. Loss without limit is the paradigm under which natural ecosystems are currently being destroyed – this needs to stop. We need a strong, overarching goal to retain, restore and protect natural ecosystems, while dramatically increasing conservation ambitions globally. A global NNL goal sets a limit to the loss we — and biodiversity — can tolerate, while allowing for human development where it is most urgently needed.”

The study has been published in Nature Ecology and Evolution.