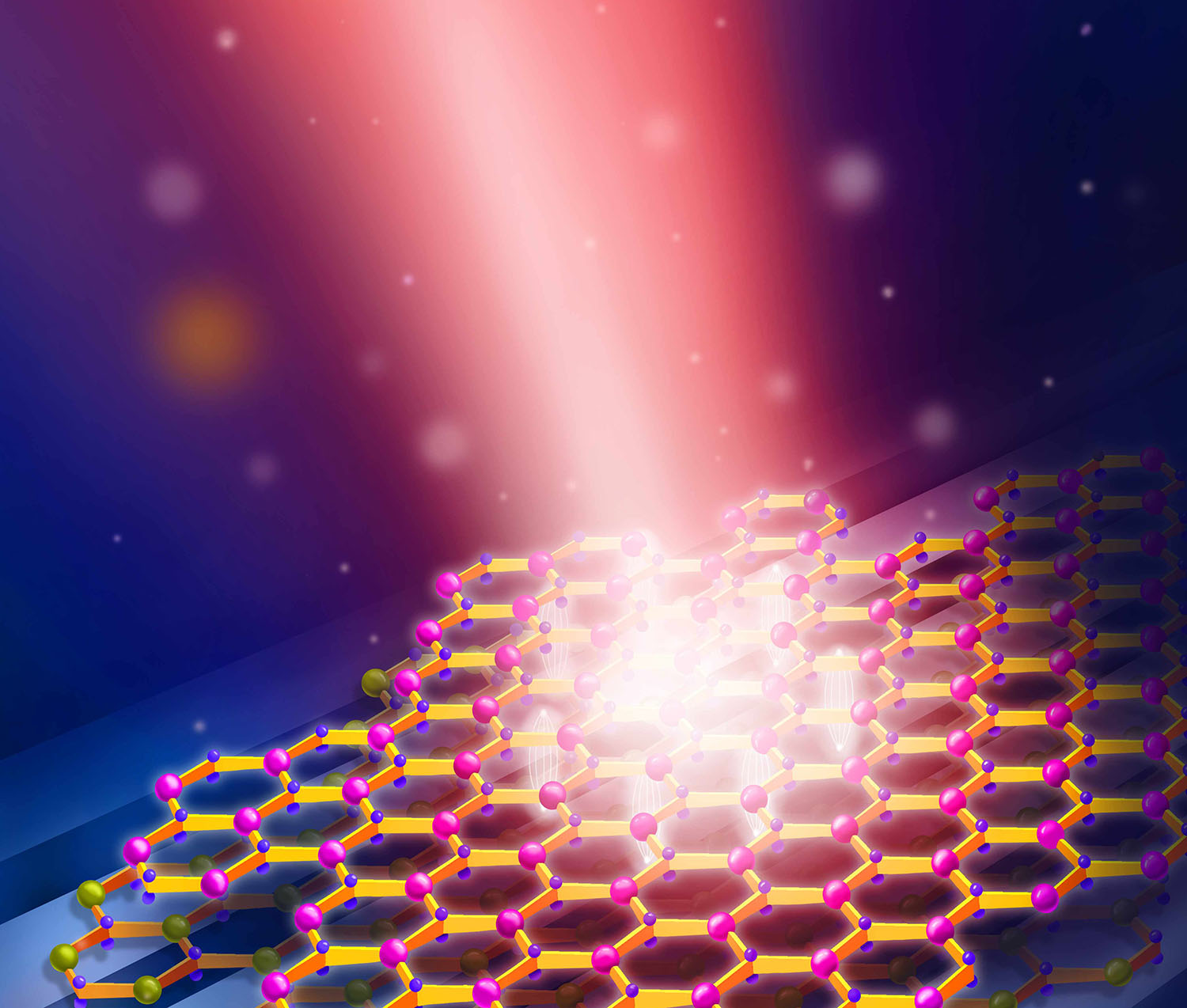 The advent of semiconductor lasers revolutionized the way we send, receive, and store information. For instance, the high-speed internet that you are using to peruse this article was made possible by the optical telecommunication network that uses semiconductor lasers and optical fibers to transmit large amounts of data over long distances. Due to their simple construction, low power consumption, smaller size, ability to cover a wide range of wavelengths, applications of semiconductor lasers are myriad. They include optical communication, printing, sensing, data storage, and medical imaging and surgery, greatly impacting the healthcare, transportation and telecommunications sectors.

The first semiconductor laser was demonstrated in the 1960s, and in the near 60 years since its first scientific discovery, extensive research has been done in fabricating, applying and improving semiconductor lasers. Most semiconductor lasers use group III-V (InGaAs, GaN, etc.) semiconductors as gain media. Carriers, called electrons and holes, are injected into the gain medium, recombine and emit light. A cavity is used to make the recombination more efficient into a specific frequency with a specific spatial distribution, known as cavity resonance. At the same time, the absorption of light by the medium is also amplified in this mode.  When enough carriers are created in the medium, population inversion occurs, that is, it becomes more likely for the carriers to recombine and emit light, rather than for light to be absorbed and create excited carriers. This is how the medium provides gain. Once gain overcomes loss, we quickly reaches the stimulated emission threshold, where the photon number in the cavity mode becomes order of unity in terms of quantized light field. At this point, because of the bosonic nature of photons, the probability for additional photons to emit into exactly the same mode becomes amplified, proportional to the number of photons already in that mode – that is, stimulated emission takes place, leading to an exponential increase of light intensity emitted into that specific cavity mode, and lasing takes place. The stimulated emission process and the massive occupation of photons in the same mode are what bestows laser its key properties – coherent, directional, intense.

While the traditional III-V semiconductors have served us well and fueled the rapid developments in modern computing, communication and integrated photonics, they have matured to a point where power consumption, thermal management and integration are approaching physical limits. In addition, because of their three-dimensional (3D) nature, traditional III-V medium has to be buried inside other materials, lattice-matched with it in order to avoid overwhelming surface effects. This makes the integration of III-V lasers with silicon-based technology complex and inefficient. There have been intense efforts to find alternative gain materials and cavity structures.

Some of the desirable properties of a new type of semiconductor gain material should include efficient interactions with light, good electrical injection/tunability, ready integration with wide ranges of substrates and compatibility with existing silicon industry foundry. A candidate that emerged in the past few years are the two-dimensional semiconductor, exemplified by transition-metal dichalcogenide crystals (TMDCs).

TMDCs are semiconductors with an atomic composition of MX2, where M is a transition metal atom (such as Mo, W) and X is a dichalcogenide atom (such as Se, S). In the bulk form, TMDCs are an indirect bandgap layered material, which makes them optically dark. However, when you thin them down by peeling off its layers using a sticky polymer (aka. Scotch tape), you can obtain a single molecular layer (a monolayer) TMDC, which has a direct bandgap. Such TMDC monolayers generated a lot of excitement in their potential as lasing media. They interact with light orders of magnitude more strongly than traditional semiconductors, and they do not have dangling bonds so they can be easily integrated with the existing silicon-based technologies.

Lasing from monolayer TMDCs have been reported, but in special tightly confined cavity geometries with relatively low output photon flux and limited tunability. Hot carriers recombine rapidly in monolayer crystals, which may prevent lasing if thermalization is not as fast. However,    as we stack two different monolayer TMDCs on top of each other, a hetero-structure is formed with offset bands for the carriers. In this way, injected carriers rapidly separate – electrons in one layer and hole in another. The carrier recombination is slowed down generally, but still gets a boost at the cavity resonance. Such interlayer electron-hole pairs have an out-of-plane dipole moment, which also makes them easy to tune electrically. Therefore TMDC heterostructures possess many of the key benefits of monolayer TMDCs while providing greater controllability, efficient optical pumping and better electrical integration.

If you stack the two layers in any which way however, the interlayer exciton has an indirect bandgap and optically inaccessible. Therefore, we utilize the second harmonic generation (SHG) technique to identify the crystal axis of the individual TMDC layers and rotationally align the crystal axes so that the conduction band and the valence band of two different layers align in momentum space and form a direct bandgap. Then, we integrate the rotationally aligned heterobilayer with a silicon nitride (SiN) grating resonator cavity. The cavity is a 120 nm thick layer of SiN with a 50 nm gap ‘trench’ patterned and etched on top. The SiN grating cavity is relatively easy to fabricate while still offering great tunability.

Once we fabricated the device, we performed various optical measurements to rigorously test and confirm that our device is lasing. First signature of lasing is the super-linear increase in emission intensity as a function of pump power. When enough carriers are injected into the gain media, we observe a threshold where the emission intensity sharply increases, signifying the onset of population inversion and stimulated emission. The emission also becomes more coherent, both spectrally and spatially. We observe the increase in spectral coherence by measuring the sudden sharpening of the emission linewidth at threshold pump power. We measure the spatial coherence of the device using a Michelson interferometer and observe a sudden increase in spatial coherence length at threshold power, indicating spatially extended lasing in our 2D hetero-bilayer gain medium.

The demonstration is the first step in creating a new class of more efficient, compact and integrated semiconductor lasers using atomically-thin two-dimensional heterostructures. We hope to use different 2D heterostructures and integrate electrical control to gain better understanding and thereby optimize the carrier dynamics for more efficient lasing, to cover different wavelengths, to tune and modulate the lasing output, and to explore many-body phenomena.