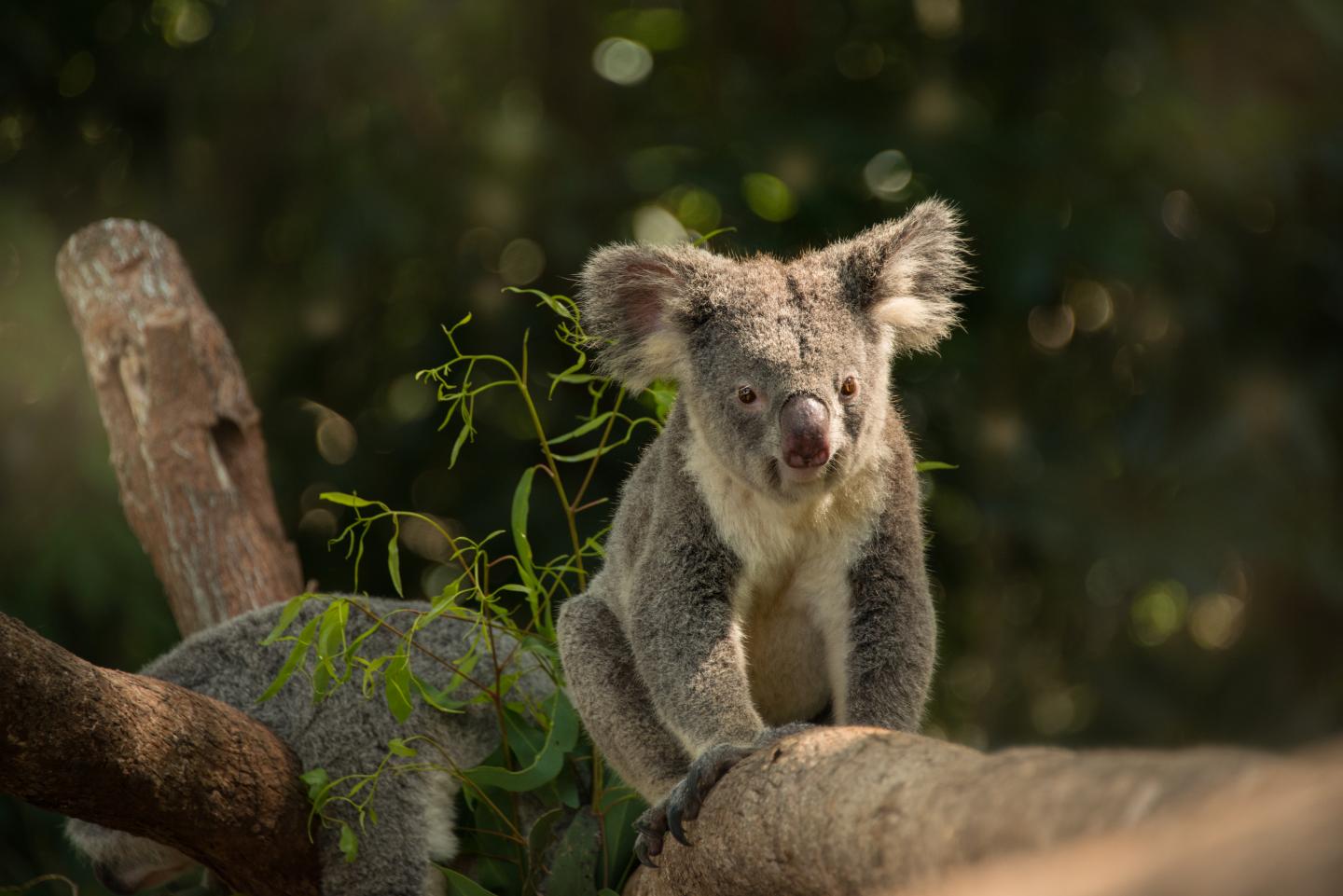 Spread across the globe, from Central and South America to Japan, non-human primates have a toehold that almost spans the tropics, but they never made it to Australia. Christofer Clemente, from the University of the Sunshine Coast, Australia, explains that a marsupial got to grips with life in the trees instead. Equipped with two thumbs on their grasping hands, koalas (Phascolarctos cinerus) rarely descend to the ground and appear to be as comfortable with heights as apes and monkeys.

Yet it wasn’t clear whether the cuddly Antipodeans use the same movement strategies as primates for negotiating their arboreal homes. Intrigued, Joshua Gaschk, Celine Frère and Clemente visited the nearby Queensland Zoo (Wildlife HQ) to film koalas’ movements in 3D as they clambered around their enclosure. They publish their discovery that koalas move like other marsupials when on the ground but manoeuvre through trees like apes in Journal of Experimental Biology.

“Some days were more exciting than others in terms of koala activity; they do a lot of sleeping”, chuckles Clemente, who recalls that the marsupials were most animated at feeding time when he visited them in the zoo.

In addition, the animals were reluctant to walk on the ground, ascending the nearest trunk to find a comfy perch as soon as the zookeepers deposited them on the floor; they even tried climbing the scientists’ camera tripods to get above ground level. In addition, Gaschk had to make sure that the cameras were properly synchronised and calibrated, waving a 24 cm long stick in the area that both cameras were focused on, so that he could accurately determine the position of each animal’s limbs as they clambered about.

Eventually, after months of painstakingly digitising the animals’ manoeuvres, Gaschk focused in on 198 strides – ranging from 47 on the ground to 62 ascending and descending a slope and 89 along a narrow horizontal beam – and realised that despite their extremely distant relationship, the koalas’ climbing movements are very similar to those of primates. The marsupials make sure that the diagonally opposed hand and foot (the right hand and left foot, or the left hand and right foot) are always in contact with the branch for stability, while taking longer and slower light-footed steps to make sure that they don’t lose balance.

“This specific gait pattern, which is linked to greater stability, is rarely seen outside of primates”, says Clemente, adding that the koalas, like primates, depend heavily on their hands and feet to grip on tightly.

However, the marsupials were not as fleet of foot as nimble primates, only managing a top speed of 0.7 m/s (2.5 km/h) as they climbed.

In addition, Gaschk analysed the koalas’ manoeuvres on the ground, which turned out to be more similar to those of other marsupials, which bound like rabbits, synchronising their hind feet to hit the ground at the same moment. And when he calculated the koalas’ top speed on the flat, they were up to four times faster than when climbing through the tree tops, reaching speeds of up to 2.8 m/s (~10 km/h).

In short, koalas move like marsupials on the ground, but they have converged on the same strategies as primates when clambering through trees. Clemente also admits that he was surprised by the koalas’ agility as they manoeuvred between branches.

“We occasionally saw leaps of over 1 m from branch to branch, or a koala moving along a branch while hanging underneath just using their forelimbs”, he recalls.

But Clemente warns that koalas are coming under increasing risk as we destroy more of their precious habitat and says, “We need to do more to make our urban areas more koala friendly by improving the connectivity between remaining trees”.