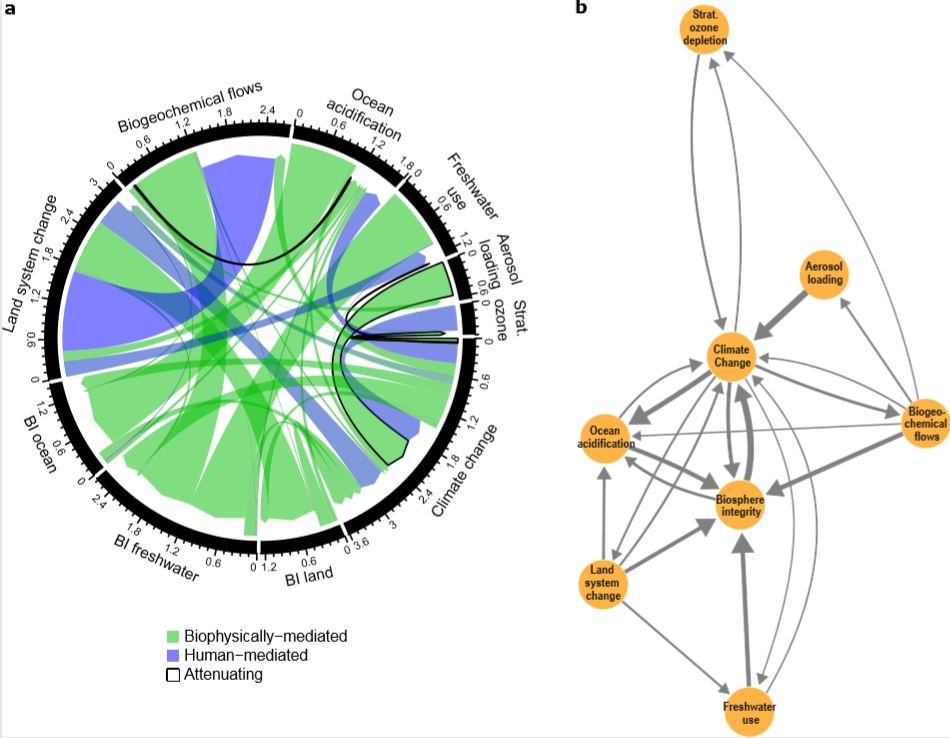 The bushfires raging across Australia are a distressing example of connections between global environmental problems that amplify human impacts on the Earth System, says ANU scientist Dr Steven Lade.

He and other authors, including ANU Emeritus Professor Will Steffen, write about this concerning phenomenon in Nature Sustainability, using the ‘planetary boundaries’ framework to analyse these connections.

One of the key interactions involves amongst the planetary boundaries involves climate change and land systems, an interaction that is currently playing out in disastrous fashion with the mega-fires in eastern Australia.

Climate change, through increasing temperatures and changing rainfall patterns, has played a significant role in creating the conditions conducive for such massive and widespread fires,” said Dr Lade, an ANU Honorary Senior Lecturer who is based at Stockholm Resilience Centre, Stockholm University.

In turn, the bushfires are having an impact on the climate system by releasing large amounts of carbon dioxide into the atmosphere, contributing to further climate change in what scientists call a ‘feedback loop’. In addition, smoke, unlike some other types of aerosols, also absorbs solar radiation, accelerating climate change even further.

The severity of the fires coupled with ongoing climate change could lead to ecosystem shifts as the landscape eventually recovers. If new ecosystems store less carbon than the forests that were burnt, a long-term, net increase in atmosphere CO2 will occur.