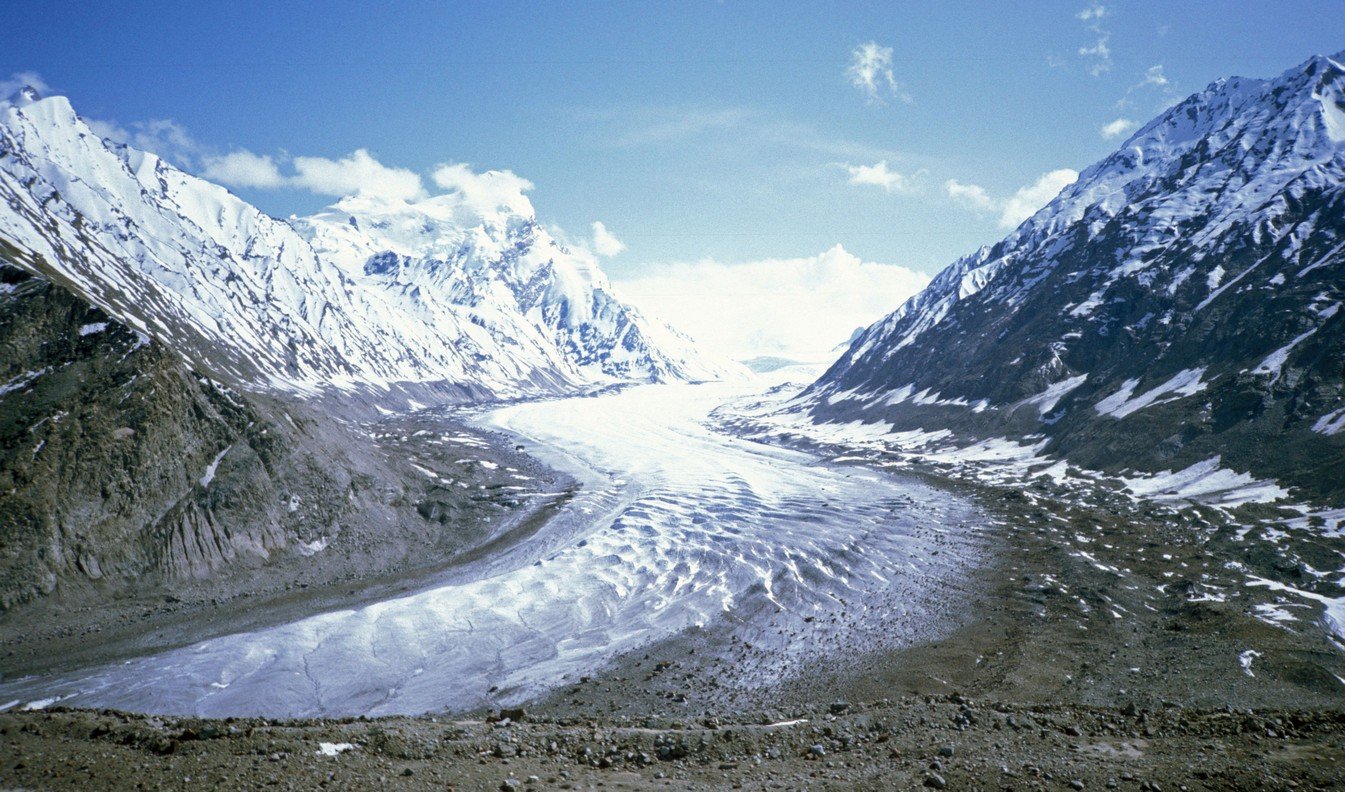 Human beings altered one of the highest peaks in the Himalayas hundreds of years before a person ever set foot there, new research has found.

The study, publishing today in the Proceedings of the National Academy of Sciences, indicates that the byproducts of burning coal in Europe in the late 18th century made their way to the Dasuopu glacier in the central Himalayas, some 6,400 miles as the crow flies from London, the birthplace of the Industrial Revolution.

“The Industrial Revolution was a revolution in the use of energy,” said Paolo Gabrielli, lead author of the study and a principal investigator and research scientist at The Ohio State University Byrd Polar and Climate Research Center and the School of Earth Sciences. “And so the use of coal combustion also started to cause emissions that we think were transported by winds up to the Himalayas.”

The research team that published this study was part of a larger international team that traveled to Dasuopu in 1997 to drill ice cores from the glacier. The cores provide a record of snowfall, atmospheric circulation and other environmental changes over time; the Byrd Center has one of the largest collections of ice cores in the world.

Dasuopu – at 7,200 meters or 23,600 feet above sea level – is the highest-altitude site in the world where scientists have obtained a climate record from an ice core. Dasuopu is located on Shishapangma, one of the world’s 14 tallest mountains, which are all located in the Himalayas.

For this study, the research team analyzed one core taken from Dasuopu in 1997 for 23 trace metals.

The ice cores operate as a sort of timeline, and show new ice forming in layers on the glacier over time. It is possible for researchers to tell almost the precise year a layer of the glacier formed because of environmental clues like snowfall or other known natural or man-made disasters. The ice the researchers evaluated formed between 1499 and 1992, the team determined. Their goal was to see whether human activity had affected the ice in any way, and, if so, when the effects had begun.

Their analysis showed it had: The team found higher-than-natural levels of a number of toxic metals, including cadmium, chromium, nickel and zinc, in the ice starting at around 1780 – the very start of the Industrial Revolution in the United Kingdom. Those metals are all byproducts of burning coal, a key part of industry at the end of the 18th century and throughout the 19th and 20th centuries.

The researchers found that those metals were likely transported by winter winds, which travel around the globe from west to east.

They also believe it is possible that some of the metals, most notably zinc, came from large-scale forest fires, including those used in the 1800s and 1900s to clear trees to make way for farms.

“What happens is at that time, in addition to the Industrial Revolution, the human population exploded and expanded,” Gabrielli said. “And so there was a greater need for agricultural fields – and, typically, the way they got new fields was to burn forests.”

Burning trees adds metals, primarily zinc, to the atmosphere. Gabrielli said it is difficult to tell whether the glacial contamination comes from man-made or natural forest fires. And there are few high-altitude records of large-scale fires from around the world, making that contamination more difficult to track.

The contamination in the ice core records was most intense from about 1810 to 1880, the scientists’ analysis found. Gabrielli said that is likely because winters were wetter than normal in Dasuopu during that time period, meaning more ice and snow formed. That ice and snow, he said, would have been contaminated by fly ash from the burning of coal or trees that made its way into the westerly winds – and greater quantities of contaminated ice and snow means more contamination on the glacier.

Noteworthy to Gabrielli was that the contamination appeared long before humans scaled the mountains around Dasuopu. The first mountain climbers reached the summit of Mount Everest, at 29,029 feet the world’s highest peak above sea level, in 1953. Shishapangma, at 26,335 feet the 14th-highest peak in the world, was first climbed in 1964. The Dasuopo glacier drilling site is about 2,700 feet below the summit.

Gabrielli said it is also important to note the difference between “contamination” and “pollution.”

“The levels of metals we found were higher than what would exist naturally, but were not high enough to be acutely toxic or poisonous,” he said. “However, in the future, bioaccumulation may concentrate metals from meltwater at dangerous toxic levels in the tissues of organisms that live in ecosystems below the glacier.”

This study shows that human activity altered the atmosphere in the Himalayas starting at the end of the 18th century. But a previous study Byrd Polar Center researchers published in 2015 showed that in other parts of the world, namely Peru, human mining for silver contaminated the air in South America as many as 240 years before the Industrial Revolution.

“What is emerging from our studies, both in Peru and in the Himalayas, is that the impact of humans started at different times in different parts of the planet,” Gabrielli said.