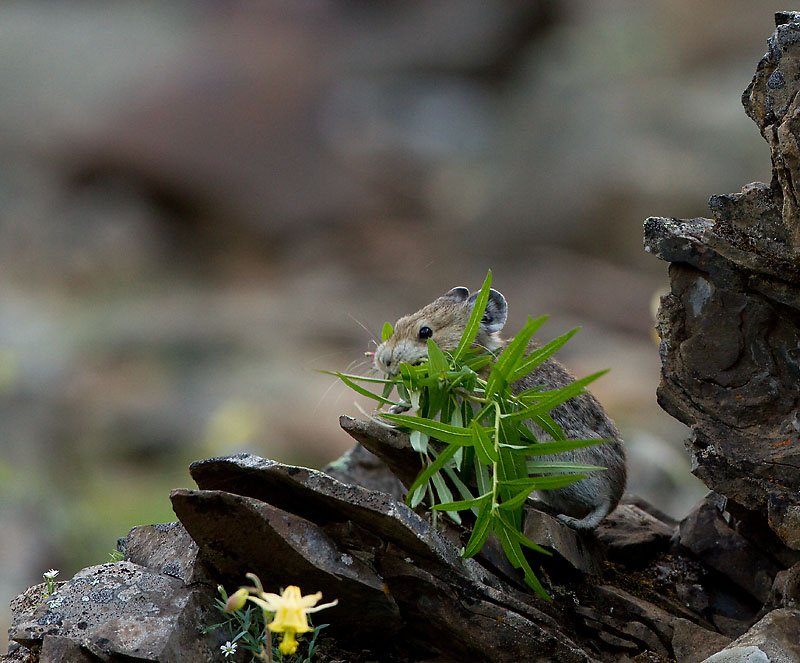 Geography may play a more important role than genetics in predicting how the response of the American pika to climate differs across space and time, suggests a paper published in Nature Climate Change.

Understanding why variability in responses exists within a species, and how it affects that species’ adaptability to a changing climate, is important for conservation efforts. Previously, such variability was thought to be caused by genetic differences between populations. The pika, a small relative of rabbits and hares, is a species typically found at high elevations in western North America and has long been studied for its sensitivity to climatic extremes.

Adam Smith, Erik Beever, and colleagues used an expansive compilation of data from museums, wildlife agencies, individual researchers, and scientific literature to analyse the causes of variable responses to climate among different pika populations. After testing eight separate hypotheses, the authors found that classifying pika populations by ecoregion best explained how the animal responds to climate. This means that the species’ distribution does not simply reflect its evolutionary history, but instead more strongly relates to characteristics of their habitat. This may be because these animals eat and are shaded by different plants or because they rely on climate microrefugia — cooler areas within their habitat, such as the area shaded by a rock, or areas near below-ground ice — to survive warmer temperatures.

The authors conclude that these findings suggest that geography should be considered when developing conservation policy.

In a related News & Views article, Meagan Oldfather writes, “These findings have significant implications for the site-specific management and restoration needs for species of concern: specifically, a management approach that is successful in one area may be irrelevant, or even disastrous, in another.”