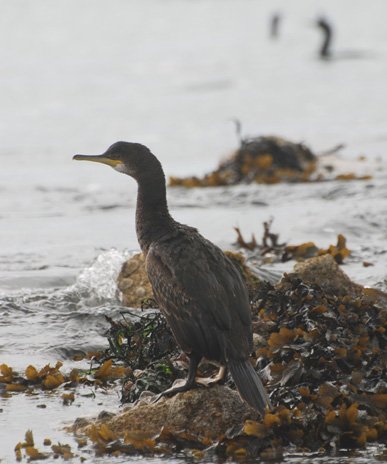 Diving seabirds watch each other to work out when to dive, new research shows. Scientists studied European shags and found they were twice as likely to dive after seeing a fellow bird go underwater.

The study is the first to investigate why large groups (known as “rafts”) of shags dive together at sea. University of Exeter scientists filmed the birds off the Isles of Scilly to examine their behaviour.

“Our results suggest these birds aren’t just reacting to underwater cues when deciding where and when to dive,” said Dr Julian Evans, who led the study as part of his PhD at the University of Exeter. “They respond to social cues by watching their fellow birds and copying their behaviour. They’re essentially using other flock members as sources of information, helping them choose the best place to find fish.”

This behaviour might bring various benefits, and more research is needed to fully understand it.

“Watching other birds could help shags save energy by reducing the need for uninformed sample dives,” said Dr Evans. “Diving in the same area as another bird might also be beneficial because the prey might be disorganised, pushed into certain areas or fatigued by previous divers.”

Dr Evans said it was important to understand the behaviour of European shags because they – like most seabird species – are under “great pressure” due to declining fish stocks, climate change and habitat loss.