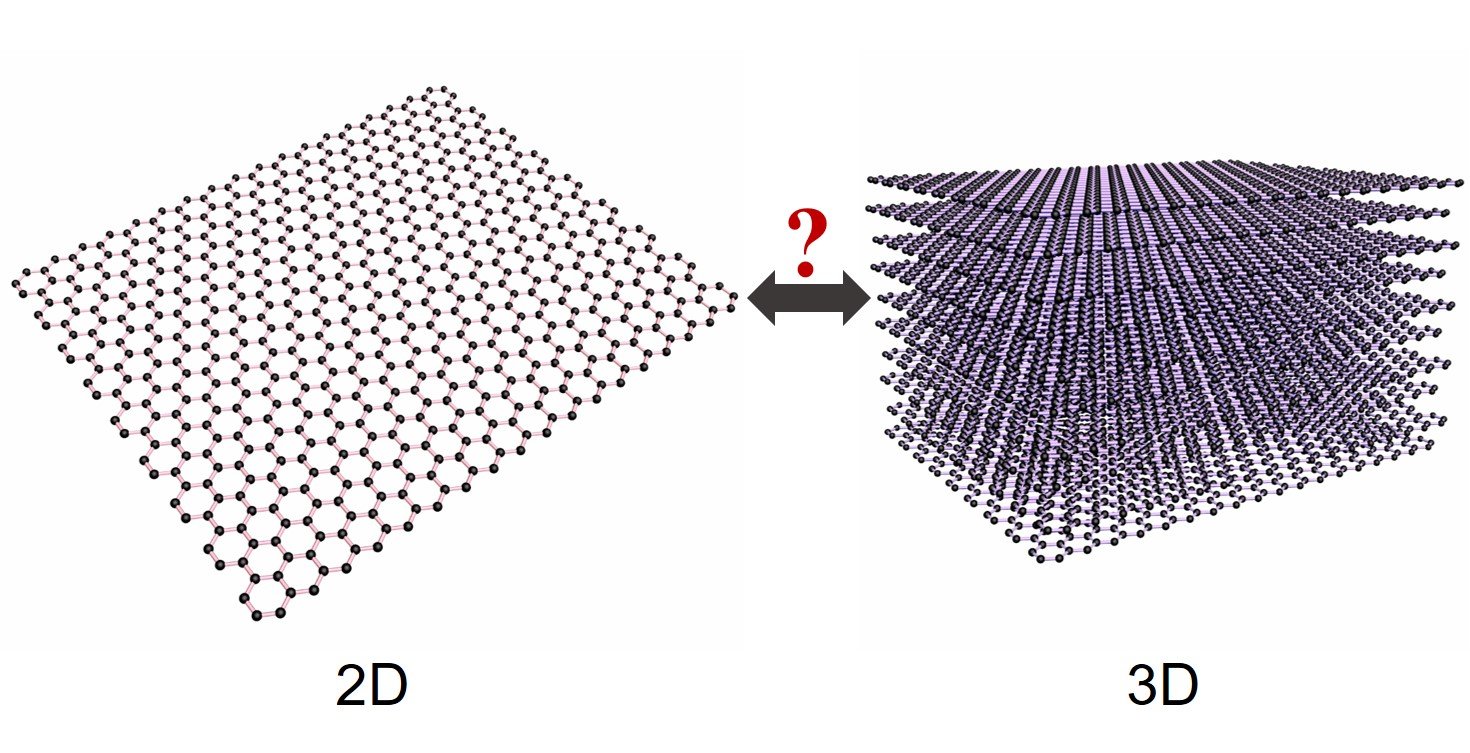 Graphene is actually a 3D material as well as a 2D material, according to a new study from Queen Mary University of London.

Realising that it is a 3D material is important for understanding its mechanical properties and for developing novel graphene-based devices.

Often hailed as a ‘wonder material’, graphene has the highest known thermal and electrical conductivity, is stronger than steel, light, flexible and transparent. Its uses are wide-ranging and recently it has been shown it could even act as a barrier against mosquito bites.

In this study, published in the journal Physical Review Letters, the researchers asked two fundamental questions: to what extent is graphene graphite, and what is the true thickness of graphene?

To their surprise, they found that 2D graphene, which is a flat single layer of carbon atoms arranged in a honeycomb structure, has many of the same mechanical properties as 3D graphite, which is a naturally occurring form of carbon made up from a very weak stack of many layers of graphene.

They show that graphene shares a similar resistance to compression as graphite and that it is significantly thicker than is widely believed.

Dr Yiwei Sun, lead author of the study from Queen Mary University of London, said: “Graphene owes its thickness to an array of chemical bonds sticking out above and below the 2D plane of carbon atoms. Hence graphene is really a 3D material, albeit with a very small thickness. By applying conventional 3D theory, which has been used for around 400 years, to 2D materials such as graphene, which have been known for 15 years, we show that similar arguments apply to other so-called 2D materials, such as boron nitride and molybdenum disulphide. In that sense, 2D materials are actually all 3D.”

Graphene is often called the world’s first two-dimensional material. It was discovered in 2004 by peeling off graphene flakes from bulk graphite (used in pencil leads and lubricants) using sticky tape.

It is regarded as part of a new class of 2D materials and it is currently modelled by scientists as a sheet of atoms with very little depth, hence the name 2D material.