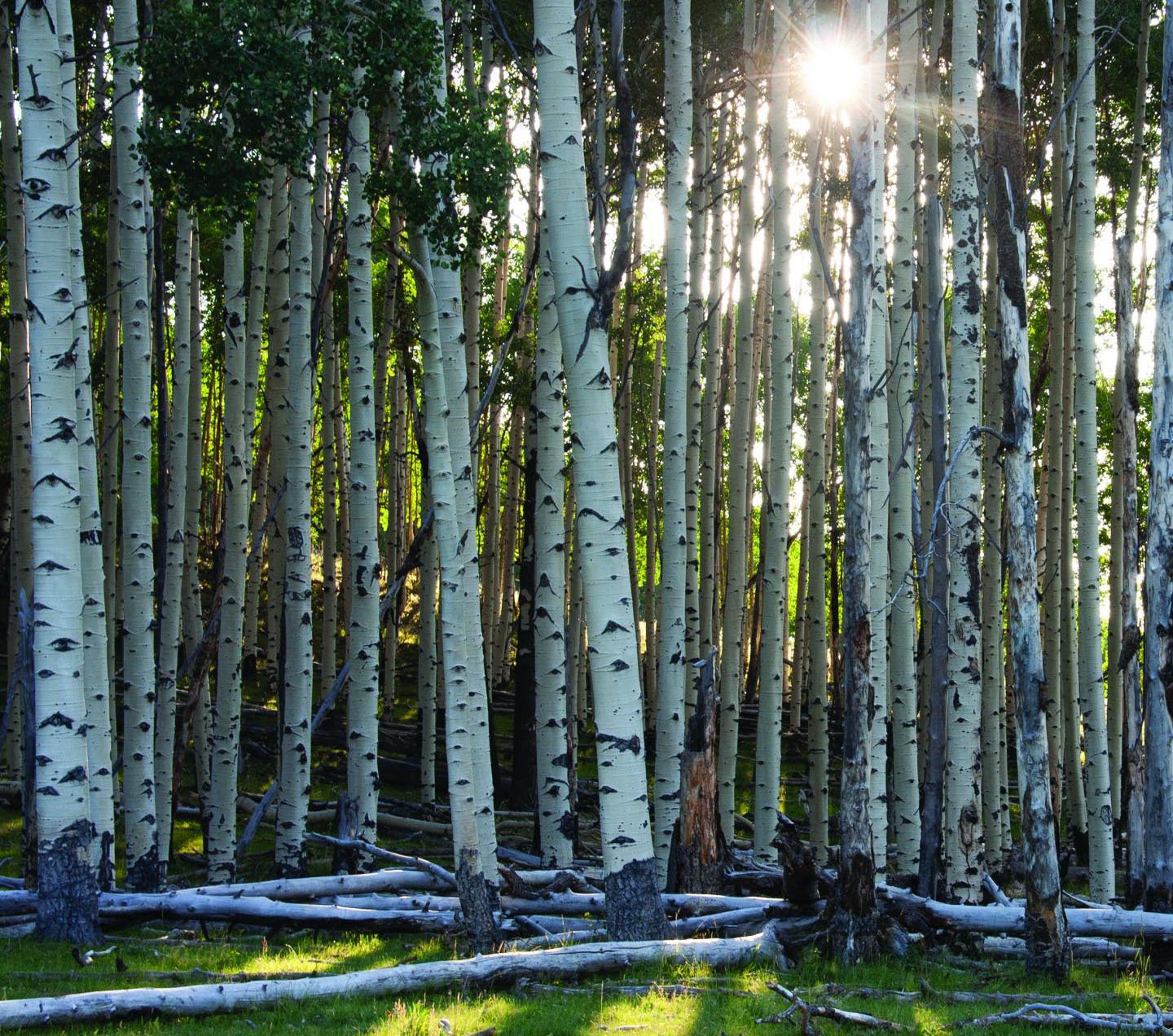 In a world of rising levels of atmospheric carbon dioxide, plants should be happy, right? Experiments have shown that, yes, increased carbon dioxide does allow plants to photosynthesize more and use less water.

But the other side of the coin is that warmer temperatures drive plants to use more water and photosynthesize less. So, which force, CO2 fertilization or heat stress, wins this climate tug of war?

The answer, University of Utah researchers write in a new study in Proceedings of the National Academy of Sciences, is that it depends on whether forests and trees are able to adapt to their new environment. The study, they say, incorporates aspects of a tree’s physiology to explore how trees and forests respond to a changing climate.

“It’s taking the physiology of individual cells and scaling it up in a computer to make projections of a continents’ worth of forests,” says study co-author William Anderegg.

To set the stage for this tug of war, it’s important to understand how trees and plants use water.

In a tree, water is pulled up from the roots through the xylem, the tree’s vascular system. The water moves to the leaves, where photosynthesis happens. On the underside of leaves, small pores called stomata open to admit CO2 for photosynthesis. Water vapor can escape through the stomata, though, so closing stomata is required to guard against water loss during dry or hot times.

During an intense drought, trees have to work harder to pull water into the tree and through the xylem. If the soil is dry enough, the tension on the water causes a bubble of air to form in the xylem, effectively reducing water transport and injuring or killing the tree. It’s akin to a heart attack.

John Sperry of the U’s School of Biological Sciences spent decades studying the physiology of tree water use, and in recent years has been joined by Anderegg and postdoctoral researcher Martin Venturas, along with other colleagues. Together, they’ve developed a model of how trees’ physiological traits, primarily the regulation of stomatal opening, influences photosynthesis and water loss in response to a changing environment, including drought.

This model, Sperry says, has now enabled a new way of predicting the outcome of  the climate tug of war, quantifying the competing effects of CO2 fertilization and heat stress to find the balance point.

But it’s also enabled another advance in understanding: Anderegg says that the model allows them to simulate the ability of trees to acclimate to heat and drought – both at short time scales, by closing or opening stomata, or at long time scales, by extra tree growth or forest dieback. “We’re assuming the plants are adapted to be somewhat smart about responding to the climate and the environment,” Anderegg says.

Some acclimation was seen in previous experiments where trees were bathed in CO2-enriched air, Venturas adds, and is also seen in forests that are similar to each other but are located in slightly different climates.

“Our present-day models don’t do physiology or acclimation,” Anderegg says. “They matter absolutely enormously to the future of forests. We came up with ways to incorporate those.”

It’s all about the ratio

The model results, Sperry says, suggest that the winner of the tug of war doesn’t depend on the absolute amount of CO2rise or warming – just the ratio between the two.

“So you can have the same forest moving across big gradients in climate change if that ratio is at the neutral point,” Sperry says. “But anything that pushes that ratio to the warming side is going  to have potential for serious negative impact.”

If forests aren’t able to acclimate, the researchers write, then the ratio must be above 89 parts per million CO2 per degree C of warming to avoid significant stress and tree die-off. Only 55% of climate forecasts show this scenario occurring. But if forests are able to acclimate, then they can tolerate a lower ratio: 67 parts per million CO2 per degree of warming, which occurs in 71% of forecasts.

But even with acclimation, other factors can tip the balance toward forest catastrophe. The model doesn’t take into account forest fires or insect infestation, Venturas says, only the physiology of the trees – although stressed forests are more susceptible to both fires and insects.

“It’s improving one piece of the puzzle, but we still need to learn a lot about the other pieces and how they’re integrated,” he says.

The researchers also write that exceptionally dry years can also tip the balance.

“In those cases, if we drop below a soil moisture  threshold, we could have the whole forest die,” Venturas says.

The mortality can happen relatively suddenly.

“You see this in your flower pot at home if you forget to water,” Sperry says. “It’ll look fine up to a certain point but then you hit that moisture threshold and in a matter of days the plant can die. If you don’t get rain in that period, the system goes into a cycle where the soil’s drying out too fast and sends the trees into vascular failure.”

Sperry adds that the study predicts a precarious tightrope of climate conditions for future forests to navigate.

“The study by no means gives a green light to the status quo.”