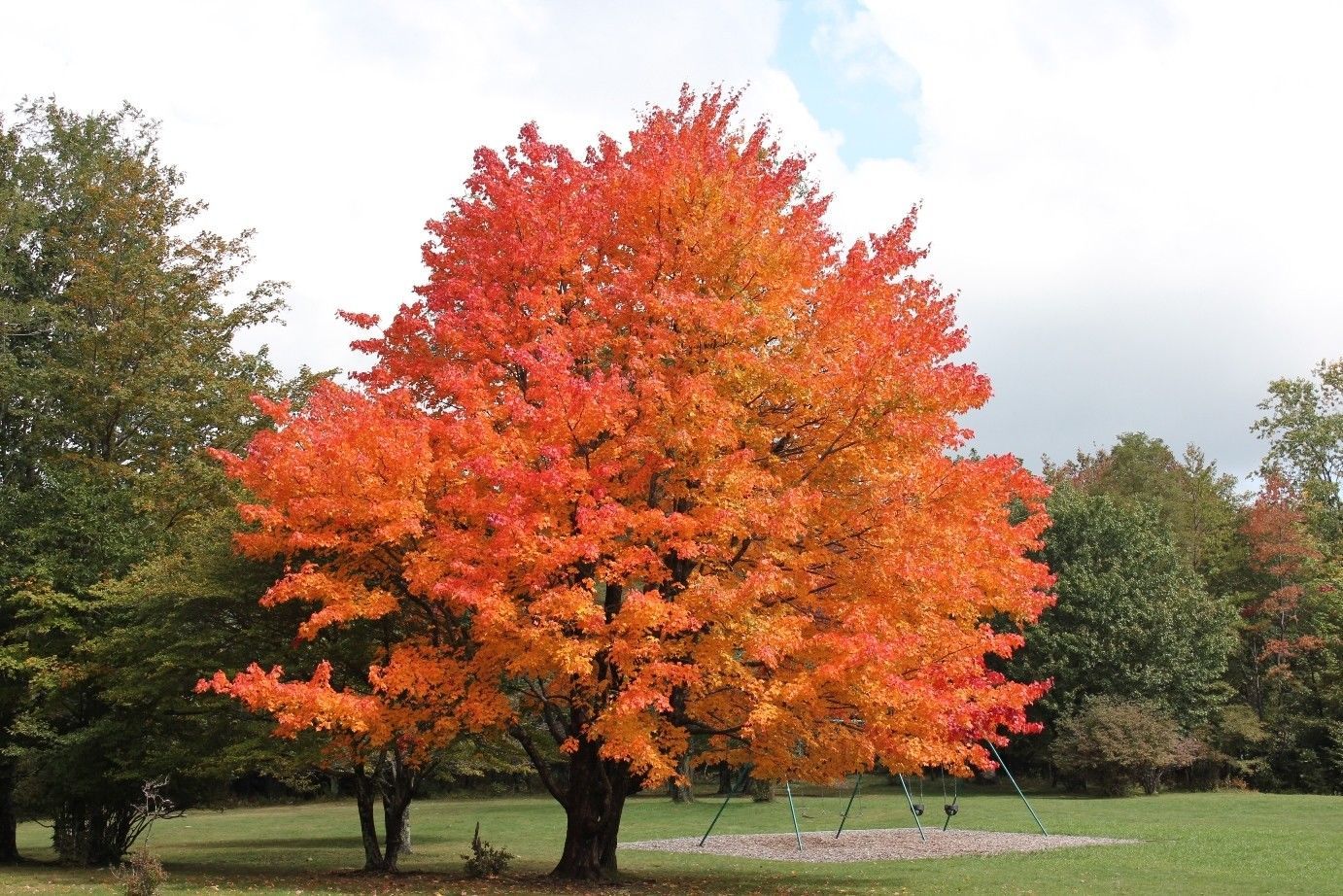 Climate is an important factor in determining a plant species’ growing zone. Some studies suggest that by the turn of the next century, climate change will have caused some species to spread several dozen kilometres north of their current distribution areas.

But a northern migration isn’t in the cards for sugar maples, according to Alexis Carteron, who recently published his doctoral research findings in the Journal of Ecology. His work is supervised by Professor Etienne Laliberté of Université de Montréal and co-supervised by Mark Vellend of Université de Sherbrooke.

The importance of soil composition Climate – and the rising temperatures recorded in recent decades – contributes substantially to tree migration, but so does soil composition. However, we know much less about the effects of soil compared to climate.

That’s why Carteron and his colleagues decided to study the effects that microorganisms and soil chemistry have on sugar maple (Acer saccharum) seedlings’ performance (survival and biomass).

The researchers first collected soil samples from the eastern slope of Mont Saint-Joseph in Mont-Mégantic National Park in June 2016. The samples were taken at different altitudes to reflect the two types of forest that grow at the site.

“Mont Saint-Joseph has a substantial variation in altitude with a temperate forest of mostly sugar maple trees growing next to a boreal forest populated with conifers,” said Carteron. “When you look at the mountain from a distance, it’s easy to see where one forest starts and the other one ends.”

Different soil experiments The next step involved sprouting maple seeds, also known as samaras, planting them in greenhouses at the Jardin botanique and allowing them to grow over the summers of 2016 and 2017 (interrupted by a dormant phase in winter).

The researchers then applied various sterilization and inoculation treatments to the soil samples to better understand and differentiate the effects of biotic (microorganisms, fungi) and abiotic (acidity, nutrients) factors on sugar maple survival and growth.

They found that sugar maples grown in soil from the boreal forest had substantially poorer performance than those grown in the transition zone between temperate and boreal forests.

The researchers also noted that the pH of boreal forest soil might have negatively affected sugar maple survival rates. Meanwhile, soil from temperate forests – which is where sugar maples typically grow – allowed for better arbuscular mycorrhizal fungal colonization in the trees’ roots, which can promote tree survival and growth.

“Due to the interaction of biotic and abiotic factors, boreal forest soil seems to offer a less hospitable environment for sugar maple trees than other soil types,” said Carteron. “While global warming might have made it physiologically possible for sugar maple trees to grow in more northern areas, the soil conditions in these areas make a northern migration less likely.”

But shouldn’t soil composition also change as the climate heats up? “It’s certainly possible that the soil’s biotic and abiotic properties could change and allow for the sugar maple’s growing zone to expand, but that type of change would take a very long time to occur,” said Carteron, who’s won many research awards in recent years.