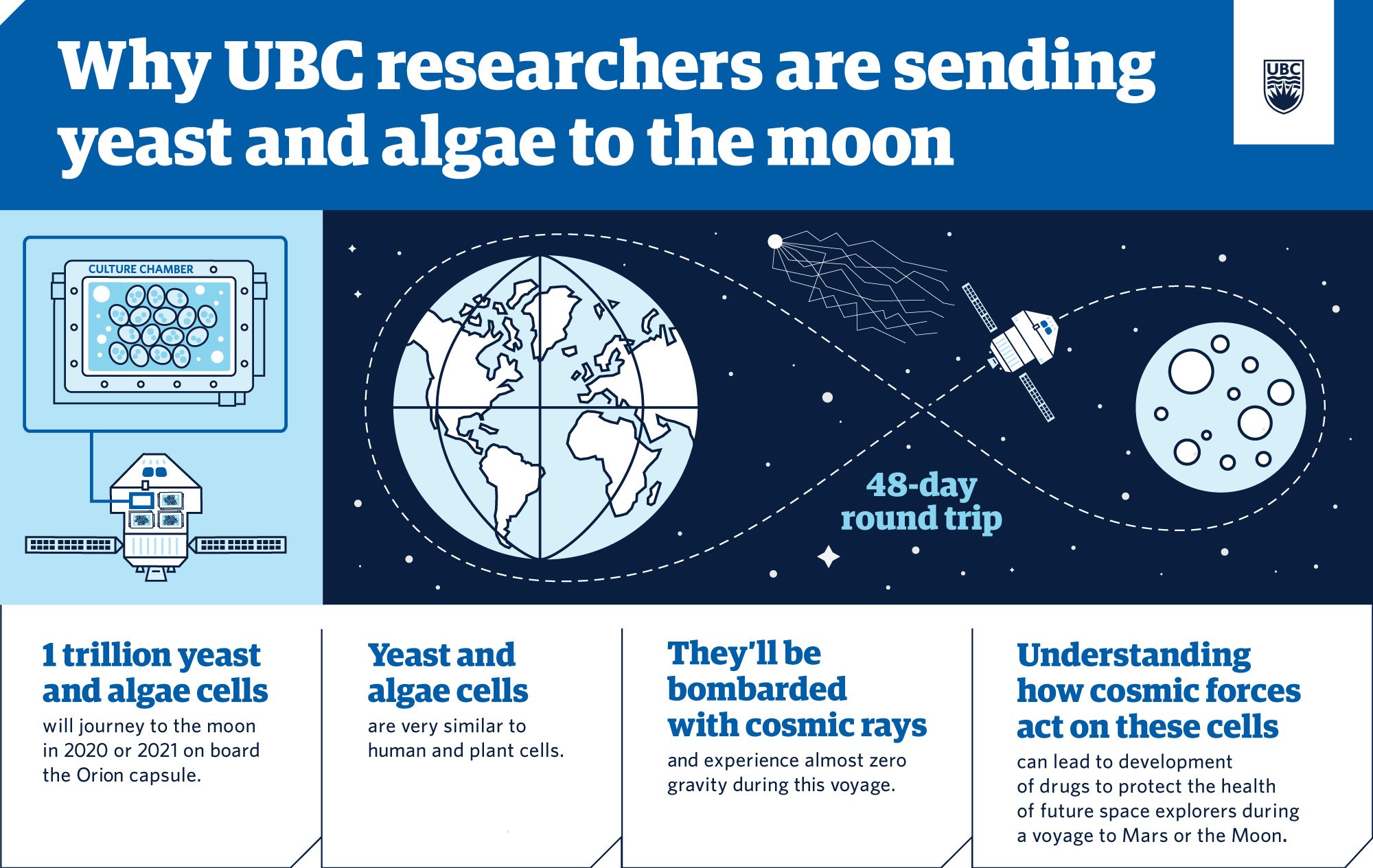 Corey Nislow is not an astronaut, but if humanity makes it to Mars safely, he will have played a vital role.

In his lab at UBC, he’s working to develop drugs and other treatments that can protect space mission crews from the impact of cosmic radiation.

“Outside Earth’s protective atmosphere, mission crew are exposed to formidable amounts of radiation. This radiation comes from solar flares and ionized galactic particles. It hurtles across space at incredible speeds – and it can pass through spacecraft like a hot knife through butter,” explains Nislow.

While humans are exposed to small amounts of radiation daily, cosmic radiation is immensely faster and more dangerous, damaging human DNA and raising the risks for cancer and other degenerative diseases. Mars mission crew are likely to encounter this type of radiation during their long spaceflight.

Nislow, a pharmaceutical sciences professor who studies the effect of external forces on human genes, knows a viable drug may be years away. But the work, so far, has produced some promising results.

Yeast shares 50 per cent of genes with humans – making it an ideal stand-in.

This past summer, he and his collaborators blasted 6,000 strains of yeast with simulated cosmic radiation—the equivalent of what a human would get after a year on Mars, and about 10,000 times the amount of radiation humans normally receive on Earth.

The team, which included scientists from the University of Colorado Boulder, Germany and Japan found 10 genes in yeast that allowed the organism to survive the radiation.

“We used yeast because yeast shares about 50 per cent of its genes with humans, which makes it an ideal stand-in for human cells in many experiments,” Nislow explains. “Knowing how yeast responds to an environment filled with cosmic radiation, in microgravity can give us results that we can—in principle—translate into human cells and eventually to human patients.”

The 10 genes all have human counterparts, so the team’s next step is to insert those human equivalents into yeast cells in order to do the experiment all over again.

“Ultimately, we should be able to find a way to boost the levels of those protective genes in humans—whether through specialized drugs, nutrition or lifestyle routines. There’s a very real possibility that we’ll end up with a drug or drugs to help humans avoid damage from space radiation.”

To the Moon and back

Nislow will be replicating these experiments in another test bed next year. He’s sending yeast and algae samples to the Moon on board NASA’s Artemis 1 lunar mission, which launches in November 2020.

The specimens will be exposed to typical cosmic radiation during the uncrewed, 48-day voyage and retrieved afterwards for comparison with the results of the 2019 ground experiments.

“Up until 10 or 15 years ago, all of our information on radiation damage was based on acute, high-dose radiation from Hiroshima, Nagasaki and Chernobyl, which is not a good model for long-term chronic exposure,” he added. “These efforts mark the first time that scientists are systematically studying the effects of long-term radiation – it’s pretty exciting for what it means for space biology and for sending people to the moon, Mars and beyond.”