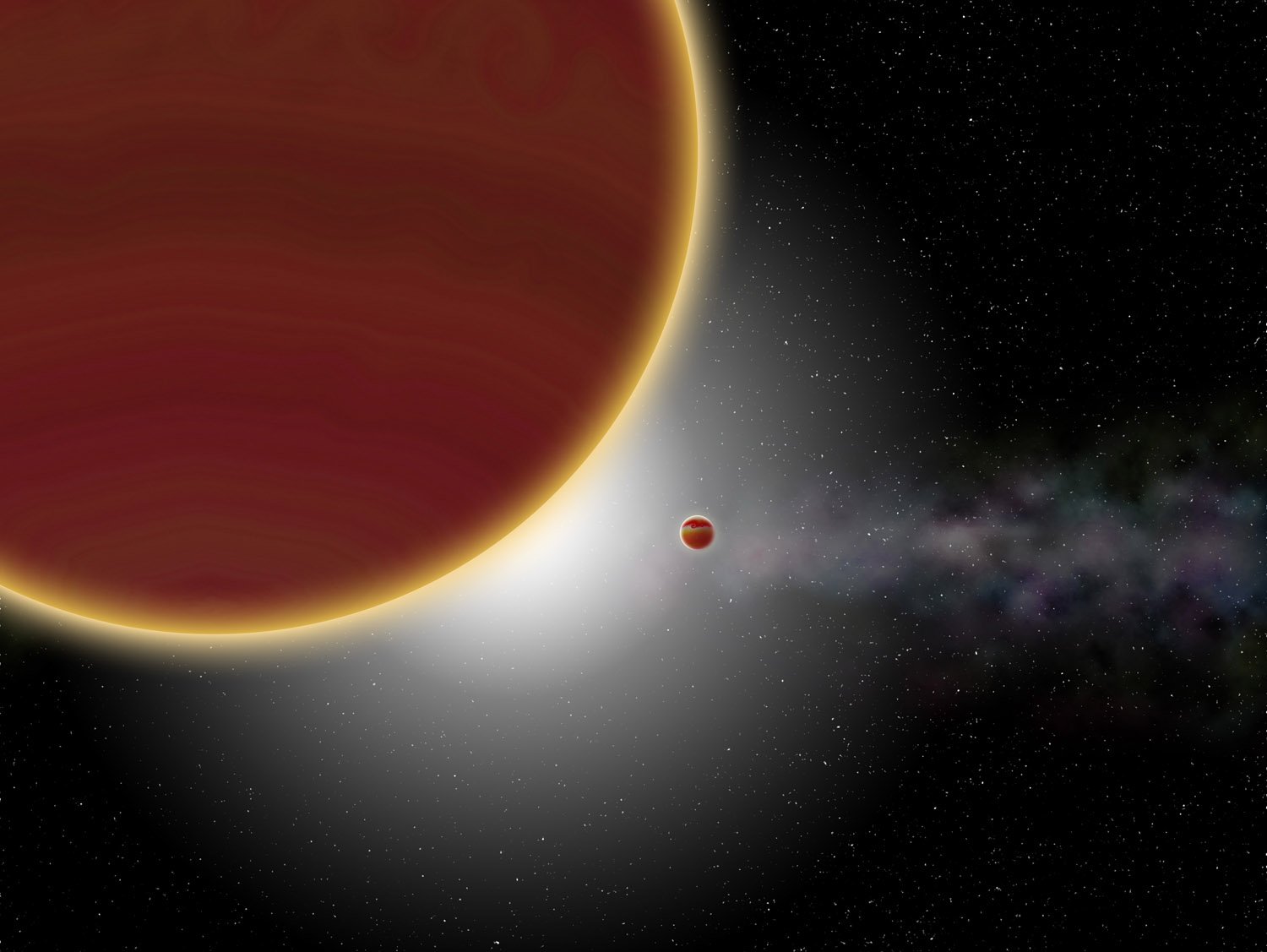 A team of astronomers led by Anne-Marie Lagrange, a CNRS researcher at the Institut de Planétologie et d’Astrophysique de Grenoble (CNRS/Université Grenoble Alpes)1, has discovered a second giant planet in orbit around β Pictoris, a star that is relatively young (23 million years old) and close (63.4 light years), and surrounded by a disk of dust.

The β Pictoris system has fascinated astronomers for the last thirty years since it enables them to observe a planetary system in the process of forming around its star. Comets have been discovered in the system, as well as a gas giant, β Pictoris b, detected by direct imaging and described in 2009 by Lagrange’s team.

This time, the team had to analyse more than 10 years of high-resolution data, obtained with the HARPS instrument at ESO’s La Silla Observatory in Chile, in order to indirectly detect the presence of β Pictoris c.²

This second giant planet, which has a mass nine times that of Jupiter, completes its orbit in roughly 1,200 days, and is relatively close to its star (approximately the distance between the Sun and the asteroid belt, whereas β Pictoris b is 3.3 times more distant).

The researchers hope to find out more about the planet from data from the GAIA spacecraft and from the future Extremely Large Telescope now under construction in Chile.

The method used was the radial velocity method: planets and stars orbit around a common centre of gravity which is usually located within the star. Thus, in the presence of a planet, the star describes orbits that are very small but nonetheless detectable by the radial velocity method, which is based on the Doppler effect (its light spectrum shifts alternately towards blue and red). Since β Pictoris is a relatively massive star (almost twice the mass of the Sun) that undergoes considerable pulsations (its size varies periodically), the signal obtained is extremely complicated, and it was first necessary to subtract the effect of the pulsations. In fact, this is the first time that a planet has been detected around such a star using this method.