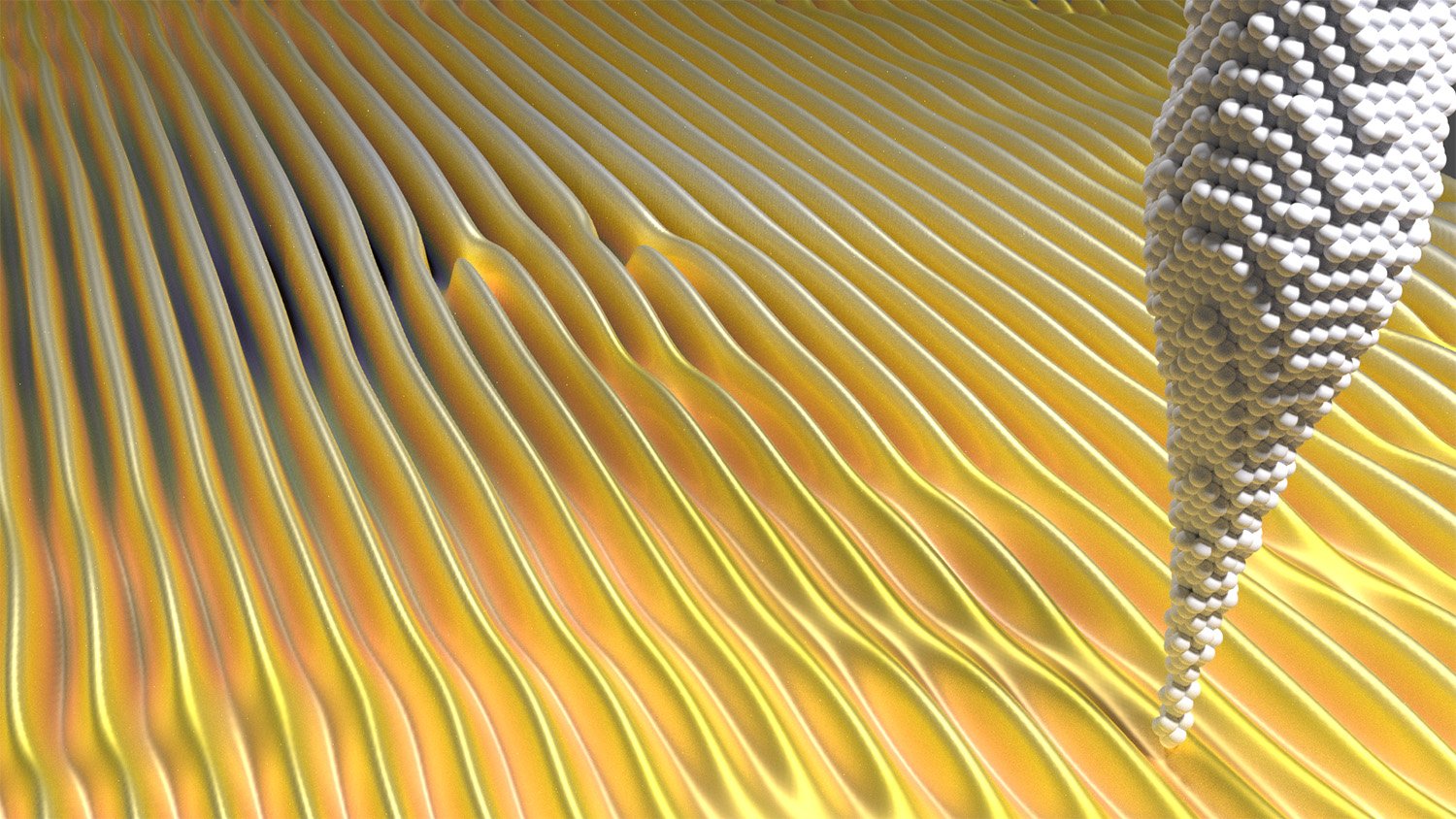 The ultra-relativistic nature of electrons in graphene relates to a topological property of their wave-functions. An international team of physicist, propose a new scanning tunneling microscope approach to measure this topological property in the electronic density near an hydrogen atom grafted on the surface. This method which is published in Nature magazine on September 30th could be applied to other materials in the search of new topological electronic sates.

Time zone is a useful way to represent time at the surface of the globe. However, it rises the following question : what time is it at the North pole where all the time zones meet? Within this representation, the North pole is a singular point where time is not well defined. A way to reveal this singularity is to send a traveler circumnavigating the globe to the East like Jules Vernes’ Phileas Fogg in his book ‘Around the World in Eighty Days’. The traveler crosses the 24 time zones during his journey. Switching his watch one hour forward each time he crosses a time zone, he will observe a time shift of exactly one day as his returns to the starting point compared to an observer who remained there. This difference which is the key to the final twist in Vernes’ book is remarkable in that it does not depend on the details of the travel such as the latitude. It depends only on the number of turns around the north pole. Such a property is said to be topological.

In quantum physics, topological properties characterize new electronic states. For instance, low energy electrons in graphene behave as particle moving close to the speed of light. This ultra-relativistic behaviour is characterized by a topological singularity, some sort of North pole in an abstract space. Since electrons also have clocks (the phase of their wavefunction), the topological singularity has been revealed by forcing the electrons to loop around it with magnetic fields and by comparing their clocks. Under these conditions, the phase difference acquired after the navigation led to the observation of the anomalous Quantum Hall Effect, which confirmed the existence of ultra-relativistic particles in graphene.

Now, writing in Nature an international team of researchers presents a new approach to access the same topological property. The method is a conceptual leap as it does not require to force electrons around their north pole. Instead, the researchers have shown that it is possible to materialize the abstract singularity at the surface of graphene by grafting an hydrogen atom on it. This is unveiled by wavefront dislocations in the local density of electrons near the hydrogen atom observed in Scanning Tunneling Microscope images (figure). They showed that the number of additional wavefronts is a measure of graphene’s singularity. This discovery opens a new route to understand the topological state of matter, which determine the optical and electronic properties of materials.