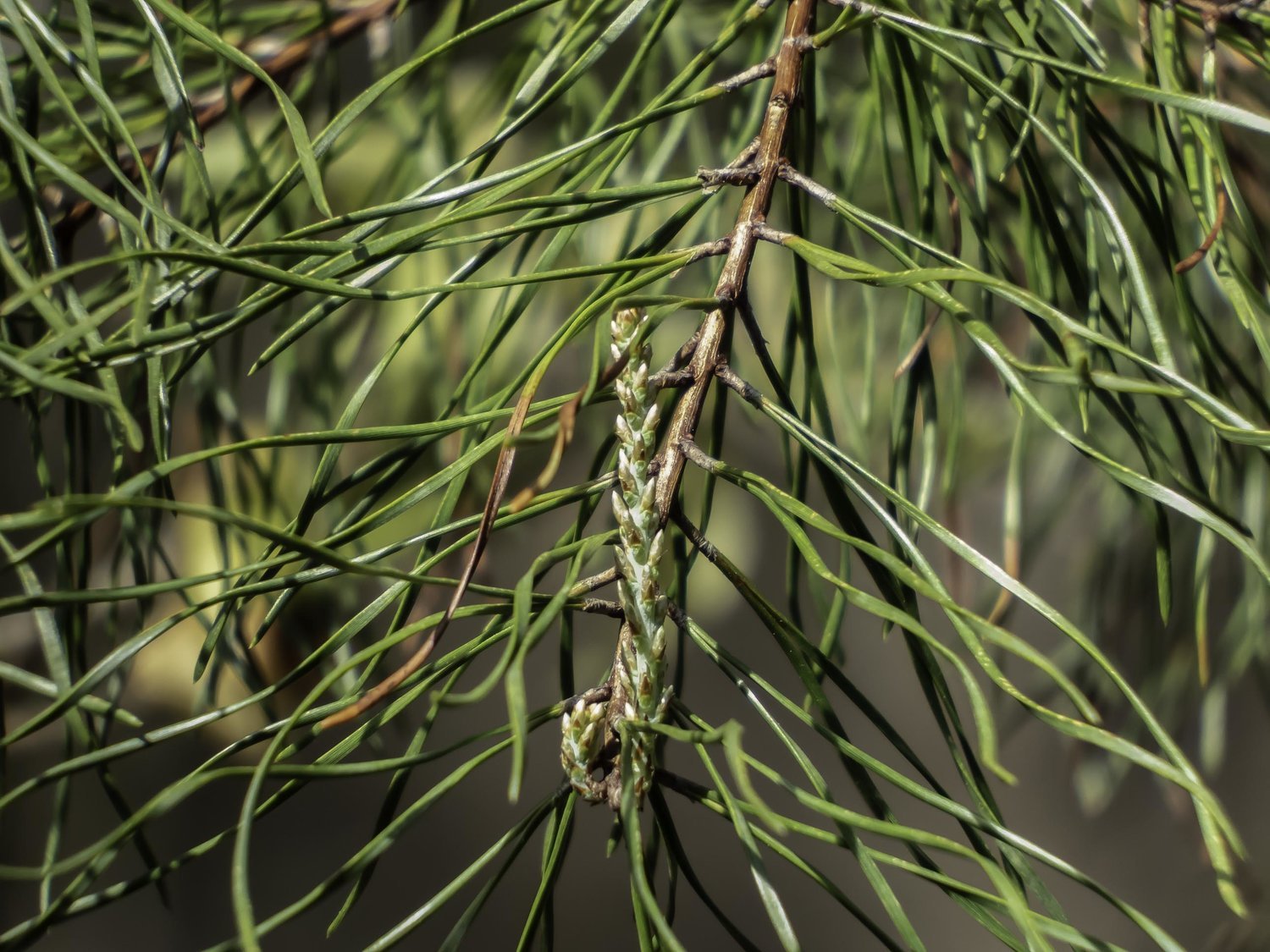 A new study finds that climate change will put many conifer species native to small islands around the world on the road to extinction by 2070, even after allowing for some realistic wiggle room in the range of climate conditions those species might be able to withstand.

The study, led by researchers from Brown University, found that up to a quarter of the 55 conifer species (a group that includes fir and pine trees) included in the study will face extinction based on Intergovernmental Panel on Climate Change (IPCC) predictions for future global warming. Species most at risk tend to be those native to smaller islands, the study found, with extinction risk increasing rapidly on islands smaller than 20,000 square kilometers.

“Our work shows that species native to relatively small islands are in a lot of danger from climate change, and relatively soon,” said Dov Sax, deputy director of the Institute at Brown for Environment and Society and a study coauthor. “But the work also helps us to identify which species are most at risk and which are least at risk, which helps to prioritize conservation.”

The research, published in Nature Climate Change, takes an emerging approach to studying extinction risk. Researchers have traditionally assessed risk by looking at the range of climate conditions in a species’ native range and assuming that those are the climate limits the species can withstand. But for this new study, the researchers hoped to use a potentially more realistic estimate of the climate conditions that species can handle.

“If you just look at conditions in native ranges and you model risk off of that, you’d conclude that everything on small islands is doomed,” said Sax, who is a professor of ecology and evolutionary biology at Brown. “But we know that many of these species have survived past instances of climate change, so what we wanted to do here was think about what conditions species could potentially thrive in if they needed to.”

To do that, the researchers used data on where members of a given species are known to survive and thrive outside their native ranges. Conifers are a popular for planting in lawns and gardens, which means there are plenty of documented instances of individual trees and populations living away from their native islands in a variety of climates.

Data on where these species are known to live enabled the researchers to construct three categories of climate niches for the species in the study. First is the realized niche, which consists of the climate conditions in a species’ native range. Second is the fundamental niche, which includes conditions outside those within a species’ native range in which plants can reproduce well enough to sustain a population on their own. The researchers determined that by looking for instances where species, likely first planted horticulturally, were able to leak out into the wild and establish breeding populations. Third is the tolerance niche — the conditions in which individual plants can survive, but are not able to reproduce at a rate that sustains a population. In other words, species pushed to the tolerance niche are on the road to extinction.

Having established niche categories for each species, the researchers then used IPCC estimates of future climate change to see which were in extinction danger. The study found that 23.6 percent of species in the study will be outside their fundamental niches under the IPCC’s most extreme climate scenario, which Sax points out is also the most likely scenario given our current carbon emission levels. Some species, the analysis showed, will be outside even their tolerances niches. Importantly, Sax says, estimates of expanded niches helps to give an idea which specific species are at risk and which are not, which could be important for conservation.

“At first, we were encouraged to discover that most species show a lot of wiggle room in their climatic niches,” said Kyle Rosenblad, a research in Sax’s lab and a study coauthor. “But alarmingly, all this wiggle room still isn’t enough to buffer some of them from predicted changes in climate.”

The study showed that the Canary Island Pine, for example, is expected to stay within its fundamental niche — the climate conditions where it is found to reproduce on its own outside its native range — suggesting that it is potentially safe from extinction. On the other end of the spectrum is the Bermuda Cedar, which is expected to be pushed out of not only its fundamental niche, but even its tolerance niche. That means that there will be no place on its native island of Bermuda where individuals from this species could survive.

A third category includes species like the Norfolk Island Pine, which is native to the small island of Norfolk in the South Pacific. Future climate conditions in Norfolk are expected to be outside the species’ fundamental niche, but within its tolerance niche. That means individuals will still be able to survive in some places, but they won’t be able to reproduce without human assistance. That makes extinction inevitable without human intervention.

“We found a whole range of range of species that will look like they’re fine,” Sax said.

“They’ll be alive and you may even see some seedlings. But since they can’t reproduce sufficiently to maintain their population on their own, they’ll actually be on the road to extinction.”

By identifying the species most at risk for extinction, Sax says, the study may help to direct efforts to save them through engineering solutions, such as irrigation or other strategies. And by identifying the species with a good chance of surviving, the study could help to concentrate conservation efforts toward preserving their habitats. That would be of benefit of not only conifers, but other plant species more broadly.