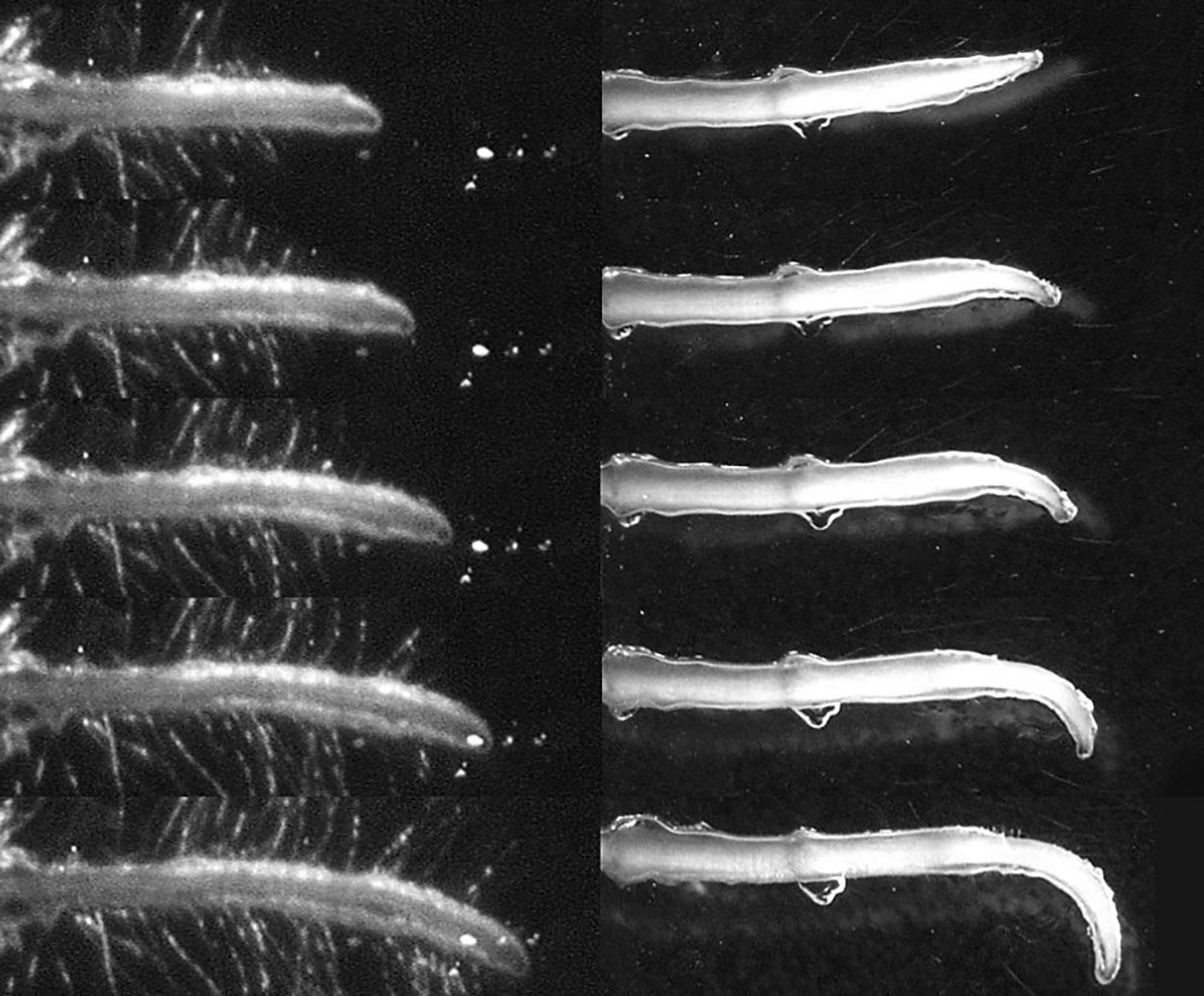 One of the most important events in evolutionary history occurred around 500 million years ago with the spread of plant life from water to land. For plants to thrive in this new environment, root systems had to evolve to grow downwards, following gravity with two primary purposes: anchoring in the soil and providing a source of water and nutrients for growth of the parts of the plant above the ground. This mechanism – called gravitropism – has been extensively studied in flowering plants such as Arabidopsis thaliana. However, it has never been systematically compared throughout the plant kingdom, and its evolutionary origin remains a mystery.

Down, down, down – but at different speed

Now, Yuzhou Zhang, postdoc in the group of Professor Ji?í Friml, and his team have gained a broader view of how and when root gravitropism evolved. The researchers selected multiple plant species representing the lineages of mosses, lycophytes (clubmosses and firmosses), ferns, gymnosperms (conifers), and flowering plants and let their roots grow horizontally to observe if and when they started to bend downwards to follow gravity. The result: Gravity-driven root growth turned out to be very rudimentary and slow in the most primitive land plants (mosses) as well as in the basal vascular plants (lycophytes and ferns). Only seed plants (gymnosperms and flowering plants), which first appeared around 350 million years ago, showed a faster and thus more efficient form of gravitropism.

The power of starch

But which evolutionary step enabled this fast and efficient root gravitropism in seed plants? Through analyzing the distinct phases of gravitropism – gravity perception, the transmission of the gravitropic signal, and ultimately the growth response itself – the researchers found two crucial components, which evolved hand in hand. The first turned out to be an anatomical feature: Plant organelles called amyloplasts – densely filled with starch granules – sediment in response to gravity and this way function as gravity sensors. However, this sedimentation process was only observed in gymnosperms and flowering plants with the amyloplasts ending up highly concentrated in the very bottom of the root tip. In earlier plants, by contrast, the amyloplasts remained randomly distributed within and above the root tip, thus not functioning as gravity sensors as was the case in the seed plants.

A special PIN code for auxin

After perception through the amyloplasts, the gravity signal is further transmitted from cell to cell by the growth hormone auxin. In genetic experiments, the researchers identified a specific transporter molecule in the model plant Arabidopsis thaliana, PIN2, which directs auxin flow and thus root growth. While almost all green plants carry PIN proteins, only the specific PIN2 molecule in seed plants gathers at the shoot-ward side of the root epidermal cells. This specific localization – unique to seed plants – leads to the polarization of the transporter cells which, in turn, enables the root to transport auxin towards the shoot and thus for the auxin-based signaling to wander from the place of gravity perception to the zone of growth regulation.

Plants as teachers for mankind

With these two anatomical and functional components identified, the authors have gained valuable insights into the evolution of root gravitropism, which is one of the crucial adaptations of seed plants to land. But even practical implications of these findings are conceivable: “Now that we have started to understand what plants need to grow stable anchorage in order to reach nutrients and water in deep layers of the soil, we may eventually be able to figure out ways to improve the growth of crop and other plants in very arid areas,” says Zhang, who joined the IST Austria in 2016. He adds: “Nature is much smarter than we are; there is so much we can learn from plants that can eventually be of benefit to us.”