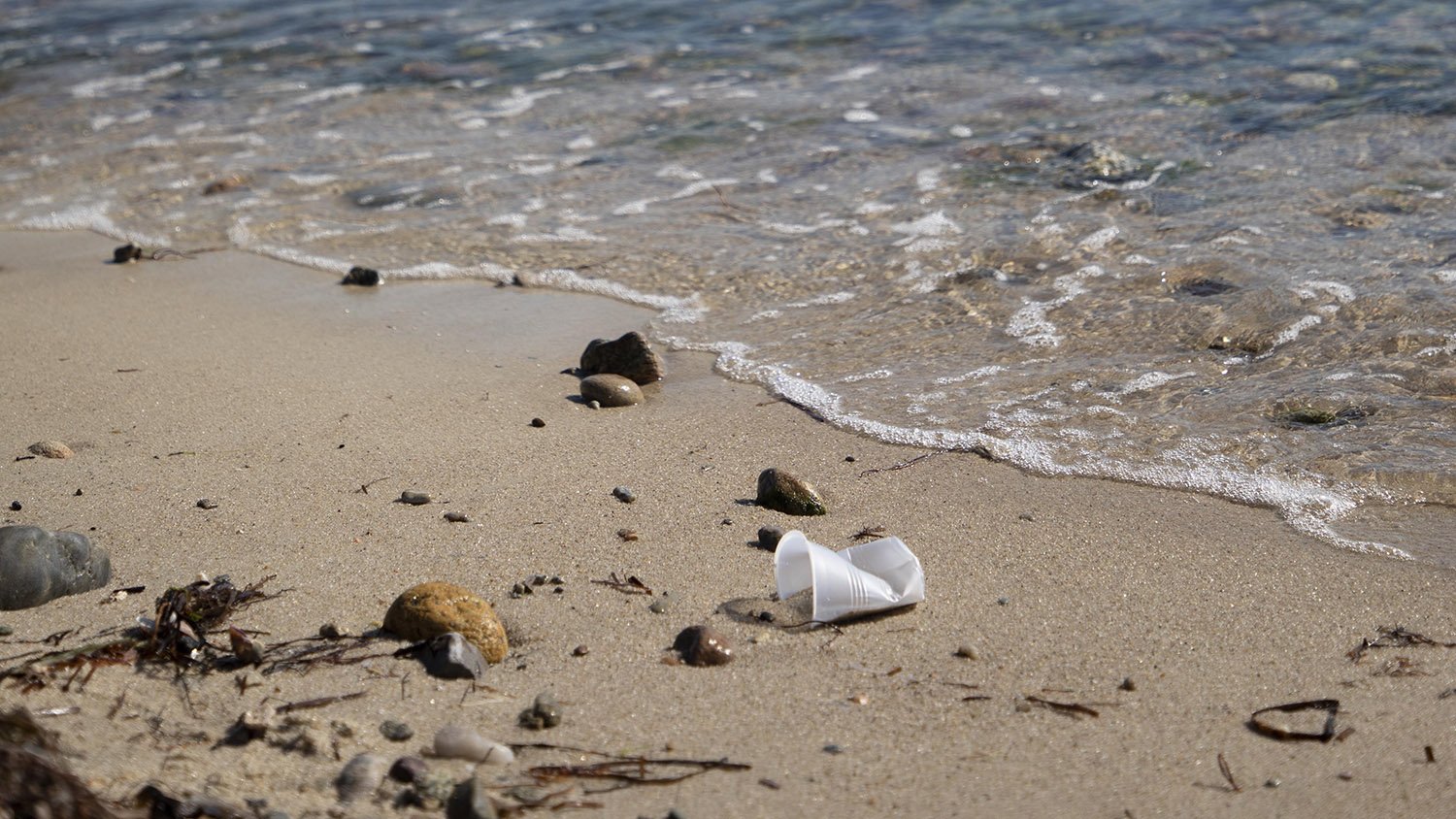 A study published by researchers at Woods Hole Oceanographic Institution (WHOI) shows that polystyrene, one of the world’s most ubiquitous plastics, may degrade in decades or centuries when exposed to sunlight, rather than thousands of years as previously thought. The study published October 10, 2019, in the journal Environmental Science and Technology Letters.

“Right now, policy makers generally assume that polystyrene lasts forever in the environment,” says Collin Ward, a marine chemist at WHOI and lead author of the study. “That’s part of justification for writing policy that bans it. One of our motivations for this study was to understand if polystyrene actually does last forever. We’re not saying that plastic pollution isn’t bad, just that the persistence of polystyrene in the environment may be shorter and likely more complicated than we previously understood. The chance for injury to the environment over decades is still available.”

Polystyrene has been routinely detected in the world’s oceans since the 1970s. The idea that sunlight degrades plastics is nothing new, Ward says: “Just look at plastic playground toys, park benches, or lawn chairs, which can rapidly become sun-bleached.” The WHOI study shows that sunlight doesn’t just cause the plastics to physically break down, however – it also causes them to degrade chemically into dissolved organic carbon and trace amounts of carbon dioxide, at levels far too low to impact climate change. Once the plastic undergoes this transformation, its original form disappears from the environment, and it becomes entirely new byproducts that cannot be seen by the naked eye. Considering how this transformation happens will be an important part of estimating how much plastic is actually out in the environment, he adds.

Previous estimates of how quickly polystyrene breaks down were based on a different set of assumptions, Ward says. Past studies have largely focused on the role microbes play in degrading them, rather than considering other factors like sunlight. That’s not entirely surprising, says Chris Reddy, a marine chemist at WHOI and co-author on the paper. Plastic is just another form of organic carbon and presumably microbes would “eat it” –  but he cautions that microbes are smart and selective, too. The chemical structure of polystyrene is complex and bulky with a ring-based backbone that will stymie microbes or just make the plastic not worth the effort.

“Although the ring-based backbone of polystyrene makes it a difficult target for microbes, it’s the perfect shape and size to catch certain frequencies of sunlight,” Ward adds. Absorbing that energy can break apart the carbon bonds.

In the lab, the researchers tested whether sunlight could transform polystyrene by exposing five different samples of commercially available polystyrene. The group submerged each of them in sealed glass containers of water and shined light on them from a solar simulator, a lamp that replicates the frequencies of sunlight. The scientists then collected CO2 and compounds that dissolved into the water.

With a variety of chemical tools, including a room-sized accelerator mass spectrometer, Ward and colleagues traced the origins of carbon atoms found both in the CO2 and filtered water. “We used multiple methods to do this, and they all pointed to the same outcome: sunlight can transform the polystyrene into CO2 . But we need more research to understand what happens to the other products that dissolve into water,” says Ward.

The study also found that additives to polystyrene, which can determine its color, flexibility, and other physical features, play a major role in breakdown.

“Different additives seem to absorb different frequencies of sunlight, which influences how fast the plastic breaks down,” Reddy says.