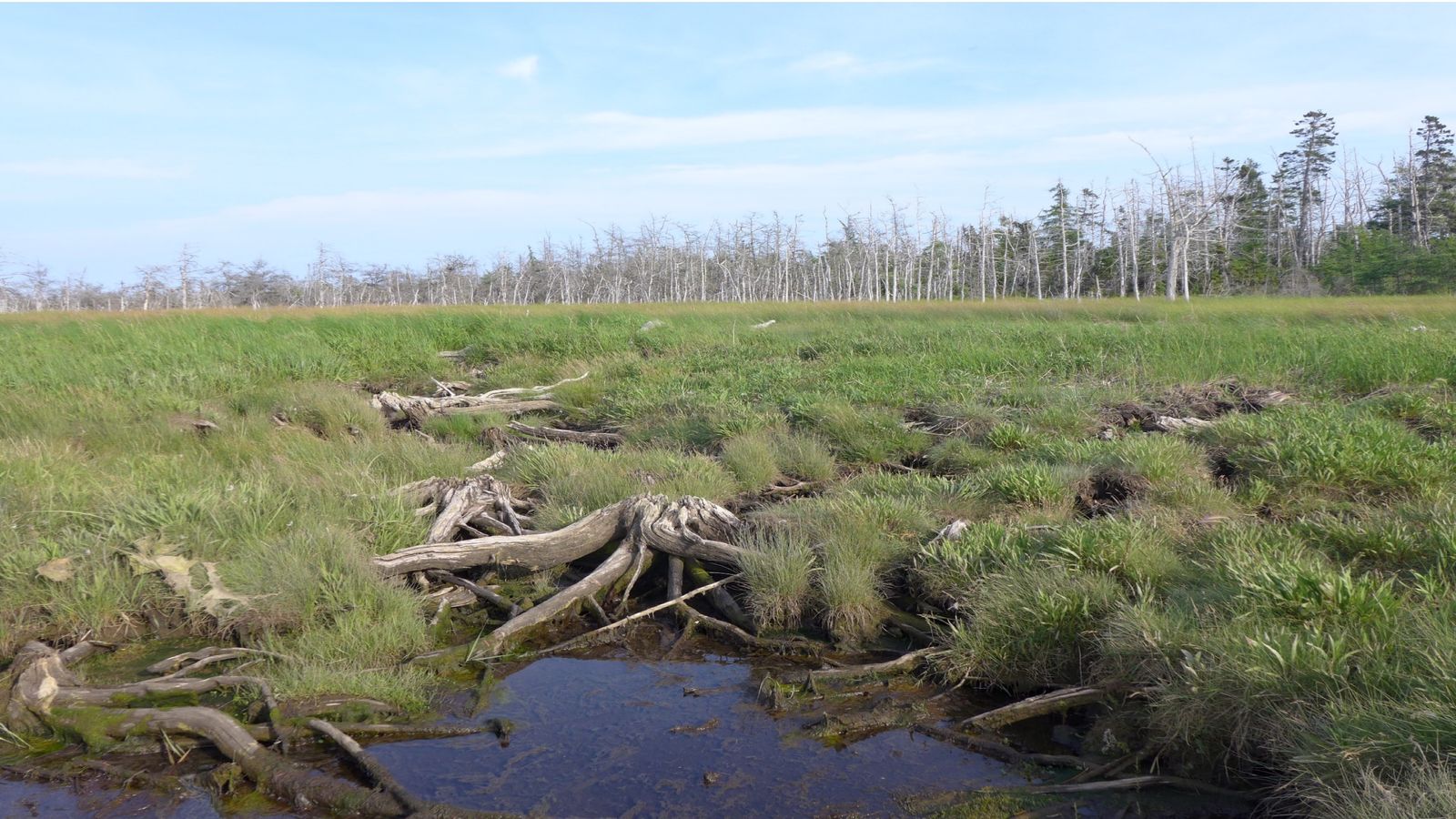 Type “sea-level rise” in an internet search engine and almost all the resulting images will show flooded cities, with ample guidance on civic options for protecting urban infrastructure, from constructing seawalls to elevating roadways.

But a new review article in Nature Climate Change highlights the growing recognition that sea-level rise will mostly impact rural land–much of it privately owned—where existing knowledge is insufficient to best inform public and private decisions regarding the encroachment of wetlands into farm land and forests. Those decisions involve complex tradeoffs between the value of different land uses. Whereas many landowners see upland-to-wetland conversion as an economic loss, wetlands also provide valuable ecosystem services by improving water quality, supporting marine fisheries, and protecting against flooding.

The paper—based on research funded by the National Science Foundation—is the first effort to synthesize the growing number of studies of land conversion driven by sea-level rise. One of the clearest signs of this conversion are “ghost forests”—stands of dead trees with new marshlands lapping at their bleached trunks.

Lead author Matt Kirwan, an associate professor at William & Mary’s Virginia Institute of Marine Science, says “Ghost forests are one of the most prominent indicators of climate change. Recent research shows that submergence of rural land—marked by ghost forests and abandoned farm fields—is widespread, ecologically and economically important, and globally relevant to the survival of coastal wetlands.”

In the Chesapeake Bay region alone, more than 150 square miles of forest have converted to marshland since the mid-1800s. Rates of forest retreat are accelerating around the world, with mid-Atlantic forests retreating inland more than twice as fast as they were 150 years ago.

Kirwan and his co-author, Keryn Gedan of George Washington University, note that the scientific community’s emerging recognition of this issue has generated widespread interest in better understanding the many factors that influence the extent and pace of upland-to-wetland conversion. These include the rate of sea-level rise, slope of the upland, tidal range, amount of sediment available for vertical marsh growth, salt tolerance of different tree and grass species, and—critically—the presence of levees and other human barriers both large and small.

“Uncertainty regarding local flood-defense strategies is the key thing that limits our ability to predict land conversion and its impact on coastal ecosystems,” says Gedan. “The process of upland conversion could offset or even overwhelm wetland losses expected within the next century, but is highly dependent on the decisions of rural private landowners.”

“The area of dry land predicted to convert to salt marshes and mangroves on the Gulf Coast is nearly three times larger than current Gulf Coast wetlands,” adds Kirwan. “In fact, it’s larger than the current extent of coastal wetlands in the entire conterminous United States.”

Their first recommendation is for researchers to study the effectiveness of local and privately maintained barriers such as berms and roads, and the probability and consequences of their failure. They argue the knowledge gained could minimize the cost of abandoning or restoring rural lands, and help landowners, government, and environmental organizations prioritize conservation efforts.

Their second recommendation is to study whether interim approaches—planting salt-tolerant crops, leasing land to hunt clubs, harvesting susceptible timber—can compensate for tradeoffs in the value of private property versus ecosystem services.

“When uplands convert to wetlands,” says Kirwan, “there’s a loss in value for private landowners, but a gain in ecosystem services for the general public. Future research should help identify the management decisions that could best offset economic losses while improving the function of new wetlands.”

Gedan adds, “The area available for upland conversion is quite variable from region to region, due to differences in upland slope and the prevalence of barriers such as seawalls. Given that, coastal land managers and wetland scientists must turn their focus to areas upslope of today’s tidal marsh to accommodate wetland ecosystems.”

The duo’s final recommendation is to study how policy incentives might shape the future of upland-to-wetland conversion. They suggest that offerings such as U.S. Department of Agriculture’s Conservation Reserve Program, in which farmers are paid to remove environmentally sensitive land from production, could be repurposed as instruments for adapting to sea-level rise. They also recommend that policymakers use regional predictions of wetland gain or loss to set incentives for prioritizing wetland migration or upland protection.