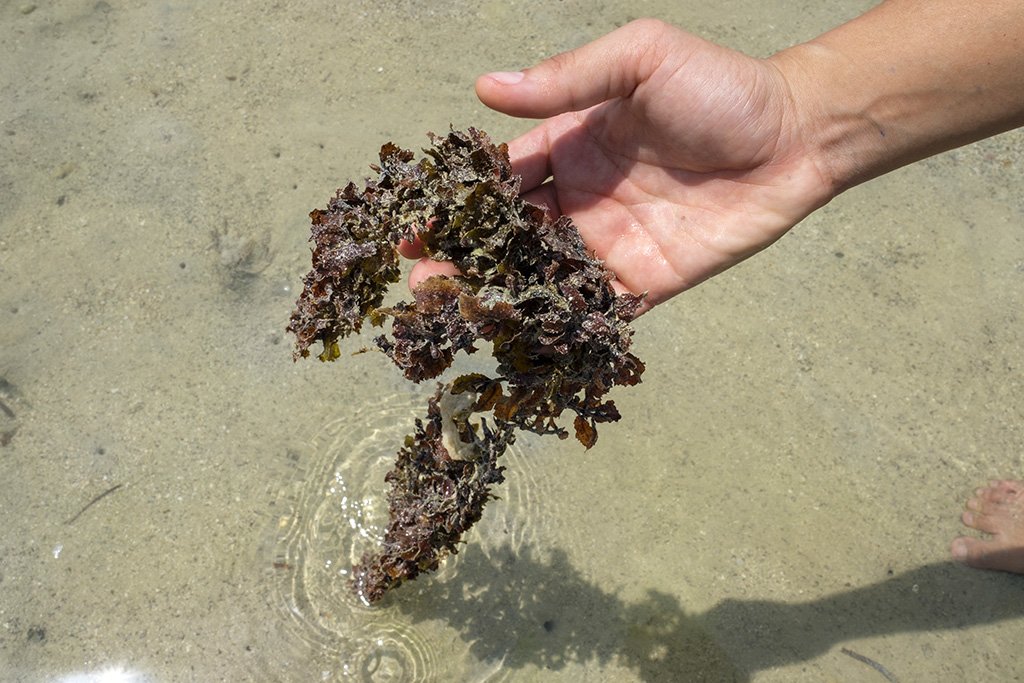 Seaweed may be a quiet achiever when it comes to mitigation of greenhouse gases, with it now shown to travel far and deep beyond coastal areas and thus to play a key role in sequestering carbon from the atmosphere.

Seaweed, or macroalgae, form the most extensive and productive vegetated coastal habitats. They colonize all latitudes and are efficient at capturing atmospheric CO2 and converting it into plant material. An international research team has reported that a diverse range of macroalgae species drifts as much as 5000 kilometers beyond coastal areas. Around 70 percent of this seaweed, therefore carbon, will sink to ocean depths below 1000 meters, meaning the carbon is unlikely to return to the atmosphere.

“This finding has huge implications for how the global carbon dioxide budget is calculated,” says Ph.D. student, Alejandra Ortega, the first author of the study.

“It indicates that macroalgae are important for carbon sequestration and should be included in assessments of carbon accumulated in the ocean, known as blue carbon.”

Macroalgae are ignored in current assessments of blue carbon, mainly because these rootless marine plants do not remain in the same place but drift with currents and tides. Little was known about their fate once they have floated away from the coast. As a result, there have been no detailed assessments of their role in carbon sequestration in coastal habitats, particularly in the sediments of seagrass and mangrove.

Now the team, led by Carlos Duarte and his KAUST colleagues at the Red Sea Research Center and the Computational Bioscience Research Center (CBRC), has identified DNA sequences of macroalgae in hundreds of metagenomes generated by the global ocean expeditions Tara Oceans and Malaspina, the later led by Duarte. The expeditions surveyed the global ocean to a depth of 4000 meters and sequenced the particulate material collected in the water sample to create a global DNA resource. The marine scientists searched for macroalgae in these global ocean metagenomes, using Dragon Metagenomic Analysis Platform (DMAP). Developed by CBRC bioinformaticians, DMAP uses KAUST’s supercomputer to annotate and compare metagenomic data sets.

For the very first time, the team was able to provide semiquantitative evidence of the presence of macroalgae beyond the shoreline. “Work is still needed to be able to translate a specific amount of DNA into a specific amount of organic carbon in a specific taxon, but finding macroalgal DNA is the first step,” says Ortega.