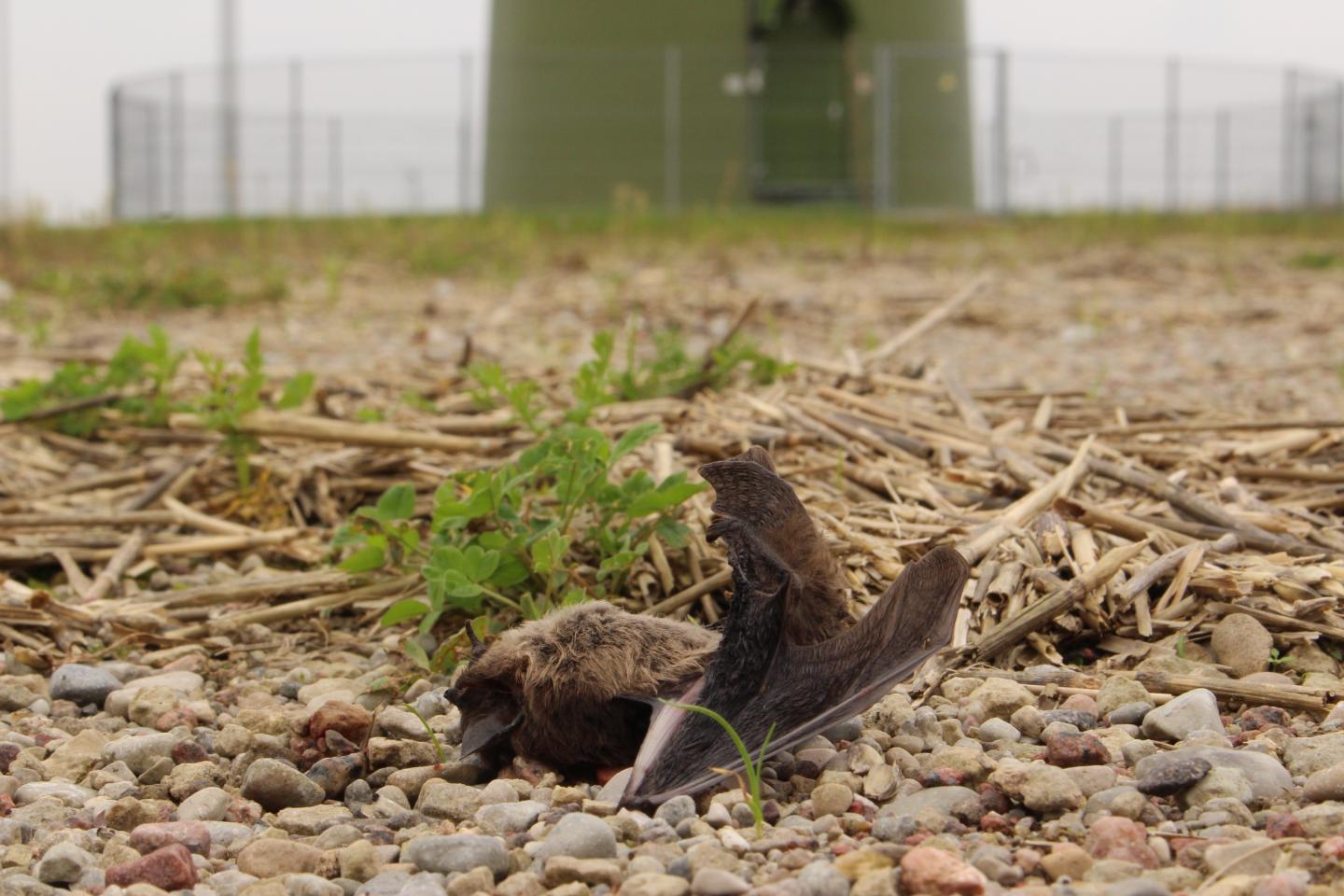 Wind energy holds great promise as a source of renewable energy, but some have wondered if measures taken to address climate change have taken precedence over conservation of biodiversity. Wind turbines, for example, kill some birds, and the fatality rate for bats is even higher. Since bats are a crucial part of the ecosystem, helping with pollination, insect management, plant seed dispersal, etc., the high fatality rate is concerning.

In this week’s Journal of Renewable and Sustainable Energy, from AIP Publishing, scientists in Germany report the results of a survey of stakeholders in the wind energy field about their attitudes toward the relative emphasis on climate change versus biodiversity issues. They surveyed 500 stakeholders, from members of nongovernmental organizations, conservation agencies and wind energy industry groups to consultants and researchers.

“Understanding the diversity of views on a highly disputed topic is a starting point for an improved discussion aimed at mitigating or even solving the conflict,” said Christian Voigt, co-author of the survey study.

Germany has adopted an energy transition initiative, known as Energiewende, to move the country from fossil fuel and nuclear energy to renewable sources, such as wind. However, in all EU countries, including Germany, bats are protected by a law known as the Habitat Directive. This leads to what the researchers call a “green-green dilemma,” pitting concern for the climate against concern for biodiversity.

The survey included questions about attitudes on climate goals compared to biodiversity goals. All groups, except members of the wind energy sector, did not agree that wind energy production is necessarily of higher priority than biodiversity protection.

All groups agreed global warming is not necessarily more critical than the biodiversity crisis. They also agreed that more measures to make wind energy production ecologically sustainable should be taken, and society should pay for these measures, perhaps through higher taxes.

Only members of the wind energy sector felt that revenue losses or delays in transitioning to wind energy production were unacceptable. Most responders suggested engaging in more research, improving the efficiency of energy use and implementing measures like increased cut-in speed. In this technique, wind turbines begin turning at a higher wind speed, generating electricity for the grid. This can cut bat fatalities in half with an annual power loss of less than 1%, according to a study published in 2010 by the Ecological Society of America.

Several years ago, scientists discovered that moving wind turbine blades create zones of low atmospheric pressure. When bats encounter these regions, the sudden drop in pressure causes severe trauma to their lungs. Birds are not susceptible to this so-called barotrauma, while mammals are impacted by the atmospheric change.

Finally, weakening legal protection of wildlife species was dismissed by all groups surveyed, emphasizing the consensus among stakeholders of the importance of protecting biodiversity.