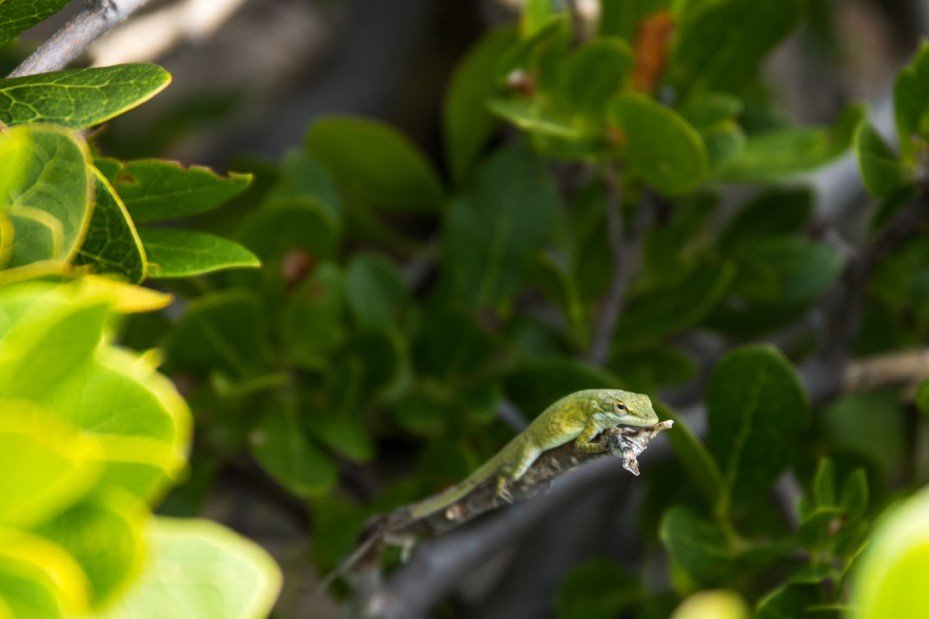 Introducing predatory lizards to a set of small Caribbean islands causes resident lizard populations to change their behaviour, which alters the way lizards co-exist and leads to population extinctions. The study, reported in Nature, suggests that this effect could apply to predator-introduction scenarios on islands and lakes worldwide.

Humans have accelerated the rate at which predators have colonized formerly isolated ecosystems, such as islands. However, the consequences of these invasions are difficult to predict because they can rarely be studied from the start.

To understand the impact of predator introductions, Robert Pringle and colleagues introduced two species of lizards to 16 Bahamian islands in different combinations. The islands were occupied by the semi-terrestrial brown anole lizard, and the authors introduced to these 5–7 curly-tailed lizards (a ground-dwelling top predator) and/or 10–11 green anoles (a tree-dwelling competitor). They then measured population sizes, habitat use, diet composition and position in the food chain for all three lizard species over six years.

In the absence of the curly-tailed lizards, the green and brown anoles occupied separate dietary and habitat niches, with brown anoles found closer to the ground. However, the introduction of the curly-tailed lizards led to the brown anoles becoming tree dwelling, and their diet became more similar that of the green anoles. As a result, on two of the four islands where both species had been introduced, the green anoles became extinct owing to competition for the same food sources. The findings demonstrate how introducing a new predator species to an isolated ecosystem can cause the collapse of niches that otherwise facilitate species coexistence.