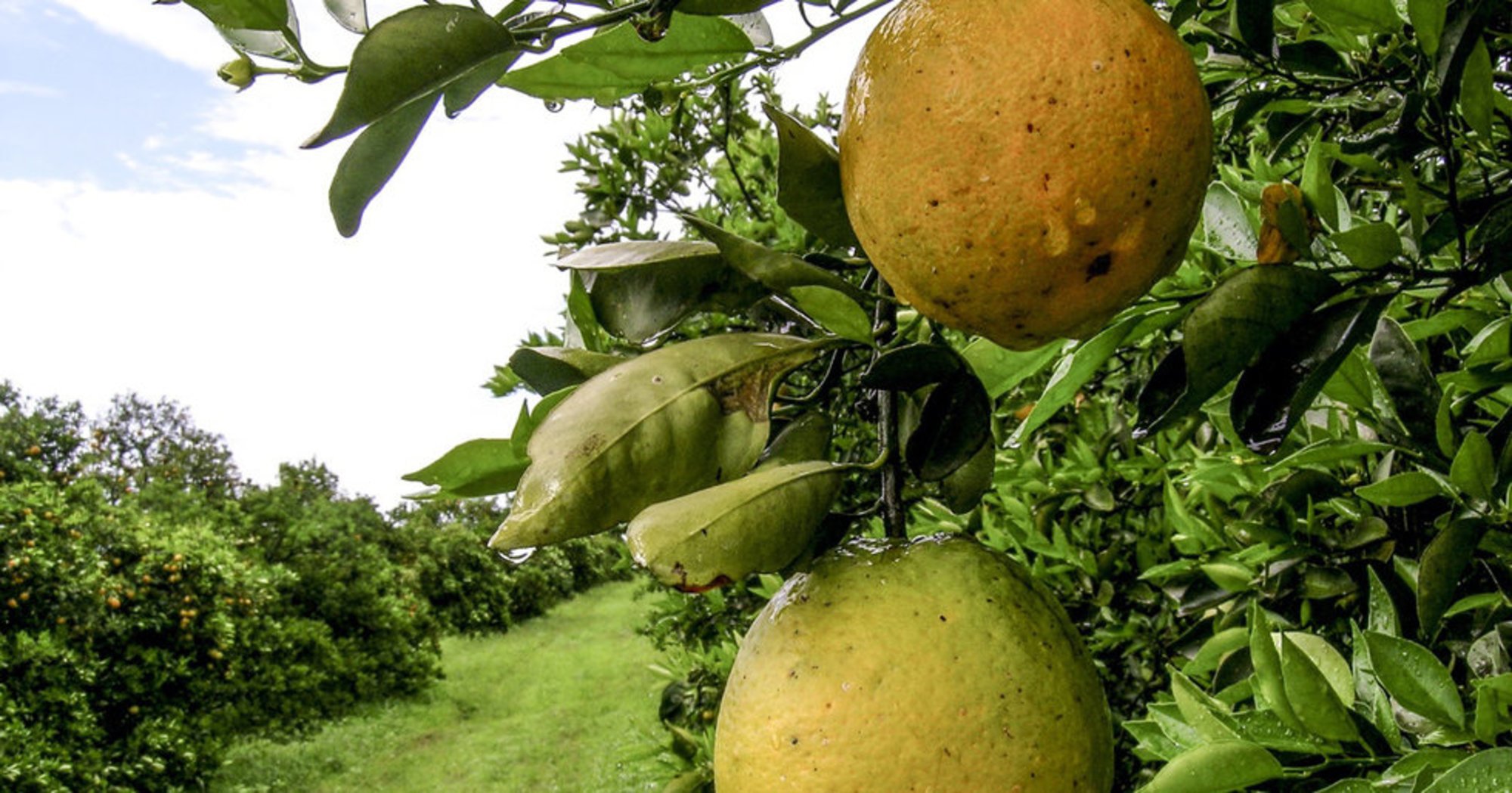 Over the course of 40 years, biologist Sharon Long has become an expert in symbiotic bacteria that help alfalfa grow. She has published over 150 papers on this one topic but when she realized her lab’s decades of highly focused research could contribute to a solution for citrus greening – a disease that devastates citrus crops – she was inspired to go in a new direction.

“I’m only two generations off a farm, and I read about citrus farmers losing their livelihood and land, and thus also losing generations of family tradition,” said Long, who is the William C. Steere, Jr. – Pfizer Inc. Professor in Biological Sciences in the School of Humanities and Sciences.

“We decided to redirect our efforts to work on this problem because we wanted to make a difference.”

That risk paid off with a new way of finding potential treatments for the disease, and a short list of 130 compounds to explore further. Details of the system and their screenings were published Aug. 19 in the Proceedings of the National Academy of Sciences.

“What we’ve completed is just a small part of what needs to be done,” said Melanie Barnett, a senior researcher in the Long lab and lead author of the paper.

“It’s beyond our expertise to pursue these findings to the level needed for real-world application, but it’s a foot in the door for researchers who can take those next steps.”

Citrus greening has devastated the citrus industry in Florida and is found in many of the country’s citrus growing regions. Even with high surveillance, the disease is spreading, and by the time symptoms of the lethal bacterial infection appear, it’s too late – the plants, bearing mottled leaves and ugly fruit with unpalatably bitter juice, must be uprooted and destroyed.

An increasingly common treatment for the infection is spraying whole orchards with antibiotics, which is a risky procedure that could allow drug-resistant bacteria to emerge and spread.

Despite its devastation, citrus greening has been difficult for researchers to study. The bacteria that cause the disease – Liberibacter asiaticus – won’t grow in a lab, and studying infected plants is possible only in a few highly protected and sealed locations in the U.S. Some researchers have turned to a close, but less harmful, bacterial relative to find answers. But the Long lab realized they could tackle the problem by focusing on a more distant relative – Sinorhizobium meliloti, which partners with certain plants, allowing them to grow without added nitrogen fertilizer.

“We’ve been working on this bacterium for 40 years and have developed tools that allow finely detailed genetic studies to be done,” Long said. “That provides an experimental platform not possible by working directly on this pathogen or even its close relatives.”

The researchers started by introducing genes from the citrus greening bacterium into their familiar S. meliloti cell. Those genes each code for a protein that the scientists think regulates aspects of infection.

Then, they engineered the bacteria so that when those infection-critical proteins were active, the bacteria glowed green in certain light. With this setup, if they exposed the bacteria to a chemical that inhibits the proteins – and perhaps also decreases the bacteria’s ability to infect citrus – the cell would become visibly less green.

This visual signal made it possible to screen over 120,000 different compounds with help from the Stanford High-Throughput Bioscience Center. That screen identified 130 compounds that dimmed the cells’ green glow without affecting its growth.

“Our system allowed us to find very specific inhibitors that do not harm beneficial bacteria,” explained Long. “Such inhibitors would be a big improvement compared to environmental spraying of general antibiotics.”

Beyond studying the 130 compounds, the group said other researchers could now test additional chemicals with the system they devised, or examine different genes.

“With this system, any gene from this pathogen or closely related pathogens can be tested in a very controlled way, very efficiently,” said Barnett. “The years of research that have gone into studying and working with Sinorhizobium can now save years of time that others would have spent developing such a system from scratch.”

For Long and Barnett, this endeavor had personal significance. Long is a Texas native whose grandparents grew up on farms and whose aunt was from a town in the Rio Grande Valley known for its citrus industry. She funded the first few months of this research from her own savings. Two of Barnett’s great-grandparents owned a wheat farm in Colfax, Washington before moving to California. Another set moved to California from Arkansas in 1920 and worked as migrant farmworkers throughout the state, often in the citrus industry. Barnett grew up in Southern California, where citrus greening disease was first found in 2012.

“Being able to provide for ourselves is rewarding. It’s also important for our well-being and for our national security,” said Barnett.

“Most of the citrus eaten out of hand comes from California and I feel a lot of pride and gratitude being from a state that feeds the country.”

Alongside encouraging further work on their candidate compounds and with their screening system, Long and Barnett finished their paper with a call to action. They urge other researchers to follow their lead and step out of their comfort zones to contribute whatever they can to the citrus greening crisis. The team has donated all information and materials to the public domain to encourage as many researchers as possible to use this system.