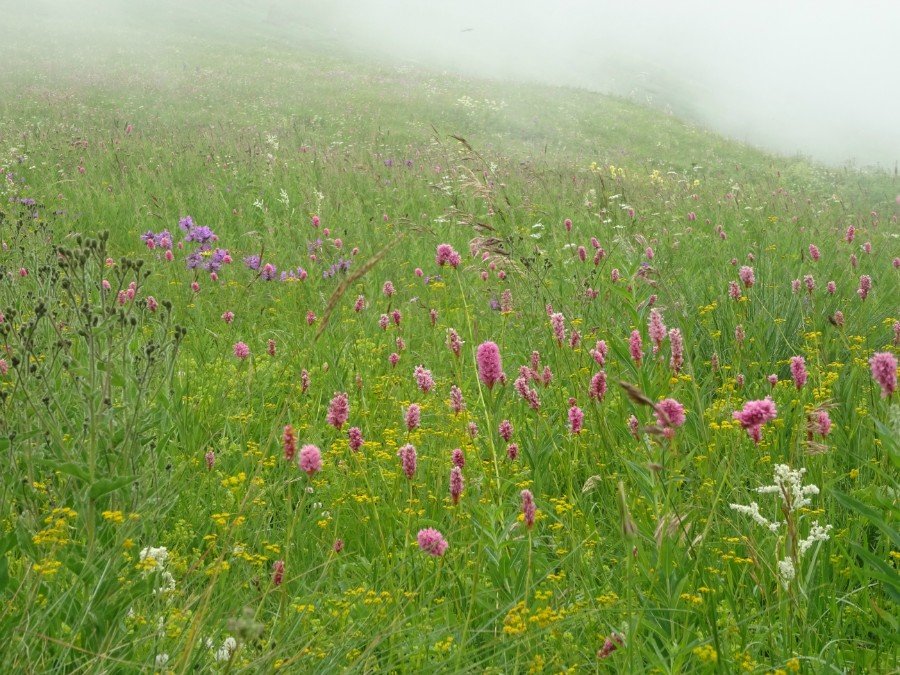 A continental-scale census and analysis of root-inhabiting microorganisms reveals that plants across Europe consistently harbour a small group of unexpectedly abundant ‘core’ microorganisms, irrespective of soil conditions and climate. This contrasts to strong effects of the local environment on the composition of surrounding soil microbial communities and on the relative fitness of different populations of the host plant. These findings have important implications for safeguarding plant health under changing climates.

Plants in nature harbour complex microbial communities of bacteria and filamentous eukaryotes (i.e. fungi and oomycetes), and the composition of these communities profoundly influences plant growth and health. Plants are anchored to the ground and their performance depends on belowground soil conditions but also on aboveground climate. However, our understanding of the relative contributions of soil conditions and climate to plant fitness and the make-up of plant-associated microbial communities remain unclear. A new study led by Stéphane Hacquard and Paul Schulze-Lefert in the Department of Plant Microbe Interactions at the Max Planck Institute for Plant Breeding Research in Cologne, Germany and Jon Ågren at the Department of Ecology and Genetics, Uppsala University in Sweden, has now comprehensively characterised these subterranean plant-associated communities.

To determine the contributions of climate and soil conditions to the composition of root-inhabiting microbial communities, the authors first sampled thale cress and grass plants from 17 sites in Northern and Southern Europe, together with soil from these locations. Despite extensive differences in soil microorganisms between the geographically very distant sites, there was remarkable similarity in the bacteria, and to a lesser extent in the filamentous eukaryotes associated with plant roots. In fact, the core membership found across all sampled European sites could be narrowed down to just 13 bacterial groups that abundantly colonize plant roots, irrespective of major differences in soil conditions and climate. These bacteria are likely very well adapted to the root habitat and might provide important benefits to their hosts. In an earlier study, Hacquard and his colleagues found that several members of this core group can enhance plant survival by blocking detrimental effects of filamentous eukaryotes.

Despite the presence of a small and abundant microbial core detected in plant roots across European sites, the local environment did influence the composition of root-associated microbial communities. To disentangle whether variation in root-inhabiting microorganisms was due to differences in soil or climate at the different locations, the authors selected two locally adapted thale cress populations that are confronted with highly contrasting soil and climatic conditions in their native habitats in Sweden and Italy. In a transplant experiment, plants from Italy and Sweden were planted in Italian and Swedish soils and grown in both countries. The researchers then looked at the microbes interacting with plant roots and also determined the importance of plant origin for survival and reproduction at the two sites. Across these large geographical distances, Hacquard and his colleagues found that differences in the make-up of root-inhabiting microbes were largely explained by soil conditions for bacteria and by climate for filamentous eukaryotes, and that the effect of plant genotype was small. They further found that differences in climate were much more important than differences in local soil conditions for adaptive genetic differentiation between these geographically widely separated thale cress populations.

The ubiquity of the 13 groups of bacteria that the authors found to associate with plant roots suggests that it may be advantageous to isolate the corresponding bacteria from the roots of healthy plants and to test their plant health-promoting effects in synthetic bacterial communities. This work also indicates that rapid changes in environmental conditions will not only affect the distribution and genetic composition of plant populations, but also the composition of subterranean root-inhabiting microorganisms, with unknown consequences for plant health.