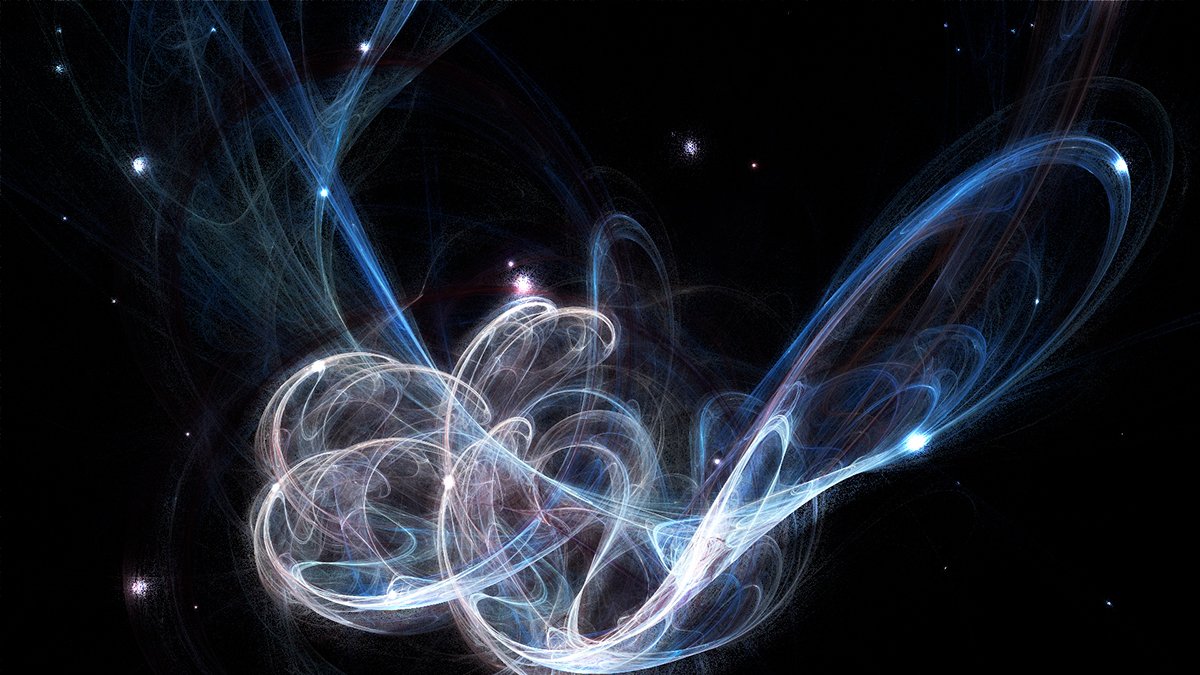 Neutrinos come in three flavours made up of a mix of three neutrino masses. While the differences between the masses are known, little information was available about the mass of the lightest species until now.

It’s important to better understand neutrinos and the processes through which they obtain their mass as they could reveal secrets about astrophysics, including how the universe is held together, why it is expanding and what dark matter is made of.

First author, Dr Arthur Loureiro (UCL Physics & Astronomy), said: “A hundred billion neutrinos fly through your thumb from the Sun every second, even at night. These are very weakly interactive ghosts that we know little about. What we do know is that as they move, they can change between their three flavours, and this can only happen if at least two of their masses are non-zero.”

“The three flavours can be compared to ice cream where you have one scoop containing strawberry, chocolate and vanilla. Three flavours are always present but in different ratios, and the changing ratio-and the weird behaviour of the particle-can only be explained by neutrinos having a mass.”

The concept that neutrinos have mass is a relatively new one with the discovery in 1998 earning Professor Takaaki Kajita and Professor Arthur B. McDonald the 2015 Nobel Prize in Physics. Even so, the Standard Model used by modern physics has yet to be updated to assign neutrinos a mass.

The study, published today in Physical Review Letters by researchers from UCL, Universidade Federal do Rio de Janeiro, Institut d’Astrophysique de Paris and Universidade de Sao Paulo, sets an upper limit for the mass of the lightest neutrino for the first time. The particle could technically have no mass as a lower limit is yet to be determined.

The team used an innovative approach to calculate the mass of neutrinos by using data collected by both cosmologists and particle physicists. This included using data from 1.1 million galaxies from the Baryon Oscillation Spectroscopic Survey (BOSS) to measure the rate of expansion of the universe, and constraints from particle accelerator experiments.

“We used information from a variety of sources including space- and ground-based telescopes observing the first light of the Universe (the cosmic microwave background radiation), exploding stars, the largest 3D map of galaxies in the Universe, particle accelerators, nuclear reactors, and more,” said Dr Loureiro.

“As neutrinos are abundant but tiny and elusive, we needed every piece of knowledge available to calculate their mass and our method could be applied to other big questions puzzling cosmologists and particle physicists alike.”

The researchers used the information to prepare a framework in which to mathematically model the mass of neutrinos and used UCL’s supercomputer, Grace, to calculate the maximum possible mass of the lightest neutrino to be 0.086 eV (95% CI), which is equivalent to 1.5 x 10-37 Kg. They calculated that three neutrino flavours together have an upper bound of 0.26 eV (95% CI).

Second author, PhD student Andrei Cuceu (UCL Physics & Astronomy), said: “We used more than half a million computing hours to process the data; this is equivalent to almost 60 years on a single processor. This project pushed the limits for big data analysis in cosmology.”

The team say that understanding how neutrino mass can be estimated is important for future cosmological studies such as DESI and Euclid, which both involve teams from across UCL.

The Dark Energy Spectroscopic Instrument (DESI) will study the large scale structure of the universe and its dark energy and dark matter contents to a high precision. Euclid is a new space telescope being developed with the European Space Agency to map the geometry of the dark Universe and evolution of cosmic structures.

Professor Ofer Lahav (UCL Physics & Astronomy), co-author of the study and chair of the UK Consortiums of the Dark Energy Survey and DESI said: “It is impressive that the clustering of galaxies on huge scales can tell us about the mass of the lightest neutrino, a result of fundamental importance to physics. This new study demonstrates that we are on the path to actually measuring the neutrino masses with the next generation of large spectroscopic galaxy surveys, such as DESI, Euclid and others.”