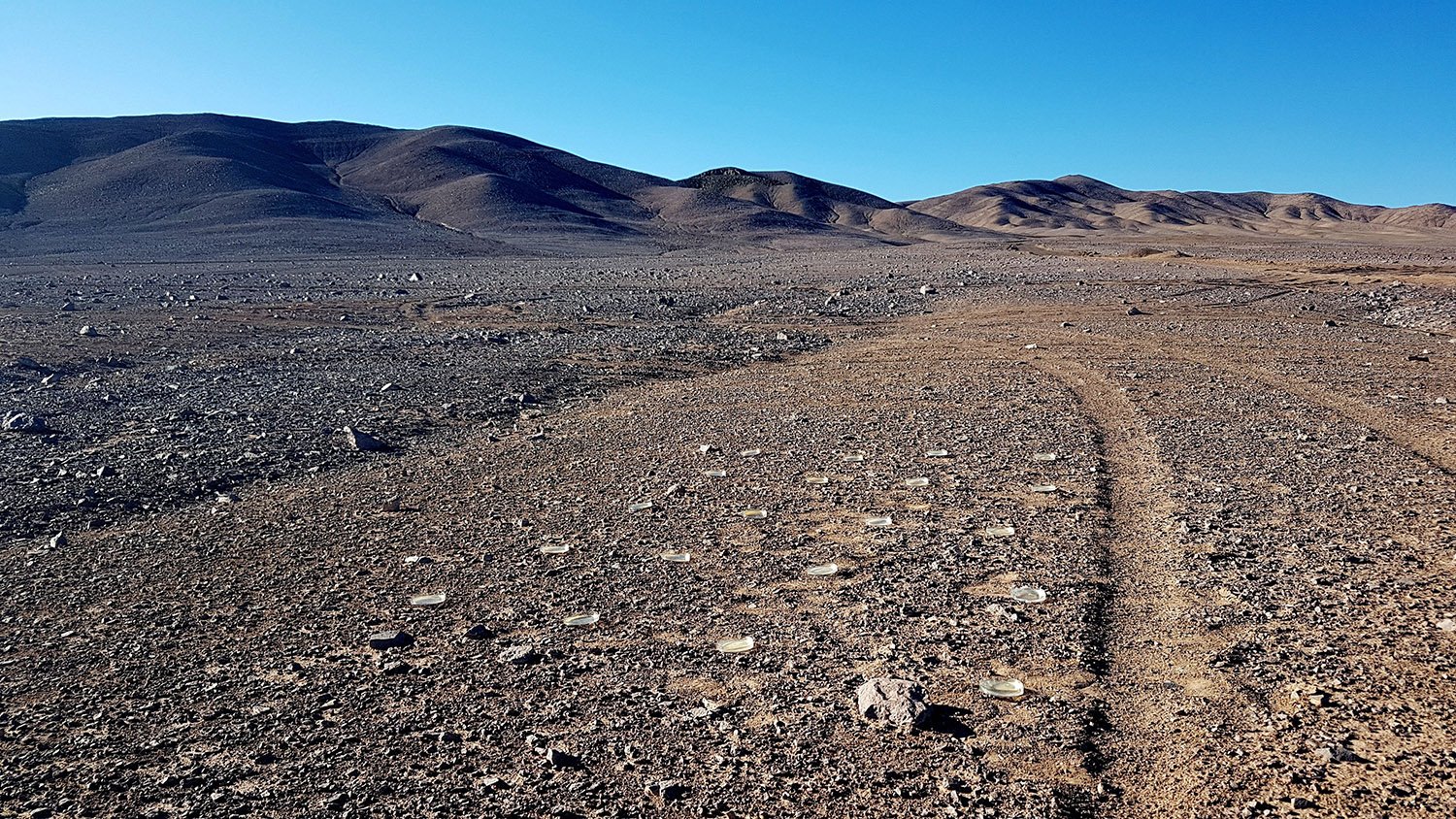 Microbial life on Mars may potentially be transported across the planet on dust particles carried by wind, according to a study conducted in the Atacama Desert in North Chile, a well-known Mars analogue. The findings are published in Scientific Reports.

Armando Azua-Bustos and colleagues investigated whether microbial life could move across the Atacama Desert using on wind-driven dust particles They sought to determine where these microorganisms originate, which may have implications for microbial life in extreme environments.

The authors collected 23 bacterial and eight fungal species from three sampling sites across two regions of the Atacama traversing its hyperarid core, which in addition to its extreme aridity is known for having highly saline/oxidizing soils and extremely high UV radiation. Only three of the species were shared among transects, suggesting that there are different airborne ecosystems in different parts of the desert. Bacterial and fungal species identified from the samples included Oceanobacillus oncorhynchi, a bacterium first described in aquatic environments, and Bacillus simplex, which originates from plants. These observations indicate that microbes may arrive at the hyperarid core from the Pacific Ocean and the Coastal Range of the desert.