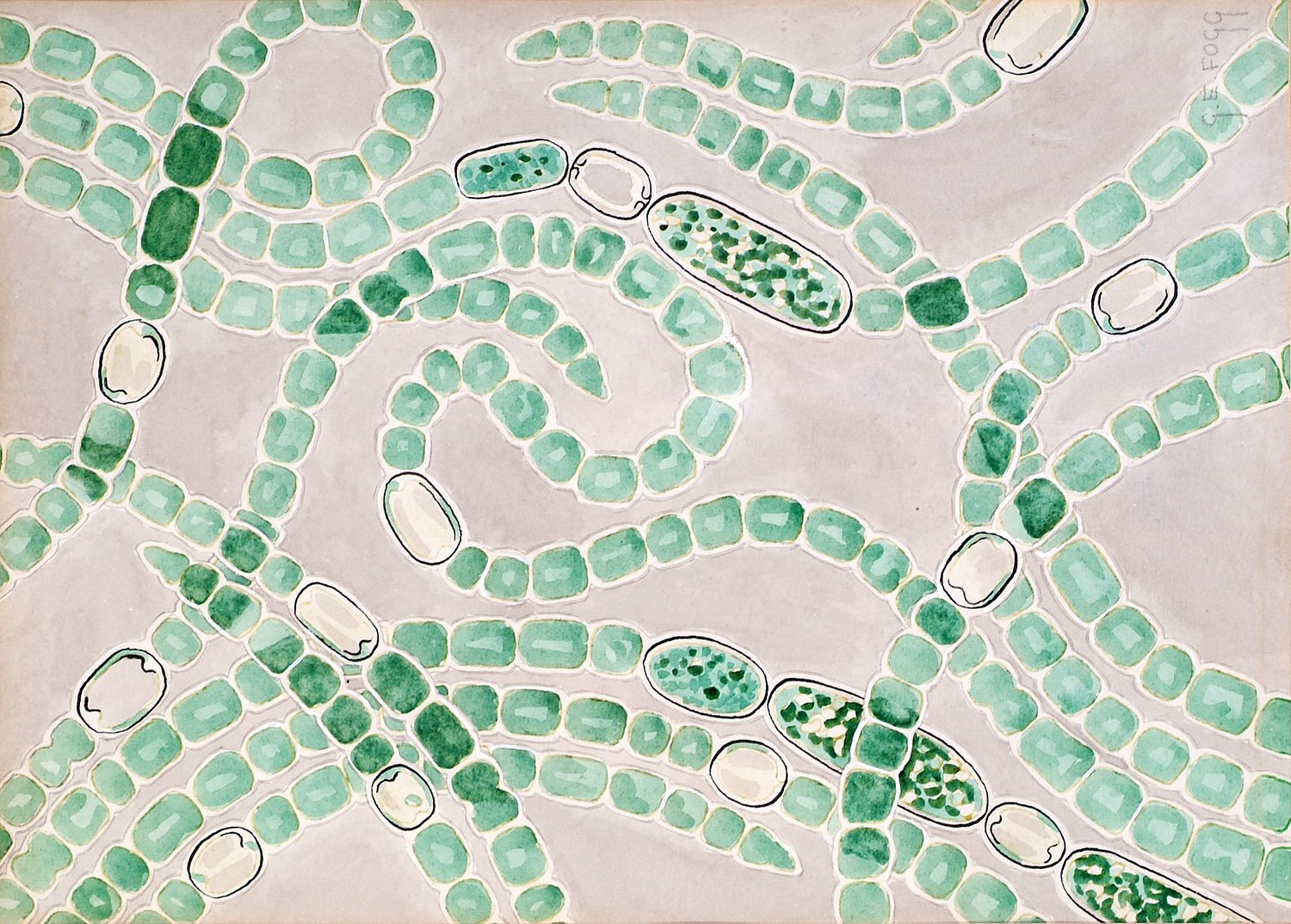 The enzyme-nitrogenase-can be traced back to the universal common ancestor of all cells more than four billion years ago.

Found only in bacteria today, nitrogenase is nevertheless essential for the production of oxygen from water in photosynthesis, making it instrumental in how aquatic bacteria produced Earth’s first molecular oxygen 2.5 billion years ago.

“For half of Earth’s 4.6 billion year existence, the atmosphere contained only carbon dioxide and nitrogen, with no oxygen, but this changed when cyanobacteria, also known as blue-green algae, started producing the first oxygen using nitrogenase. This led to the Great Oxidation Event,” explained study author Professor John Allen (UCL Genetics, Evolution & Environment).

“But instead of rising steadily, atmospheric oxygen levels stabilised at 2% by volume for about two billion years before increasing to today’s level of 21%. The reasons for this have been long debated by scientists and we think we’ve finally found a simple yet robust answer.”

A study, published today in Trends in Plant Sciences by researchers from UCL, Queen Mary University of London and Heinrich-Heine-Universität Düsseldorf, proposes for the first time that atmospheric oxygen produced using nitrogenase blocked the enzyme from working.

This negative feedback loop prevented further oxygen from being made and initiated a long period of stagnation in Earth’s history about 2.4 billion years ago.

Lasting nearly two billion years, the Proterozoic Eon saw very little change in the evolution of life, ocean and atmosphere composition and climate, leading some to call it the ‘boring billion’.

“There are many ideas about why atmospheric oxygen levels stabilised at 2% for such an incredibly long period of time, including oxygen reacting with metal ions, but remarkably, the key role of nitrogenase has been completely overlooked,” said study co-author Professor William Martin (Heinrich-Heine-Universität Düsseldorf).

“Our theory is the only one that accounts for the global impact on the production of oxygen over such a sustained period of time and explains why it was able to rise to the levels we see today, fuelling the evolution of life on Earth.”

The team says that the negative feedback loop ended only when plants conquered land about 600 million years ago.

When land plants emerged, their oxygen producing cells in leaves were physically separated from nitrogenase containing cells in soil. This separation allowed oxygen to accumulate without inhibiting nitrogenase.

This theory is supported by evidence in the fossil record that shows cyanobacteria had begun to protect nitrogenase in dedicated cells called heterocysts about 408 million years ago, once oxygen levels were already increasing from photosynthesis in land plants.

“Nitrogenase is essential for life and the process of photosynthesis as it fixes nitrogen in the air into ammonia, which is used to make proteins and nucleic acids,” said co-author Mrs Brenda Thake (Queen Mary University of London).

“We know from studying cyanobacteria in laboratory conditions that nitrogenase ceases to work at higher than 10% current atmospheric levels, which is 2% by volume, as the enzyme is rapidly destroyed by oxygen. Despite this being known by biologists, it hasn’t been suggested as a driver behind one of Earth’s great mysteries, until now.”