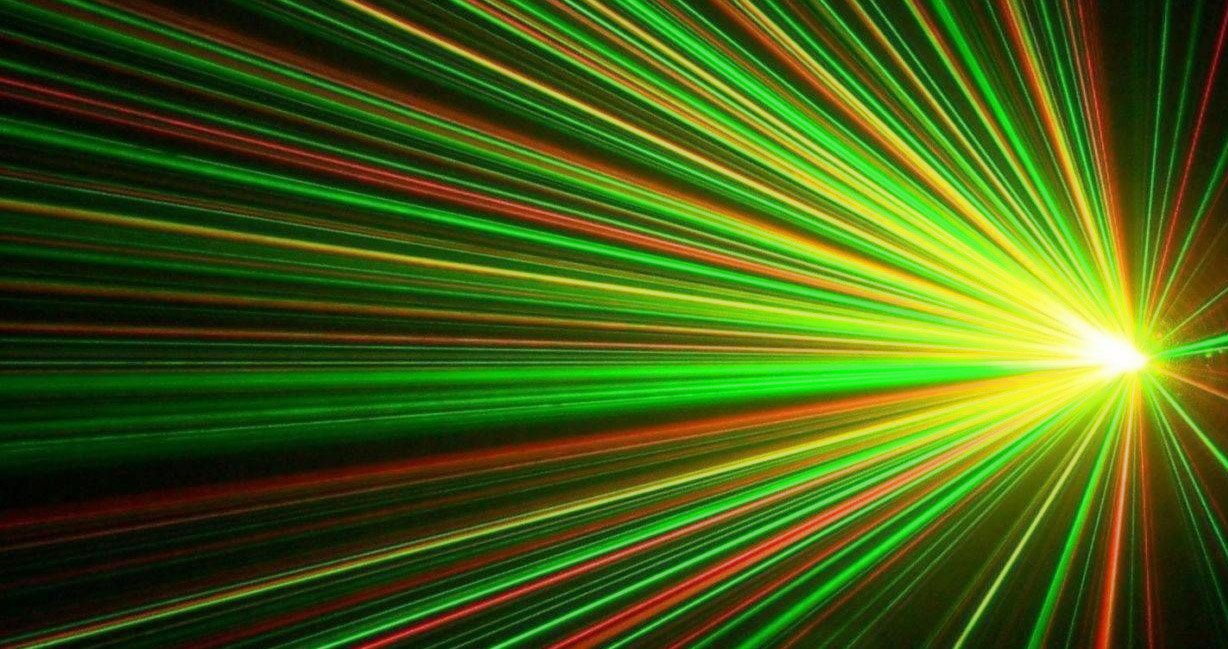 Researchers have developed a new laser-based method that can detect electric charges and chemicals of interest with unprecedented sensitivity. The new approach could one day offer a way to scan large areas for radioactive material or hazardous chemicals for safety and security applications.

The new technique, called mid-infrared picosecond laser-driven electron avalanche, detects extremely low charge densities – the number of electric charges in a certain volume – in air or other gases. The researchers were able to measure electron densities in air produced by a radioactive source at levels below one part per quadrillion, equivalent to picking out one free electron from a million billion normal air molecules.

In Optica, The Optical Society’s journal for high impact research, researchers from the University of Maryland report using the new method to calibrate lasers used to inspect irradiated air from 1 meter away. They say the approach could be applied to detecting other chemicals and species and could be scaled up for remote detection at distances of 10 meters and, eventually, 100 meters.

“We can determine charge densities much too low to measure with any other method,” said Daniel Woodbury, the lead author on the paper.

“We demonstrate the method’s ability to detect a radioactive source, but it could eventually be used for any situation that requires measuring trace amounts of a chemical in a gas, such as helping to track pollution, chemicals or safety hazards.

The new technique is based on a process known as electron avalanche in which a laser beam accelerates a single free electron in a gas until it gains enough energy to knock a different electron off a molecule, resulting in a second free electron. This process repeats and develops into a collisional cascade, or avalanche, that grows exponentially until a bright observable spark appears in the laser focus.

“Although laser-driven electron avalanche has existed since the 1960s, we used a new kind of high-energy, long-wavelength laser – a picosecond mid-IR laser – to enable detection of localized collisional cascades seeded only by the initial free electrons,” said Howard M. Milchberg, the research team lead. “When shorter wavelength laser pulses are used, the original free electrons seeding the avalanches are masked by free electrons generated directly by laser photons, rather than through collisions.

The research builds on the group’s previous work, which demonstrated that avalanche breakdown driven by a mid-IR laser was sensitive to the density of electrons near a radioactive source and changed the amount of time it took for the breakdown to happen.

“We conceived this method to remotely measure radiation near a radioactive source because the signals from Geiger counters and scintillators, conventional detectors of radioactive decay products, drop significantly at distances far from the source,” said Robert M. Schwartz, a student working on the project.

“With a laser beam, however, we can remotely probe electrons produced in air near the source.”

However, in their previous experiments it was hard to determine exactly how many electrons were seeding a breakdown because the avalanche growth is exponential. “Ten, 100 or even 1000 electrons could all produce very similar signals,” said Woodbury. “While we could use theoretical models to give rough estimates, we couldn’t definitively say what electron densities we were measuring.”

Sensitivity plus location and time information

The researchers demonstrated the viability of the detection concept by using it to measure charge densities produced near a radioactive source that ionizes the air. They measured electron densities down to a concentration of 1000 electrons per cubic centimeter, limited by the background charge in air from cosmic rays and naturally occurring radioactivity. The method was used to precisely benchmark their laser avalanche probe for remote detection of the radioactive source.

“Other methods are limited to approximately 10 million times higher concentrations of electrons with little to no spatial and temporal resolution,” said Milchberg.

“Our method can count electrons directly and determine their location with a precision on the order of ten microns on time scales of about 10 picoseconds.”

The researchers say that the technique can be used to measure ultra-low charge densities from a range of sources including strong field physics interactions or chemical species. “Pairing the picosecond mid-IR laser with a second laser that selectively ionizes a molecule of interest could allow the technique to measure the presence of chemicals with sensitivities far better than 1 part per trillion, the current limit for detecting very small concentrations in a gas,” said Woodbury. They are continuing work to make the method more practical for use in the field.