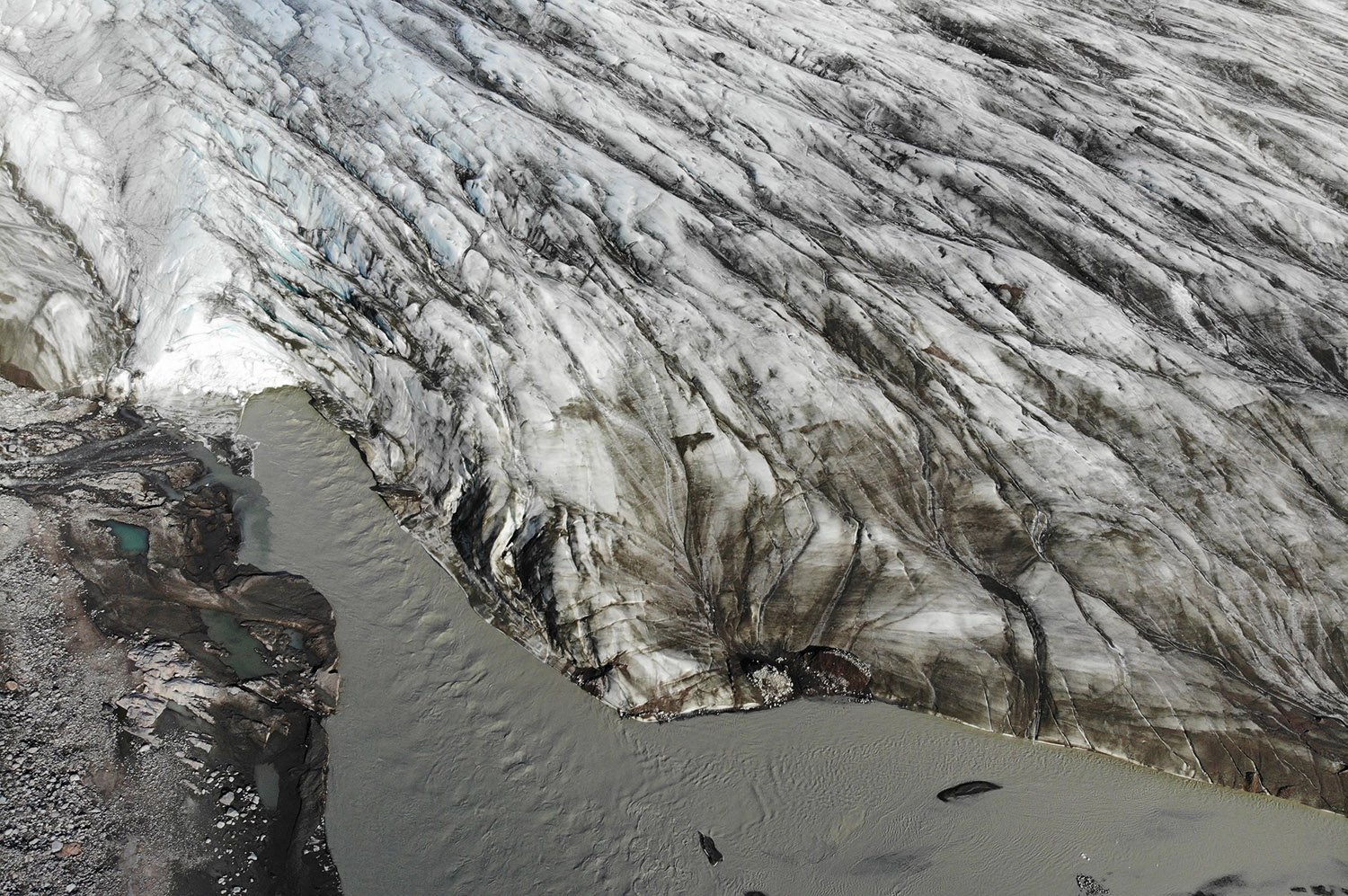 Ice sheets which cover about 10 percent of our Earth’s land surface at present, were thought 20 years ago to be frozen wastelands, devoid of life and with supressed chemical weathering – irrelevant parts of the carbon cycle.

Now a world-leading international team, led by Professor Jemma Wadham from the University of Bristol’ School of Geographical Sciences and Cabot Institute for the Environment, have pulled together a wealth of evidence published over the last 20 years to demonstrate that ice sheets can no longer be regarded as frozen and passive parts of Earth’s carbon cycle.

Their findings are published today in the journal Nature Communications.

“Here, grinding of rock by moving ice is high, liquid water is abundant and microbes thrive in melt zones despite inhospitable conditions – the ice sheets erode their bedrock, cold-adapted microbes process the ground rock and boost nutrient release and glacial meltwaters export this nutrient to the oceans, also stimulating the upwelling of further nutrient from depth at glacier marine margins.

“All this nutrient supports fisheries and stimulates drawdown of carbon dioxide (CO2) from the atmosphere.”

“Some of this carbon is released in meltwaters and fuels marine food webs. The carbon that is left behind in deep parts of ice sheets is converted to methane gas by microbial and/or geothermal activity, which has the potential to be stored as solid methane hydrate under low temperatures and high pressure conditions.

“We have no idea how stable potential methane hydrate will be in a warming climate if ice sheets thin. There is evidence from past phases of ice sheet wastage in Europe that sub-ice sheet methane hydrate has existed and can be released rapidly if ice thins.”

The study also takes a walk back in time to the last transition from glacial (cold) to interglacial (warm) conditions of the present day, analysing ocean cores around Antarctica for clues which might link ice sheet nutrient (iron) export via Antarctic icebergs to the changing productivity of the Southern Ocean – an important global sink for carbon.

Co-author, Dr Jon Hawkings from Florida State University/GFZ-Potsdam, said: “One important way that the Southern Ocean takes carbon out of the atmosphere is by growth of phytoplankton in its surface waters.

“However, these tiny ocean dwelling plants are limited by availability of iron. We have long thought that atmospheric dust was important as a supplier of iron to these waters, but we now know that icebergs host iron-rich sediments which also fertilise the ocean waters as the bergs melt.”

Professor Karen Kohfeld, a palaeo-oceanographer and co-author from Simon Fraser University, added: “What you see in ocean cores from the sub-Antarctic is that as the climate warmed at the end of the last glacial period, iceberg sediment (and therefore, iron) supply to the sub-Antarctic Southern Ocean falls, as does marine productivity while CO2 rises.

“While there are many possible causes for the CO2 rise, the data tantalizingly suggests that falling iron supply to the Southern Ocean via icebergs could have been a contributing factor.”

What is important about this study is that is brings together the work of hundreds of scientists from all over the world published over three decades to show, via a landmark paper, that we can no longer ignore ice sheets in models of the carbon cycle and under scenarios of climate change.

Professor Wadham added: “Ice sheets are highly sensitive parts of our planet – we change temperatures in the air and ocean waters around them and thinning and retreat are inevitable.

“The evidence we present here suggests that ice sheets may have important feedbacks to the carbon cycle which require further study as the uncertainty is still huge.

“Gaining access to some of the most inaccessible and challenging parts of ice sheet beds, for example via deep drilling, alongside building numerical models which can represent biogeochemical processes in ice sheets will be key to future progress in this field.”