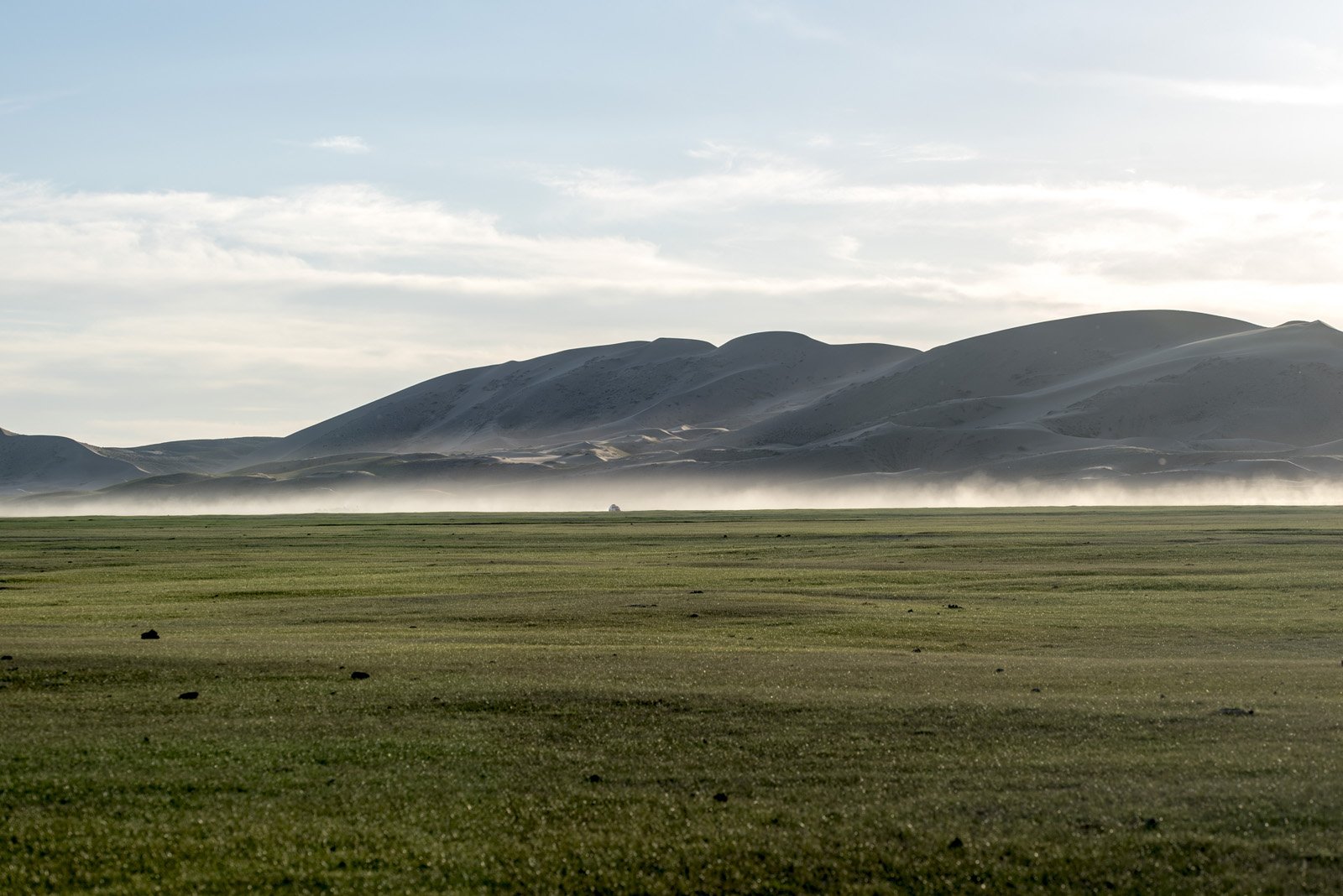 Northern and Central Asia have been neglected in studies of early human migration, with deserts and mountains being considered uncompromising barriers. However, a new study by an international team argues that humans may have moved through these extreme settings in the past under wetter conditions. We must now reconsider where we look for the earliest traces of our species in northern Asia, as well as the zones of potential interaction with other hominins such as Neanderthals and Denisovans.

Archaeologists and palaeoanthropologists are increasingly interested in discovering the environments facing the earliest members of our species, Homo sapiens, as it moved into new parts of Eurasia in the Late Pleistocene (125,000-12,000 years ago). Much attention has focused on a ‘southern’ route around the Indian Ocean, with Northern and Central Asia being somewhat neglected. However, in a paper published in PLOS ONE, scientists of the Max Planck Institute for the History of Human Science in Jena, Germany, and colleagues at the Institute of Vertebrate Paleontology and Paleoanthropology in Beijing, China, argue that climate change may have made this a particularly dynamic region of hominin dispersal, interaction, and adaptation, and a crucial corridor for movement.

‘Heading North’ Out of Africa and into Asia

“Archaeological discussions of the migration routes of Pleistocene Homo sapiens have often focused on a ‘coastal’ route from Africa to Australia, skirting around India and Southeast Asia,” says Professor Michael Petraglia of the Max Planck Institute for the Science of Human History, a co-author of the new study. “In the context of northern Asia, a route into Siberia has been preferred, avoiding deserts such as the Gobi.” Yet over the past ten years, a variety of evidence has emerged that has suggested that areas considered inhospitable today might not have always been so in the past.

“Our previous work in Saudi Arabia, and work in the Thar Desert of India, has been key in highlighting that survey work in previously neglected regions can yield new insights into human routes and adaptations,” says Petraglia. Indeed, if Homo sapiens could cross what is now the Arabian Deserts then what would have stopped it crossing other currently arid regions such as the Gobi Desert, the Junggar Basin, and the Taklamakan Desert at different points in the past? Similarly, the Altai Mountains, the Tien Shan and the Tibetan Plateau represent a potentially new high altitude window into human evolution, especially given the recent Denisovan findings from Denisova Cave in Russia and at the Baishiya Karst Cave in China.

Nevertheless, traditional research areas, a density of archaeological sites, and assumptions about the persistence of environmental ‘extremes’ in the past has led to a focus on Siberia, rather than the potential for interior routes of human movement across northern Asia.

Indeed, palaeoclimatic research in Central Asia has increasingly accumulated evidence of past lake extents, past records of changing precipitation amounts, and changing glacial extents in mountain regions, which suggest that environments could have varied dramatically in this part of the world over the course of the Pleistocene. However, the dating of many of these environmental transitions has remained broad in scale, and these records have not yet been incorporated into archaeological discussions of human arrival in northern and Central Asia.

“We factored in climate records and geographical features into GIS models for glacials (periods during which the polar ice caps were at their greatest extent) and interstadials (periods during the retreat of these ice caps) to test whether the direction of past human movement would vary, based on the presence of these environmental barriers,” says Nils Vanwezer, PhD student at the Max Planck Institute for the Science of Human History and a joint lead-author of the study.

“We found that while during ‘glacial’ conditions humans would indeed likely have been forced to travel via a northern arc through southern Siberia, during wetter conditions a number of alternative pathways would have been possible, including across a ‘green’ Gobi Desert,” he continues. Comparisons with the available palaeoenvironmental records confirm that local and regional conditions would have been very different in these parts of Asia in the past, making these ‘route’ models a definite possibility for human movement.

“We should emphasize that these routes are not ‘real’, definite pathways of Pleistocene human movement. However, they do suggest that we should look for human presence, migration, and interaction with other hominins in new parts of Asia that have been neglected as static voids of archaeology,” says Dr. Patrick Roberts also of the Max Planck Institute for the Science of Human History, co-author of the study. “Given what we are increasingly discovering about the flexibility of our species, it would be of no surprise if we were to find early Homo sapiens in the middle of modern deserts or mountainous glacial sheets.”

“These models will stimulate new survey and fieldwork in previously forgotten regions of northern and Central Asia,” says Professor Nicole Boivin, Director of the Department of Archaeology at the Max Planck Institute for the Science of Human History, and co-author of the study. “Our next task is to undertake this work, which we will be doing in the next few years with an aim to test these new potential models of human arrival in these parts of Asia.”