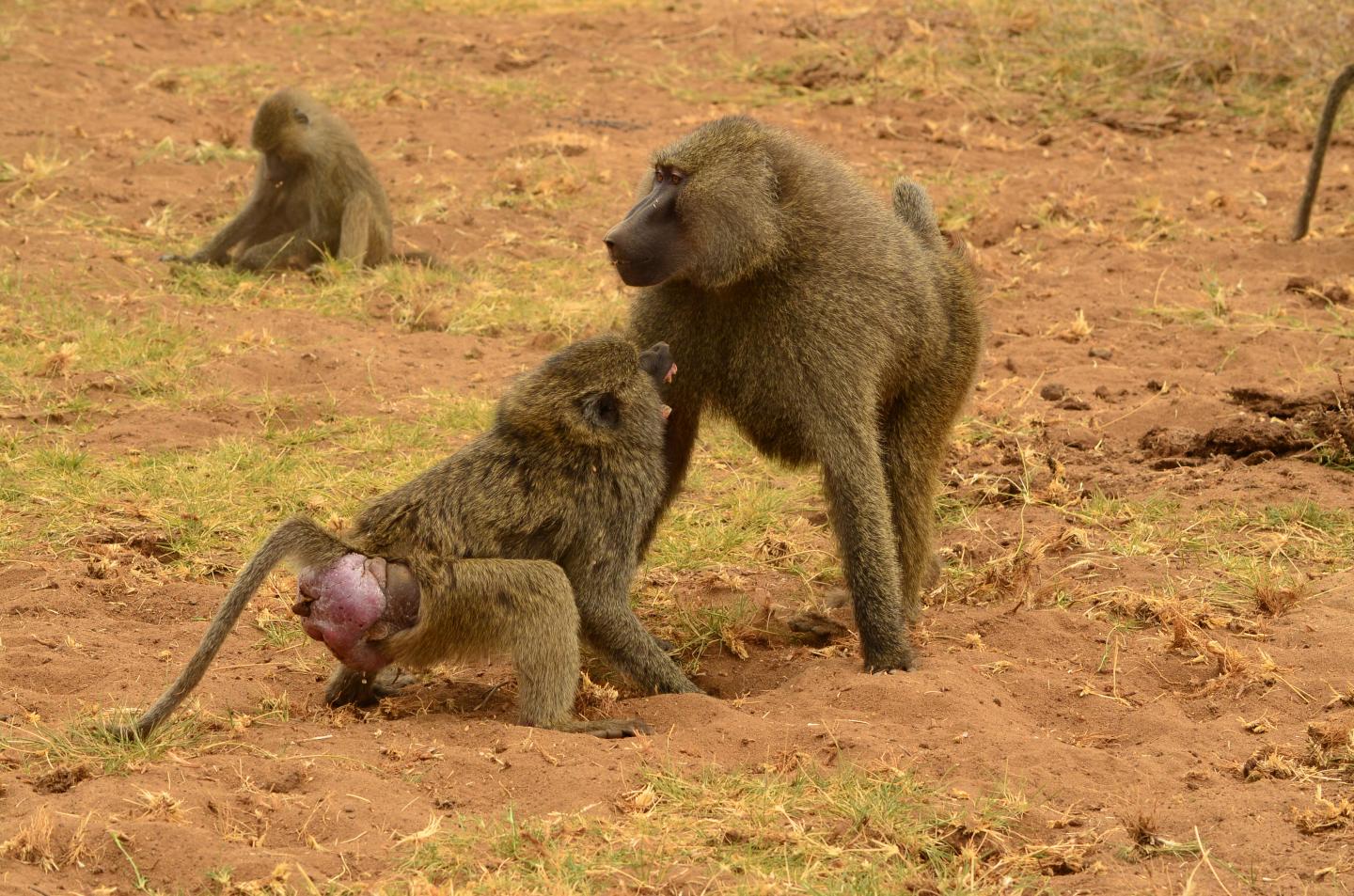 Sexually transmitted diseases are widespread among animals and humans. Humans, however, know a multitude of protective and hygienic measures to protect themselves from infection. An international research team led by scientists at the German Primate Center (DPZ) – Leibniz Institute for Primate Research has investigated whether our closest relatives, the primates, change their sexual behavior to minimize the risk of contracting a sexually transmitted disease. At Lake Manyara National Park in Tanzania, researchers observed the mating behavior of olive baboons infected with Treponema pallidum. It was found that the females avoid mating if either the male or the female themselves showed visible signs of the infection. Males, on the other hand, did not change their behavior. (Science Advances, 2019)

Treponema pallidum subsp. pertenue causes ulcers in the genital area of baboons in East Africa that lead to severe distortions of the genitalia as the disease progresses. The pathogen also affects other monkey species. In humans, the bacteria causes yaws, which especially in children, leads to skin lesions and ultimately to severe bone and cartilage damage. Affected humans are physical disabled and stigmatized. Yaws is primarily transmitted via skin-to-skin contact and is currently the subject of a WHO campaign to eradicate the disease by 2030. Closely related to the yaws pathogen is the syphilis pathogen, Treponema pallidum subsp. pallidum. Syphilis is also one of the most common sexually transmitted diseases in humans.

Olive baboons are found from Mali in West Africa to Ethiopia, Kenya and northern Tanzania in East Africa. A group of scientists of the German Primate Center, led by Dietmar Zinner and Sascha Knauf, studied the mating behavior of the olive baboons in Lake Manyara National Park in Tanzania over 18 months. The study group consisted of approximately 170 baboons. Female olive baboons in peak estrus usually mate with more than one male. The peak estrus is indicated by a prominent swelling of their sexual skin. For her doctoral thesis, Filipa Paciência observed 876 mating attempts between 32 females and 35 males of which 540 led to copulations. In the vast majority of cases, the mating was initiated by the males. It was found that the females more often avoided mating attempts by males if the male or they showed visible signs of an infection. Compared to other studies of baboon populations that were not infected, a female in the study group had on average fewer mating partners.

“Our findings indicate that the risk of contracting a sexually transmitted disease can produce individual behavioral changes that could lead to a change in partner choice and potentially reduce the degree of promiscuity in a nonhuman primate population,” summarizes principle investigator Dietmar Zinner.